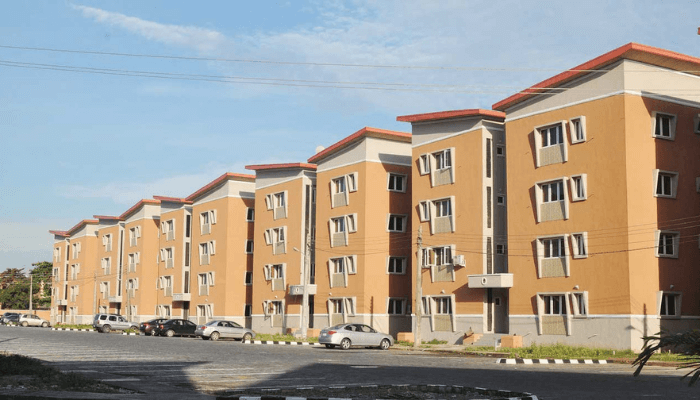 Notwithstanding their recapitalisation and consolidation plus the intervention of the Nigerian Mortgage Refinance Company (NMRC), Nigeria’s primary mortgage banks (PMBs) are still struggling with liquidity issues.

Experts say these exercises were expected to serve as launch pads for the growth of the banks. The setting up of NMRC, they add, raised that expectation, but it all seems to be a dashed dream.

As a private sector-led mortgage refinancing company, NMRC has the public purpose of promoting homeownership for Nigerians while deepening liquidity in the mortgage market by raising long-term funds from the capital market.

Access to affordable housing finance is still a huge problem to many Nigerians who would rather buy, but have resorted to renting their accommodation. As a result, the rental market has become a “killing field” where renters are at the mercy of landlords. BusinessDay findings reveal that, as a result of rising costs, especially those of building materials, rents have gone up by over 50 percent in the last 24 months and, according to Bismarck Rewane, CEO, Financial Derivatives Company, rents will still go up in the months ahead, citing poor economic condition that has left more Nigerians poorer.

In most of the South Western cities, rental homes are getting more and more expensive as professionals and young families struggle to pay exorbitant rents demanded by landlords. This is driven largely by shortage in affordable homes and lack of a functional system that guarantees affordable mortgages for home buyers.

Many professionals struggle with the high cost of living close to their offices, except high-income earners who can afford expensive rents in the city centres. While most families still earn the same salary before and after COVID-19 pandemic, cost of living including food and house prices keep sky-rocketing.

Read also: Nigerian banks grow profit by most in 7yrs despite limited cash

NMRC had raised a total of N19 billion from the capital market to refinance mortgage loans provided by partnering mortgage and commercial banks. It raised N8 billion in July 2015 and N11 billion in June 2018. That was expected to bring vibrancy to the illiquid PMBs who were to on-lend their refinanced mortgages to loan applicants for home purchases. But that remains to be seen.

A mortgage bank operator, who does not want to be named, explains to BusinessDay that many of his colleagues either do not qualify or cannot access the NMRC refinancing due to the interest rate, which is not much different from the open market rate.

“The original intention of NMRC is to increase liquidity in the mortgage market by raising long-term funds and dragging down interest rate to single digits; but that is yet to happen,” the operator notes, corroborating Charles Inyangete, NMRC’s former CEO’s view that the market was still not mature for single-digit interest rate.

NMRC has just raised fresh funds totalling N10 billion from the capital market, and this plus the earlier raised equal to N29 billion. Kehinde Ogundimu, the company’s CEO, hopes that “the proceeds of the new fund would be used to refinance existing and conforming mortgage loans.

“This issuance demonstrates NMRC’s commitment to the provision of affordable liquidity to the mortgage market by attracting long-term funding into the housing finance industry from the capital markets.”

He also hopes that the new interest rate regime would reduce the rate at which the primary mortgage institutions on-lend to their customers and, in the long-term, substantially drive reduction in mortgage interest rates as well as translate to cost reductions in housing construction finance.

But worried about the deepening crisis in the housing sector, BusinessDay asks questions as to whether the PMBs are truly deploying their finances they got from NMRC.

Adeniyi Akinlusi, former president of Mortgage Bankers Association of Nigeria (MBAN) and also former CEO of Trustbond Mortgage Bank, says they are. “Yes, we are. We are creating mortgages,” he affirms.

Besides the interest payable, the potential loan seeker must also have a certain percentage of the total amount needed for home purchase readily available. This amount is known as equity and should range between 20-30 percent of the total cost of the home.

So, in Nigeria, if a home buyer takes a mortgage loan of N25 million at 15 percent per annum interest rate, he would have paid N37.9 million in interest-only over the 15-year period. This is more than the principal itself.

The trick here is that at 15 percent interest rate, it takes a lender approximately seven years to recover the N25 million he lends out. That becomes about six years if the interest rate is 20 percent.

This is why, with that sort of interest rate, industry experts argue if there is anyone who can honestly afford a mortgage loan on a steady salary. This also explains why, at 0.6 percent mortgages to Gross Domestic Product (GDP) rate, Nigeria lags Ghana’s 2 percent, South Africa’s 30 percent, the US and UK rate at 60 percent and 70 percent, respectively.

Why standards, best practices are needed in FM industry