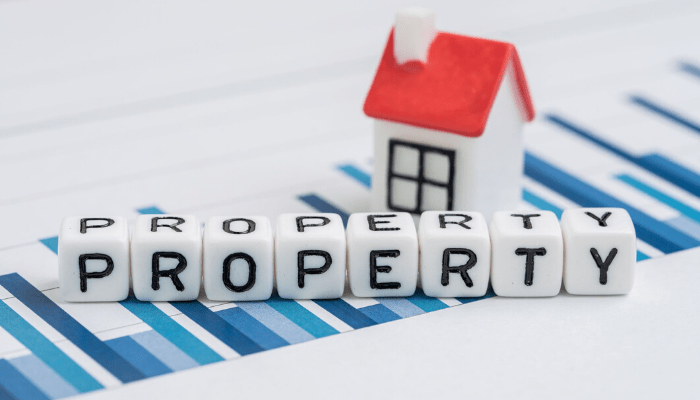 Nigerian real estate sector recorded the fastest growth yet since 2016 at -2.36 percent for the year ended December 2019, the fourth-quarter report by the National Bureau of Statistics (NBS) shows.

Despite ending 2019 in contraction mode, the growth reported by the property sector last year was 4.5 points better than the -6.86 percent recorded in the comparable period of 2016, the year NBS started collating data for the industry.
The adjustment to the new balance between property buyers and sellers was one of the factors why the property industry outperformed its growth performance in the last three years, as compiled from an industry survey.

“Developers are coming to the market with products that are within the reach of today’s consumer. Prices are not as far as they can be – but they are not as high as they used to be,” Ayo Ibaru, COO /Director – real estate advisory, Northcourt said.

Analysis of the NBS report shows that Nigeria’s property industry recorded a growth of -3.45percent in the last quarter of 2019, 0.40 points higher than the -3.05 percent growth reported in the comparable quarter of the previous year.

Nigerian economy grew the fastest since the recession in 2016. It’s GDP expanded by 2.27 percent in 2019, higher than the 1.91 percent growth reported in 2018. This was largely supported by the growth recorded in the final quarter of last year at 2.25 percent, the strongest level since Q3 2015.
While Nigeria’s GDP outperformed the World Bank and IMF predictions of 2.0 percent and 2.1 percent receptively, the non-oil sector remained the key driver of growth in Q4’19,  a sign that Nigeria has not succeeded in its economic diversification drive.

“The real estate sector is a laggard, but this is understandable. Not much progress can be made in this sector with a large portion of Nigeria’s population outside the housing market and mortgage still remains too expensive for many people to access and afford,” Adeniyi Akinlusi, CEO, Trustbond Mortgage explained.

After exiting 12 consecutive quarter recession in the first quarter of 2019, Nigerian real estate was hit by slow economic growth, lack of liquidity and dampened purchasing power in most part of 2019 but ended the year with a new record.

Further analysis of the NBS report for Q4 2019 revealed that the real estate’s contribution to Nigeria economy was down 0.39 percentage points in the review quarter from 6.60 percent in Q4 2018 to 6.21 percent in the corresponding quarter of last year.

With a housing deficit of more than 20 million units, Nigeria’s property market which requires an estimated N170trillon to N200trillion to bridge the housing gap is expected to stabilize and report growth in 2020.

Estimated by industry players to grow at 3 percent in 2020, Nigeria’s real estate market is expected to leverage market realization, new policies by both the Federal government and the Central Bank of Nigeria, and the surge in the demand for affordable housing to report growth.

Largely driven by Nigeria’s young population, the surge in the urban growth at 4.3 percent is one of the factors cited by industry players to spur growth in the industry as housing anywhere in the world is a basic necessity, which in the order of human needs, ranks third after food and clothing.

Having the highest population in Africa at 200 million, Nigeria’s homeownership of 25 percent is a laggard when compared to the 84 percent in Indonesia, 75 percent in Kenya and 56 percent in South.

Faced with the challenges of low purchasing power fuelled by Nigeria’s slow economic growth, lack of functioning mortgage system and poor income level, more than 64 million employed Nigerians do not have the capacity to acquire the expensive properties largely constructed by most real estate developers.

But the recent realisation by property developers to bridge the supply-demand with focus on the smaller unit apartment is an initiative expected by industry experts to bring growth to the sector.

“Developers are beginning to look into the small unit apartments especially because it has huge potential and from our data, we have a chunk of request for one-bedroom and studio apartments,” Tunde Balogun, CEO of Rent Small-Small said.

The declining Treasury-Bill rates is also considered an opportunity for the real estate sector as industry experts expect that it to draw investors’ attention to put funds into the sector since there are scarce investment options that can bring returns higher than the inflation rate.

“With limited attractive investment options in Nigeria, the real estate sector can get more funds this year and this can mean there will be more inventory in the market,” a Lagos-based real estate analyst said.

The treasury bills market went bearish from the beginning of Q4 2019 as treasury stop rates dipped. The yields on the treasury bills went from double-digit at the beginning of Q1 2019 to single-digits towards the end of the year. Since then the rates have been hovering at a maximum of 6 percent.
More than N157.42 billion worth of failed transactions were recorded at the Nigerian Treasury Bills (T-Bills) auction conducted Wednesday by the Central Bank of Nigeria (CBN) on behalf of the Federal Government of Nigeria (FGN) due to the excess liquidity in the financial system.

Investors bid at rates which were as high as 4 percent, 6 percent and 13.18 percent on the 91-day, 182-day and 364-day bills respectively.
Subsequently, the apex bank lowered rates to 3 percent, 4 percent, on the 91-day, and 182-day maturities; flat rates, as the rates were the same at the stop rate from the previous auction.

Also, real estate experts are sure that the new Finance Act which has a tax waiver for companies with an annual profit of about N25 million will catalyze real estate growth.

President Muhammadu Buhari signed the Finance Bill, 2019 (now Finance Act) into law in January and it was specially designed to support the implementation of the 2020 National Budget and to create an enabling environment for businesses.

Described by industry experts as a major leap, the Finance Act which became effective February 1, 2020, is expected to be of great benefit to Nigeria’s property market owning to the investment incentive it holds for the industry.

According to section 23 (1) of the Company Income Tax Act (CITA) as amended in the Finance Act of 2019, “the dividend and rental income received by a real estate investment company (REICs) on behalf of its shareholders” shall be exempted from Company Income Tax (CIT) “provides that a minimum of 75 percent of dividend and rental income is distributed “within 12 months of the end of the financial year in which the income was earned.”

“By amending the CITA provision on ‘Payment of Dividends by a Nigerian Company’ and including an exemption for distributions made by a REIC, this risk, and the obvious disincentive to invest in REICs, is managed,” KPMG said.

Commenting on how the new Act will impact the real estate industry, Albert Folorunsho, the Managing Consultant of Pedabo, a Lagos-based auditing firm said it will be encouraging for real estate investment as the company income tax will not be charged on the minimum 75 percent dividend.
“It is a major leap, and the provision can support the housing need of the public,” Folorunsho told BusinessDay.

Covid19 is yet to affect Nigeria’s property value as price…

Why Merit Abode’s new devts are destinations for…