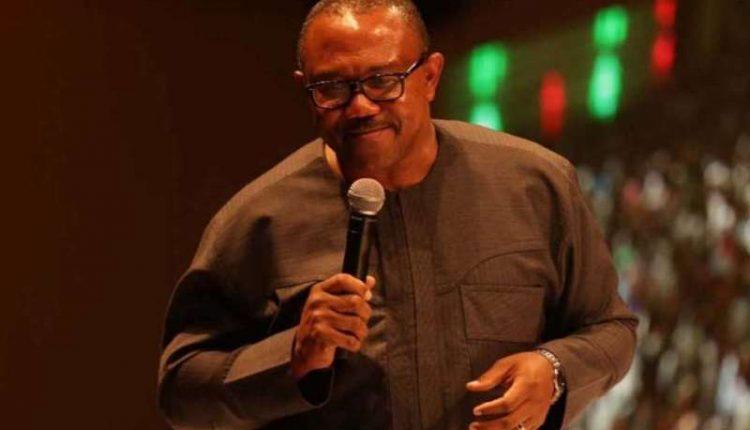 Peter Obi, a former governor of Anambra State and one of the presidential aspirants on the platform of the People’s Democratic Party (PDP), resigned from the party Tuesday, citing “recent developments within our party that make it practically impossible to continue participating and making such constructive contributions.”

BusinessDay gathered that he is joining the Labour Party (LP) to pursue his aspiration.

Obi’s resignation was contained in a letter dated May 24, 2022 and addressed to the party’s National Chairman, Iyorchia Ayu, titled “Resignation from Peoples Democratic Party (PDP) and withdrawal from the Presidential Contest.”

Obi stated that “It has been a great honour to contribute to nation-building efforts through our party. Unfortunately, recent developments within our party make it practically impossible to continue participating and making such constructive contributions.

“Our national challenges are deep-seated and require that we each make profound sacrifices towards rescuing our country. My commitment to rescuing Nigeria remains firm, even if the route differs.

“I am writing to intimate you of my resignation from the People’s Democratic Party (PDP), which was conveyed to the Chairman of Agulu Ward 2. Anaocha LGA.”

“Consequently, I am by this letter informing you of my withdrawal for the PDP Presidential primaries,” he said.

He expressed his personal appreciation to the party Chairman, for his “graciousness and leadership” and “wish you well and best of luck in the service of country.”

In the last few days, pressure had mounted on Peter Obi to dump the umbrella party, particularly after the party threw the presidential contest open as against its zoning policy enshrined in its constitution.

Following the development, Obi’s supporters, particularly those from the South East geo-political zone, read in-between the lines that the party may be planning to ensure the emergence of a northern candidate.

Obi was consequently advised never to be talked into running as vice presidential candidate with any northern candidate.

A group known as Coalition for Peter Obi (COP) had on Tuesday asked the former governor of Anambra State to dump the PDP and contest in the 2023 presidential election on the platform of another political party.
The support groups warned Obi that he should not be part of what Nigerians want him to change.

The Coalition had also reportedly said that “politicians inside the PDP who had no previous verifiable source of livelihood before joining politics are doling out hundreds of millions of dollars to buy the delegates that will vote at the forthcoming PDP presidential primary.”

They therefore, advised Peter Obi to move to another political party to be at peace with his conscience and not to entangle himself in possible political negotiations or manoeuvring that will stain him and hamper his ability to serve Nigerians.

In a statement jointly signed by the conveners of the Coalition of over 17 support groups that recently organised a One-Million-Man March, that witnessed massive turnout across the 36 states of the federation and FCT. It is estimated that over 7million Nigerians participated in the march on Saturday, May 21, 2022, asking PDP leadership to be transparent in their dealings and to give Nigerians Peter Obi, a leader with proven track record of prudent management of resources and wealth creation.

The Coalition, with an estimated ten million active voters across the country also berated the PDP for playing double standards and violating its own constitutional provision on zoning political offices, thereby toying with the future of our children.

Although information on his next move is sketchy as at the time of going to press, our correspondent reliably gathered that he was in talks with one or two political parties, but indications are that he was settling for the Labour Party.

Obi resignation came a day after his return from last weekend visit to the office of the Prime Minister of the United Kingdom, Boris Johnson.

Meanwhile, Seyi Makinde, governor of Oyo State Wednesday emerged the winner of the governorship primary of the PDP for Oyo State.

There were a total of six void votes out of the total votes cast of 1,048.

Obi was represented by Abdullahi MaiBasia, the returning officer, while announcing the results said Makinde emerged as the PDP governorship candidate for Oyo State having polled the highest number of valid votes.

Gbolarumi, whose 11 months stint as deputy governor to Late Adebayo Alao-Akala was nullified by the Supreme Court in December 2006, is the only aspirant challenging Makinde’s re-election in the party.

Gbolarumi, who had earlier alleged that no election took place, saying that his delegates were chased away, later embraced Makinde and raised his hands up at the venue.

Makinde, in his acceptance speech, said 2023 was the time to rescue Nigeria from the APC and change things from bottom to the top.