How wrong use of the gavel ruins Nigeria’s democracy 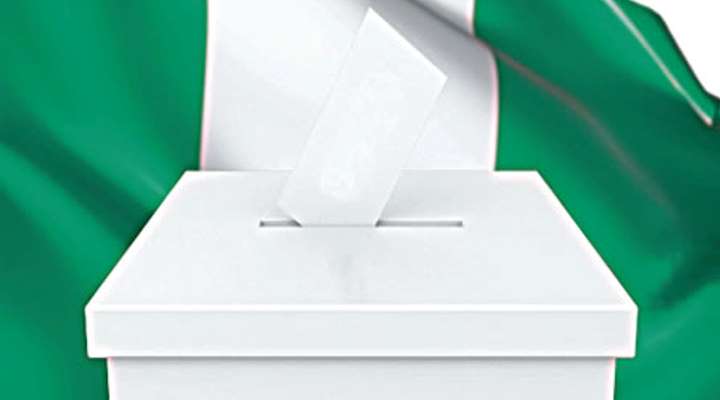 Nigeria’s long journey to a consolidated democracy where there will be credible and transparent elections appears to be under threat.

It would appear that elected representatives of the people who have found themselves in leadership position at the National Assembly are putting the gavel to use in a negative way, defeating the main essence of the instrument.

The rush with which the presiding officers at the Senate and the House of Representatives chant “the ‘ayes’ have it” or “the ‘nays’ have it” appears to suggest that in many occasions they do not even hear correctly what is being said. Their chants and hitting of the gavel depend on what they want to achieve in any circumstance.

They always have their way, to the detriment of the entire country, as the hitting of the gavel signals the conclusion of a matter on the floor of the house.

According to Wikipedia, a gavel is a small ceremonial mallet commonly made of hardwood, typically fashioned with a handle. It can be used to call for attention or to punctuate rulings and proclamations and is a symbol of the authority and right to act officially in the capacity of a presiding officer.

It is often struck against a sound block, a striking surface typically also made of hardwood, to enhance its sound qualities.

Wikipedia noted that, according to tradition, Vice President John Adams used a gavel as a call to order in the first U.S. Senate in New York in the spring of 1789. Since then, it has remained customary to tap the gavel against a lectern or desk to indicate the opening and closing of proceedings and to indicate that the judge’s decision is final. It is also used to keep the meeting itself calm and orderly.

Apart from the listed noble uses of the gavel, it would seem that the use of the instrument has been politicised in Nigeria, as presiding officers now allegedly employ it to achieve pre-determined outcome.

Nigeria and the world might have watched with amazement as Deputy Speaker, House of Representatives and Chairman of Committee of the Whole in the House, Ahmed Idris Wase recently hit the gavel twice to uphold the fainted voice votes of the anti-electronic transmission of election results proponents as against the thunderous votes of the pro-electronic transmission lawmakers during consideration of the Electoral Act Amendment Bill.

It is believed that electronic transmission of election results and adoption of technologies in the electoral process is panacea to manipulation of polls results which has been the bane of democracy in Nigeria in the past 22 years of the country’s democratic journey.

The clamour and expectations of the stakeholders and indeed Nigerians were that the recently passed Electoral Act Amendment Bill will give legal backing particularly to electronic transmission of election results and voting.

However, the new Act in section 52 leaves the electronic transmission of election results at the mercy of INEC, which can decide when and where to transmit votes electronically or manually.

Section 52 (2) of the Bill provides that: “The Commission (INEC) may adopt electronic voting or any other method of voting in any election it conducts as it may deem fit.”

The Committee on Electoral Matters explained that the provision “is a further amendment of the 2015 Amendment to clearly give the Commission the discretion to introduce electronic voting as may be practicable”.

All was going well during the clause-by-clause consideration of the report on Electoral Bill with members proposing and adopting amendments where necessary from clause 1-51, when all of a sudden, conviviality turned into acrimony when Clause 52, section of the Bill which deals with electronic transmission of election results was read out by the Deputy Speaker who presided over the consideration.

Out of the cacophony of voices calling for amendments to the clause was the Deputy Minority leader of the House, Toby Okechukwu who proposed that electronic transmission of election results be inserted and made compulsory in the Bill.

Okechukwu moved that Clause 52 (2) be amended to read that: “Voting and transmission of results shall be by electronic transmission”.

His motion for the amendment was seconded by the Deputy Chief Whip of the House, Nkeiruka Onyejeocha (APC, Abia) and it was subjected to a voice vote by Wase.

When it was put to voice vote, the motion received a deafening “ayes” but Wase ruled that the shallow “nays” shouts had it, throwing the House into disarray with protesting lawmakers making awkward movements.

He wondered how electronic transmission of results would be practicable in parts of the North East where telecommunications masts have been destroyed by the Boko Haram terrorists, saying: “Consider what happens to our brothers in Yobe and other places.”

Another attempt by James Faleke (APC, Lagos) to at least have both the electronic and manual transmission of election results via a motion seconded by Wale Raji (APC, Lagos) was resisted by Wase who hit the gavel in favour of the “nays” even when it was abundantly clear that the “ayes” had it.

Efforts to divide the House for members to cast individual votes on the electronic transmission of elections results were thwarted as the leadership reverted the House to plenary and adjourned proceedings for the day.

The Green Chamber had also summoned the Nigerian Communications Commission (NCC) to guide it on the issue of electronic transmission and NCC declared that only 50percent Polling Units across the country have 3G network that can enable such transmission.

This gave the All Progressives Congress (APC)-dominated House teeth to pass the Electoral Act Amendment Bill without explicit provision for electronic transmission of votes except for the controversial section 52(2) which makes it optional.

The House’s action was without recourse to INEC which is actually the body saddled with the responsibility of conducting elections and not NCC.

The Commission had shortly after the passage of the Bill reiterated its earlier position on a National Television that it has the capacity for electronic transmission of results from remote areas of the country.

“We have uploaded results from very remote areas, even from areas where you have to use human carriers to access,” INEC’s National Chairman and Commissioner for Information and Voter Education, Festus Okoye said.

“So, we have made our own position very clear, that we have the capacity and we have the will to deepen the use of technology in the electoral process.”

Solomon Bob, a member of the People’s Democratic Party (PDP) in the House, while speaking on a Channels Television breakfast programme, Sunrise Daily, on July 21, 2021 accused Wase of rigging a voice vote conducted during the debate.

He said that although the supporters of the motion – the ‘ayes’ – were more and as such louder than those against, the ‘nays,’ the deputy speaker ruled in favour of the ‘nays.’

Giving an account of what happened, Bob said, “The trigger to the sequence of events that occurred on Thursday was an attempt by a member who moved a motion that we should not have anything at all to do with electronic transmission, which is ridiculous.

“He said we should be stuck with manual transmission which was the position of the ruling APC. The motion was roundly defeated.

“Another motion was moved, contrary to that earlier one moved by the APC member, that we should have it explicitly stated that results will only be by electronic transmission. Some said ‘no’ while some supported the motion. A voice vote was taken, it was against those who were against it. It was in favour of those who said it should be explicitly stated in the law that transmission will only be by electronic means.

“But we also saw a capricious use of the gavel by the presiding officer – the chairman of the whole, the deputy speaker. He ruled against the ‘ayes’ even though it was clear that the ‘ayes’ had won it.”

The motion was put to a second vote. The ‘ayes’ had it again but again, the deputy speaker ruled against the ‘ayes,’ he said.

“By our rules, if there is a disagreement between ‘ayes’ and ‘nays,’ you divide the House. But he refused, he practically ignored it. He denied that there was no submission at all. That was the reason behind the pandemonium in the House because a lot of things were heated up, members nearly came to fisticuffs but it was due to the audacity and the daring unlawfulness of the action taken by the man presiding and the near absence of decorum on the part of those who didn’t want anything to do with electronic transmission.”

What seems to prove that Wase was deliberate in the wrong use of the gavel as he presided over the final debates on the passage of the amendment bill on the Electoral Act, was the open celebration thereafter.

A letter was said to have emanated from Wase’s office, celebrating the north’s uncommon feat on the passage of that bill and the Petroleum Industry Bill. One of his aides, reportedly wrote to lawmakers from the north: “On behalf of the Deputy Speaker, Rt. Hon. Ahmed Idris Wase and the Northern Caucus leader, Hon. Musa Sarki Adar, I am directed to write and formally congratulate and appreciate all the northern caucuses for standing firm through their wisdom and strength to ensure the Northern interest in both PIB and Electoral Act is adequately placed in a position of advantage. There is no doubt a house united will forever get whatever it wants, giving [sic] the advantage we have in size…”

In March this year, while presiding over the sitting of the House, Wase had shouted down Mark Terseer Gbillah, representing Gwer East/Gwer West Federal Constituency, Benue State from presenting a petition on behalf of a group of Nigerians in the Diaspora over herdsmen’s nefarious activities in Benue. Wase would not take that petition because the Nigerians who wrote and signed it were not resident in the country.

The wrong use of the gavel, which edged out electronic transmission of election results may have ruined Nigeria’s democracy in no small measure as future exercise such as the 2023 general election is open to manipulations and other forms of electoral frauds experienced in the 2019 national polls and other off-season elections.

The 2019 elections were reported to have been characterised by high incidences of violence, manipulations, rigging, ballot box snatching, disruption at collation centres, vote buying and inconclusive polls which electronic means would have checked to a large extent.

The EU EOM’s final report on the 2019 elections for instance, observed that lack of transparency and inconsistent numbers during the collation of results by INEC cast a long shadow over the integrity of the 2019 elections.

The report among others alleged that there were: “numerical discrepancies and anomalies on polling unit results forms were identified and were mostly corrected by collation officers on the spot, but without a clear system of record-keeping.

“Inconsistent numbers during collation, lack of clear checks and explanations, and insufficient public information undermined the integrity of the elections. Similarly, there is a lack of disaggregated results by local government, ward or polling unit, which would allow for thorough checking of results”.

Also, the Nigeria Civil Society Situation Room in its report lamented that the 2019 general elections did not meet the threshold for free, fair and credible elections.

The report indicated that:”There were differences between the number of accredited voters and the total number of votes cast in many Polling Units.

As Idayat Hassan, director, Centre for Democracy and Development (CDD), argued the prohibition of transmission of votes electronically would yield ground for the manipulation of results in future election.

“As long standing election monitors, CDD West Africa, have observed the chaos associated with manual elections collating, which are “often messy, incoherent and susceptible to manipulations by individuals and political parties,” Hassan stated.