In the last few days, the traditional and new media have been awash with stories of high-profile political meetings that took place in London by a number of Nigerian politicians.

Nigerians have been reacting to what seems to be another form of tourism, which ultimately ruins the country.

The news broke Thursday morning that Bola Ahmed Tinubu, presidential candidate of the All Progressives Congress (APC), had a meeting with Governor Nyesom Wike of Rivers State and some other governors and politicians in his camp, in London.

The same day, the same group met with a former president, Olusegun Obasanjo and Peter Obi, presidential candidate of the Labour Party (LP) in same London. 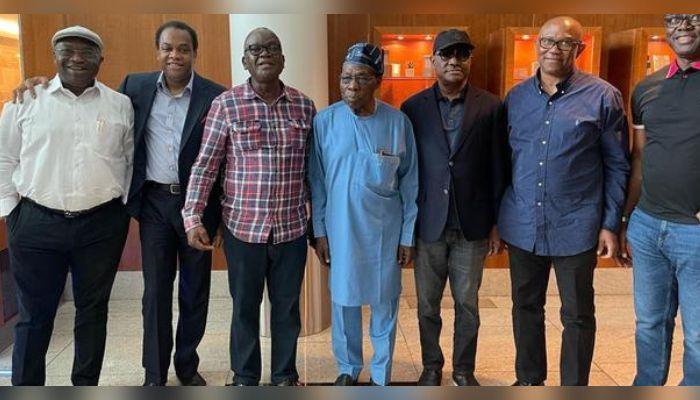 Before Nigerians could process what was happening, Atiku Abubakar, presidential candidate of the Peoples Democratic Party (PDP), had raced to the same London and had a meeting with Wike and his group too. 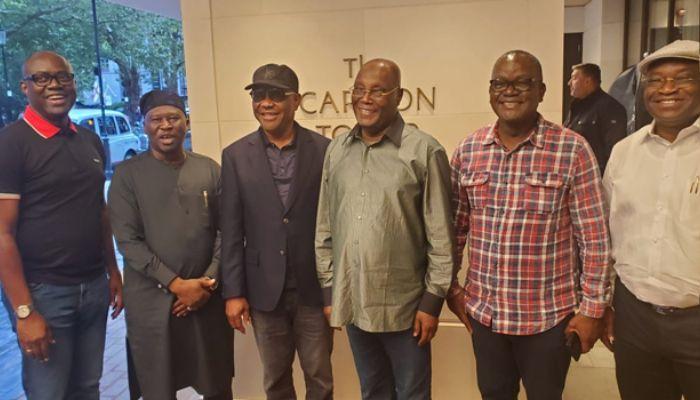 Atiku and Wike had been at loggerheads over the fallouts of the PDP’s Presidential Primary that did not favour the Rivers governor. The situation was also worsened by the selection of Governor Ifeanyi Okowa of Delta State as Atiku’s running mate in the election billed to hold in February 2023.

Angered by the treatment, Governor Wike has been threatening fire and brimstone and has since rallied some politicians that are sympathetic to him. Not having any definite anchor for now, he seems to have declared himself available for hire by whosever will, hence, all the meetings by all of manner of parties.

The politicians have chosen to meet in London where they send their children for special education while Nigerian youths waste their years in Federal Universities that lack government care.

Had these meetings gone without the deluge of photo-ups they bombard the media with, no one would bother. But as soon as they finish such meetings, they push out the pictures to insult the sensibility of the right-thinking Nigerians. That is where it pains most.

Is anything wrong with presidential candidates going to meet with Nigerians in the Diaspora to speak to them on the situation at home and how they must support the electoral process? No.

Can there be unplanned meetings of Nigerian politicians just because they ran into one another in London? Absolutely! The immorality in the manner it is happening now is that even non-performing governors have over the months abandoned their states in decrepit financial conditions and have been on Wike’s entourage abroad on the bill of the taxpayers in their states. How unconscionable!

Over the years, the ruling class has destroyed the nation’s education and health sectors, preferring rather to send their children to best schools abroad. A lot of videos and graduation pictures are on social media where serving and past government functionaries pose with their children.

In the last seven years, officials of the current government have spent so much money seeking Medicare abroad. Despite his pledge during the electioneering campaign in 2014 that medical tourism would be a thing of the past if he won the presidential election in 2015, President Muhammadu Buhari has unfortunately taken medical tourism to an annoying level.

Although the cost of his treatment in London hospitals is not in the public view, Buhari can safely be described as the costliest president Nigeria has had since 1999.

While he has paid attention to his health abroad, the nation’s health institutions, despite cosmetic efforts to rehabilitate some of them, have remained a far cry from what he promised Nigerians in 2015/2019.

Now the increasing political meetings by Nigerian politicians in London have added to the irresponsibility of the political class. Is it that there’s no hotel accommodation in Nigeria where such meetings can hold?

Are they insensitive to the economic challenges in the country? Is it just to satisfy some inner crave and convey the message of false importance and self-worth?

Reacting to the ugly development (London meetings), one Sam Ero, a public commentator, said: “First, they sent their children to London for education. Next, they go to London for medical and healthcare. Now, they are going to London for political meetings. With all the issues we are facing as a nation, elected officials should stay in their states and offer service to their people. The emperor(s) fiddle(s) when Rome burns…”

Tony Ajayi, a political scientist, said he was sad that Governor Wike was distracting other governors for “selfish reasons.”

“I don’t understand how one man will be causing problem all over the place. He has succeeded in dragging along Governors Ortom, Ikpeazu, Ugwuanyi and Makinde. Some of these governors are total disaster in their states; nothing to show. Yet, instead of staying in their states to do the job they campaigned to do, they are junketing all over the globe with their states’ money.

“These are not example of good leaders. That is why Nigerians must get it right in 2023. In the last few months, some of these governors have practically relocated abroad. If you hear they are in the country today, tomorrow they are out, no nation survives that way,” Ajayi said.