Can signing of peace accord guarantee violence-free election in Edo? 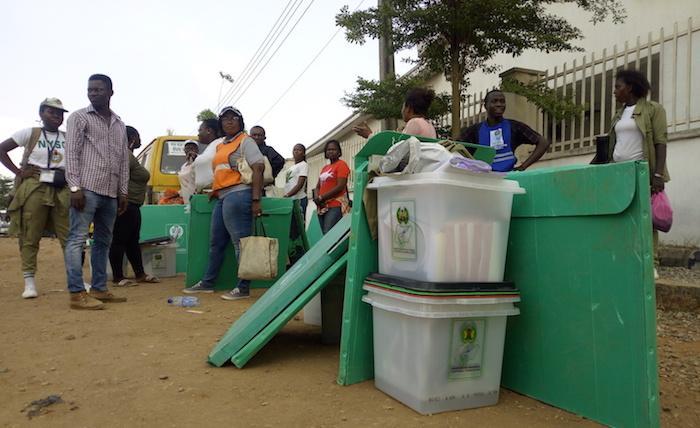 The Edo State gubernatorial election holding on the September 19, like any electoral contest in Nigeria, is sending strong signals of war that could not only be a threat to the process but lead to the loss of lives and property.

Already, there are pockets of violent clashes, particularly between the ruling All Progressives Congress (APC) and the main opposition People’s Democratic Party (PDP) supporters and actors.

While the APC is fielding Osagie Ize-Iyamu for the election, the PDP is fielding the incumbent Governor, Godwin Obaseki. Both men cross-carpeted to their present parties in the build up to parties’ primaries in the reverse order they contested for the same seat in 2016.

Worried by this ugly trend, the National Peace Committee, headed by a former Nigerian Head of State, Abdulsalami Abubakar and the vocal Catholic Bishop of Sokoto, Matthew Kukah has resolved to visit the state for the signing of peace accord before the election. This would be the first time the exercise would be carried out at the state level.

The Chairman of the Independent National Electoral Commission (INEC), Mahmoud Yakubu who was in Edo recently on peace building mission disclosed this at a meeting of the Inter-Agency Consultative Committee on Election Security (ICCES) in Benin.

Yakubu said though the National Peace Committee engages political parties at the national level, for the first time, it will ensure that all political parties and their candidates are committed to a peaceful process, given the significance of the election in Edo State.

He expressed worry that: “We have being receiving reports of the Security situation in Edo State and it is part of what we are going to discuss with members of ICCES. The environment ought to be secured for the Commission to conduct election.

“We are taking every step to ensure that the environment is very conducive for us to conduct election. I trust that security agencies are fully prepared to deal with potential problem areas”.

The INEC Chairman, during the stay in Benin, also visited the Oba of Benin, Oba Ewuare II and pleaded with the Monarch to prevail on his subjects, especially the policy actors to give peace its chance before, during and after the election.

Yakubu had said: “Like many Nigerians we are concerned about some of the statements and actions through their members and supporters that sound like a threat to peace during the election”.

Ewuare II heeded the call of INEC immediately and summoned a meeting with Obaseki and Ize-Iyamu, the main gladiators and admonished them to sheath their swords in order not to turn the state to a land that flows with blood.

The royal father said at the meeting that: “For some time now, Edo State has been in the news politically for the wrong reason as political gladiators have been fighting dirty with their war of words.

“Please don’t turn the state into the city of blood. I appeal to the two gladiators and all politicians to ensure peace and stop the shooting and violence in the state.

“I want assurances from you people, to me and the people of the state, of a peaceful atmosphere in Edo State. Your homes and families are here, so give peace a chance”.

As laudable as these peace moves may appear, the worry is whether they can guarantee non-violent polls as similar efforts ahead of the 2019 general elections and the November 2019 governorship elections in Kogi did not yield positive results as there were widespread violence.

To demonstrate that the peace moves made no meaning to political actors, there was alleged shooting of 13 PDP members who were said to be having a meeting in Ekpe community, Akoko-Edo Local Government Area of Edo State about 72 hours after the INEC Chairman disclosed plans for the signing of peace accord.

The drumbeats of war in Edo have also worried the Police high Command which recently identified a high likelihood of violence, attacks by opponents, and misinformation as security threats to the polls in the State and Ondo where election is holding October 10.

The Inspector-General of Police, Mohammed Adamu, consequently warned politicians and their supporters to conduct themselves properly by playing by the rules.

According to a statement issued by the Police Spokesperson, Frank Mba, the Police Boss issued the warning having reviewed the election security threat assessment reports submitted by the commissioners of police from both states at a meeting held on Tuesday, August 25, 2020.

“The Election Security Threat Analysis reveals amongst other indicators: arming and movement of political thugs, use of inciting statements during political campaigns, high likelihood of violence and possible cross attack by political opponents, misinformation/disinformation aimed at heating-up of the polity and deliberate efforts at delegitimizing government institutions involved in the electoral processes.

“The IGP has therefore ordered the Commissioners of Police in the two states – Edo and Ondo – to rejig their preparations for the elections to accommodate and address the threats and emerging trends as contained in the security report,” Mba said.

Fears as to whether the peace moves could change nothing with regards to violence at the Edo governorship election have also been justified by a pre-election survey conducted by Yiaga Africa and NOIPolls which shows that voters are worried about electoral violence and intimidation.

According to the report, respondents expressed major concerns about violence by political parties and security officials during the elections and with less than three weeks to the poll, approximately one-in-ten respondents said they had directly experienced violence and intimidation related to the elections.

Kano, 21 others classified as high risk for election manipulation — YIAGA