The VIPs, the police and the gunmen: A matter of urgent action 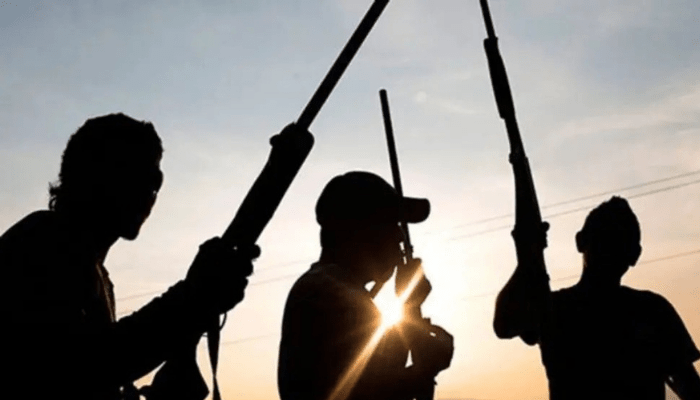 Anyone with current Nigeria’s tread at his or her disposal would have the glimpse of brutal attacks on police orderlies attached to some high-profile personalities in the country. Many of these attacks have resulted in the unfortunate death of many patriotic and fearless security officers who were unjustly killed in their line of duty.

The menace which has led some security details to their early graves in defence and safety of their civilian principals against gunmen, kidnappers, assailants, bandits and hired assassins, has become a more or less disastrous incident that has kept the sacred lives of our security personnel in danger.

In an investigative report by Daily Trust, over 43 security operatives in different and separate attacks have lost their lives in the last 25 months. Specifically, no fewer than 27 police operatives ultimately paid the supreme price in 2022 alone.

Similarly, while 13 security details died during separate attacks in the year 2021, four had been gruesomely murdered in the last two weeks this year specifically during the assassination onslaught unleashed on the former Imo State Governor, Ikedi Ohakim, at Ehime Mbano Local Government Area of the State. Luckily, the ex-governor narrowly escaped death during the attack along with his driver and his two children through the bulletproof car they were in.

It would also be recalled that suspected gunmen opened fire on the convoy of Apostle Suleman, the President of Omega Fire Ministries Worldwide, in the Auchi area of Edo State. At least, six persons including three policemen serving as escorts were murdered while the cleric who was said to be the target of the attack escaped with his bulletproof vehicle. Without going too far in history, on September 11, 2022, two police details in the convoy of Senator Ifeanyi Ubah were not spared from death when some suspected gunmen accosted them in Nnewi, Anambra State.

According to a report, the lawmaker representing Anambra South senatorial district escaped through his bulletproof SUV. These flashbacks were few out of numerous attacks where our gallant police operatives suffered heavy casualties, while the big men escaped the scene.

Evidently, the 2020 Police Force Act, in section four, specifies that operatives of the Force shall protect the lives and property of all persons in Nigeria. This means that it is the duty and statutory responsibility of the police to provide security to every member of Nigerian society both the less privileged and the VIPs in the county. However, it calls for urgent concern when the police are now the victims of attacks leading to their impromptu death.

Obviously, many of these slain officers were not criminals nor guilty of any legally established crimes. Even, most times, they were not the major targets of some of these attacks. They were mainly killed because they were providing escorts to these big men and women in the country.

While the menace remains condemnable and unacceptable, it will be of goodwill if urgent and radical measures are being taken to curb future occurrence of this tragic trend. To begin with, the Police Service Commission should proactively review the deployment of police officers to the VIPs in the country. Men of the Force should be attached to the high-profile individuals who have taken an oath and signed a written agreement to provide adequate protective measures for their orderlies.

Perhaps, if they can keep themselves safe in their bulletproof vehicle, it would not be bad if their security operatives are also well equipped with sophisticated weapons, bulletproof helmets, bulletproof vests, among others. In addition, it is obvious that the number of police personnel in the country is statistically low and inadequate. Going forward, politicians and other well-meaning individuals should be allowed to engage private security providing firms whose personnel would be well trained and be accountable for by their serving principals any time.

To end, reports have it that some families of some of the slain officers have been abandoned and yet to get any compensation either from the Police Force or from the individuals they died for. This is indeed worrisome, unpalatable and saddening. Going forward, the Police Commission should ensure that an undertaking is signed mandating a prompt compensation from the big men in case of any eventuality of attack or untimely death of their escort officers. Mark you, Police are also human, they deserve to be protected!