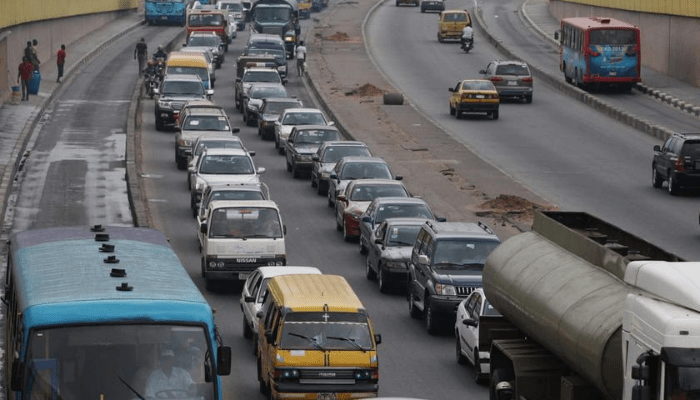 Comparisons are often made between Nigeria’s “Center of Excellence” and other cosmopolitan cities of the world such as New York owing to its sprawling population and disproportionate geography. Lagos State occupies approximately 0.38 percent of Nigeria’s land mass and accommodates 10 percent of the country’s entire 200 million+ population. Yet, one-third of Lagos is submerged under water, and suffering from the consequences of rapid, unmonitored expansion, stacking the odds against this small island state.

The hustle and bustle of Lagos embodies the never-ending pace that each of the 21 million citizens of the largest black population on Earth must emulate to survive. Lagosians are constantly on-the-move, and their impatience and erratic responses to any perceived inconvenience creates “go-slow”, the famous traffic congestion in most parts of the metropolis.

For consecutive administrations, transportation has always been a priority on the governance plan. A strategic approach to solving Lagos’ traffic problem usually means drumming up conversation around the various modes of transportation, lauding the possibilities that could be achieved with an integrated transport system. While his predecessors have made modest achievements with this sector, it has been riveting to say the least watching Governor Babajide Sanwo-Olu implement his vision of an efficient intermodal transport system for Lagos State. The big question remains, how well has the BOS administration performed in a little over one year in office and should Lagosians wait with bated breath?

After restricting the movement of tricycles and motorcycles along designated routes and highways earlier this year, Sanwo-Olu faced major backlash from Lagosians who depend on okada and keke and other micro-transportation options as an alternative means of navigating the city’s congested roads. I regarded this decision with skepticism at first, despite its obvious benefits due to the hardships it would bring for many Lagosians. It is quite refreshing to see a leader who isn’t afraid to straddle the delicate balance between a people-centric governance and making the sometimes unpopular, but necessary decisions for the greater good.

The outbreak of the COVID-19 pandemic in Nigeria disrupted business as usual, creating many uncertainties for entrepreneurs like myself. While Lagos State showed an impressive command of the situation in prioritising public safety, it is still a work in progress to return the economy to a semblance of normalcy for many small and medium scale enterprises. A multi-level stakeholder approach involving carriers, logistics companies, transport unions, and other key players is necessary to forge a long-term foolproof plan for the transportation sector post-COVID and to keep affected SMEs in business.

Roads being the bane of business for me, I have noted with curtailed excitement the pace of work on major projects such as the 10-lane Lagos Badagry Expressway, the recently commissioned Lekki Regional Road and several gridlock-prone junctions and roundabouts that are currently wearing new looks. I wouldn’t do justice without touching on the subject of the 3rd mainland bridge partial closure.

While the incumbent Governor seems to have managed the situation seamlessly with the provision of palliative measures such as intensified works on alternate routes, increased capacity of mass transit buses and ferries, as well as flooding the affected areas with LASTMA officials; he would do well to improve his communication strategy in anticipation of the middle and end months of the project when Lagosians begin to lose their patience.

Orientation must start internally, from the key public service providers at the forefront of the situation. Officers of the LASTMA, LSPWC, Federal Road Safety Corps (FRSC), Nigeria Security Civil Defence Corps (NSCDC), and other stakeholders should be undergoing capacity development training in disaster management, emotional intelligence and basic skills like first aid. These are all necessary interventions which will prove useful in their public interactions with frustrated commuters and in the event of any unfortunate incidents.

Beyond putting out notices and traditional press statements, how is the government delivering targeted information to commuters when they need them? This is the best opportunity for the State Government to partner with telecommunications networks and tech solution providers such as Google Maps, logistics companies and ride-sharing apps. Simple initiatives like information on alternative routes, timely notifications on traffic movement, or emergency alerts can be delivered in real time to the people who need them based on their geographical location and travel history.

People will get increasingly agitated and impatient as the months roll by –that is a given. A proactive way to channel this restlessness and deflect any untoward developments arising out of their frustrations is to give them a visual representation of what they are looking forward to –seeing is believing after all. An illustrated model of what the bridge will look like post-completion displayed prominently across major points on the bridge itself and stops along frequented alternate routes is premium eye candy to an army of tired commuters.

Intersperse this with infographic showcasing the impact of this project on commute time, safety and well-being of road users. This same thinking is necessary in promoting the other components of the integrated transport system, such as the ongoing Blue/Red Line Rail Transit and the LAGFERRY services. The opportunities for creatively engaging with Lagosians are endless and I recommend the State Government strike while the iron is hot.

There is much to expect from Governor Babajide Sanwo-Olu as he soldiers on this quest #ForAGreaterLagos, especially in the traffic and transport sector. I will say that he has started well and he must capitalise more on opportunities to harness public goodwill particularly through communication of his administration’s objectives, and a deliberate strategy to crossbreed the transportation and technology sectors. I wish him well and will be rooting for him to make good on this promise of the Lagos of our collective dreams.