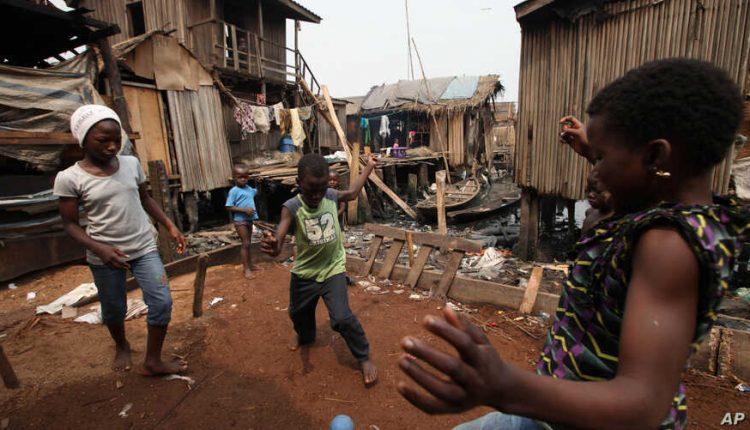 With a below per capita annual expenditure of about N137,430 as the baseline for being described as poor and using a population estimate of 50 million, it means that about 21.5 million Ndi-Igbo are unable to afford and spend about N11,000 per person every month. Of the ten states with the least poverty level, only Anambra made it at 8th position. Where is the branded entrepreneurship skills of the Igbos? Unfortunately, intensifying the poverty crisis is the unprecedented level of insecurity which the governors have through their clumsy actions and inactions allowed to escalate across the region.

Of the five South East governors, only Hope Uzodimma is in his first term. Willie Obiano, Ifeanyi Ugwuanyi, Dave Umahi and Okezie Ikpeazu are all in their second terms and having spent over 5 years as governors of their respective states, a key question is what has been the impact of their first term economic development agendas (excluding Obiano). Was reducing the level of poverty in their respective states ever considered an important governance and performance measurement variable? With the terrifying level of insecurity, where did all the billions of security votes that the governors collect every month go to?

While we keep lamenting about the visible marginalization from the federal government particularly in appointments, it is time and important for Ndi-Igbo to look inwards and ask our governors and other leaders fundamental questions on their stewardships and implicit internal marginalisation the governors are championing!

From 2015- 2019, the five South East states have budgeted and spent about N4 trillion.  A fundamental question that should be asked by all concerned starting from Ohaneze Ndi Igbo to town development associations, religious leaders and individuals is – the evidences of prudent utilisation of the budgeted trillions. Having visited all the South East states, it is a public knowledge that the huge budgets have not been properly utilised. In Abia and Imo for instance, it is difficult to see commensurate and convincing evidence of accountable governance and sustainable development with Owerri looking scattered and Umuahia like an upgraded local government.

When the righteous are in authority, the people rejoice but when the wicked rules, the people groan

While Dave Umahi can be said to be trying in infrastructure, the question again is how the roads are connected to the wider sustainable development of the state. Are roads being built just for the purpose of building roads or part of a detailed strategy to create an integrated economy or what can be described as associational economy with long term vision and sustainable growth.

This is also the case with Enugu State where billboards emphasizing that the state is in the hands of God are more visible than the snippets of projects executed or being executed. Enugu’s own is particularly sad! With the legacy as the capital of former Eastern region, it is difficult to understand how about 60 percent of the citizens are still below the poverty line in addition to the gross underdevelopment of the state. And more lamentably, even with the glaring ineffectiveness of both the state and local governments, a myopic conspiracy of silence among the elites pervades.

With every perceived relevant family or individual (irrespective of party affiliation) allocated a position or personal benefit in the government, a self-interest driven compromise of the privileged is guaranteed with a creed of see no evil, say no evil!   In Anambra, it seems that Willie Obiano lost good momentum after his first term which should not be case. Based on interactions and feedbacks from ordinary citizens of the five south east states, none of the governors scored above 50 percent in overall performance assessment! It is that bad!

Meanwhile, it is a public knowledge that with the proximity of the South East states, there is no reason why a detailed and robust regional economic development plan should not be developed and effectively executed. This I asked former governor of Imo State, Emeka Ihedioha during the Governors roundtable in the last Nigeria Economic Summit Group which I moderated. While he affirmed that discussions are ongoing, I pray and hope that Hope Uzodimma will continue with the discussion and see to its effective actualization given his freshness and enthusiasm to prove a point. History will be kind to him and the unsettled circumstances that led to his emergence will get a better review!

With the nearness of the states, there is no reason why any of the South East states should record a poverty rate of more than 5 percent if effective and visionary leadership is utilised to exploit and manage the abundant resources the region is endowed with. For instance, given the fertile land and a comparative advantage in some economic trees like cashew, coconut, palm trees, avocado pears and bitter kola, South East can easily generate annual revenue of over N10 trillion. With an annual revenue of about N25,000 per coconut tree or even any of the above economic trees, the South East can generate an annual revenue of over N6 trillion if they can agree and just plant 50 million trees per state.

Whereas Indonesia made about $18.4 billion from palm oil (about N7.2 trillion) in 2017, Nigeria’s encumbered 2020 federal budget is only N10.27 trillion! In the same vein, while India’s coconuts are valued at about $10 billion, Philippines $6.7 billion and Indonesia $4.5 billion, the three countries account for about 60 percent of the $35.6 billion global coconut market. So, while Indonesia makes about $23 billion from just two economic trees- coconut and palm trees, Nigeria borrows $3.5 billion from IMF and begging World Bank for additional $1.5 billion. Expectedly, the governors including the ones from South East are waiting for their share from the borrowed money.

The essence of the above illustration is just to show the lack of strategic thinking and long-term vision of our governors. With good synergy and a strategic think-tank, the true entrepreneurial spirit of Ndi-Igbo will be unleashed to turn South East to the true Dubai of Africa.  While Niccolo Machiavelli (The Prince) cautions that the effectiveness of a government can be deduced from the kind of individuals elected and appointed into cabinet, Proverbs 29:2 states that “When the righteous are in authority, the people rejoice but when the wicked rules, the people groan”.