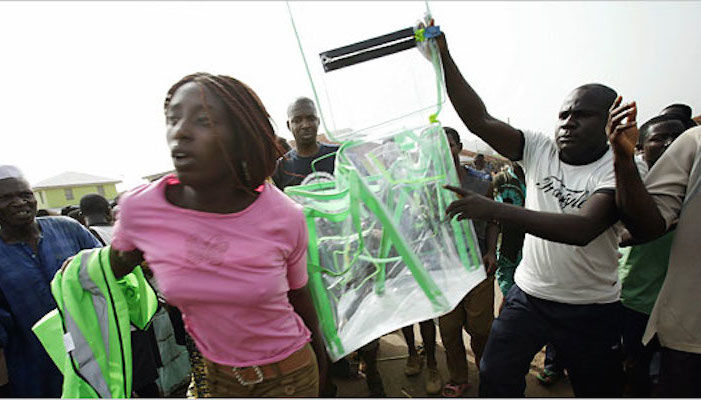 In a study on politics in Africa, Monga (1995) put forward certain challenges to democracy, identifying electoral violence as the most dominant. The most significant consequence of violence on any democracy is the erosion of legitimacy, and Africa seems the most blighted by electoral violence due to what Ali Mauzuri referred to as the royal theme in African politics; sit tight syndrome. In Nigeria, the elections are fraught with violence and similar incidents are replicated in Kenya, Uganda, Zimbabwe, the Democratic Republic of the Congo, Benin, Togo, Mali just to mention a few.

Overview of electoral violence in Nigeria

The violence associated with that election was unprecedented according to Anucha (2019) with over 30,000 people losing their lives and properties worth millions of naira destroyed in the post-election violence that followed especially in western Nigeria. The violence was code-named “operation wetie”. The violence is said to be a remote cause of the 1st coup which triggered the civil war and a prolonged military rule.

Legislative elections were held on July 14, 1979, after prolonged dictatorship and civil war, and the National Party of Nigeria (NPN) won 168 out of 449 seats in the House of Representatives. The Unity Party of Nigeria (UPN) won 111 seats in the House of Representatives. Shehu Shagari of the NPN was elected president with 34 percent of the vote on August 11, 1979, and he was inaugurated as president on October 1, 1979. That election conducted by the military was a sham as it was characterized by rigging and most importantly violence. According to Ndoh (2008) more than 500 people lost their lives with many properties touched.

On June 12, 1993, Moshood K. O. Abiola of the Social Democratic Party (SDP) was elected president with 58 percent of the votes. Adetula (2011) opined in his study on electoral violence that the nature of the military supervised election made it less violent than other elections; his findings show 189 persons lost their lives before and during the elections. Osagie (2015) in his own study collaborated this assertion but added that the aftermath of the cancellation of the election and the subsequent crackdown on political opponents of the military junta resulted in the death, maiming and imprisonment of many persons. The military dictatorship of Babangida annulled that election, leading to nationwide anti-military protests.

The 1999, 2003, 2007 and 2011 elections referred to as the 4th republic were all characterized by violence. According to IFES Report (2007), there were 967 incidents of electoral violence in the 2007 elections alone. This is an astonishing figure. Cases of abduction, kidnapping, murder, killing ̧ protest, disruption, intimidation, physical attack and poster defacing all featured in the reported incidents. 300 people were killed on issues relating to the 2007 general elections.

Deadly election-related violence in northern Nigeria following the April 2011 Presidential voting left more than 800 people dead, most of them southerners and Christians perceived to have supported the incumbent who was a Christian southerner.

Conclusion: Election is the basic and the most important mechanism of involving the people in the decision-making process in the polity. While the political leadership decides who gets what, when and how through policies and programmes of the government, the electorate as sovereign determine who get what political office during polls. Conducting credible elections is dependent on some factors. Apart from the institutional and legal framework, which must be put in place, all issues concerning the use of all forms of violence during polls must be carefully addressed. This is because violence constitutes a daunting challenge to democracy especially when the state is involved in the perpetuation of these violent acts.

One sure way to check electoral violence is to limit illiteracy and improve the levels of employment in the country. Unemployment causes weaponisation of poverty, which helps create an army of youths that can be deployed for violence. Other solutions include strengthening the electoral institutions and other relevant stakeholders like the security agencies, the judiciary, the media and the civil society groups.