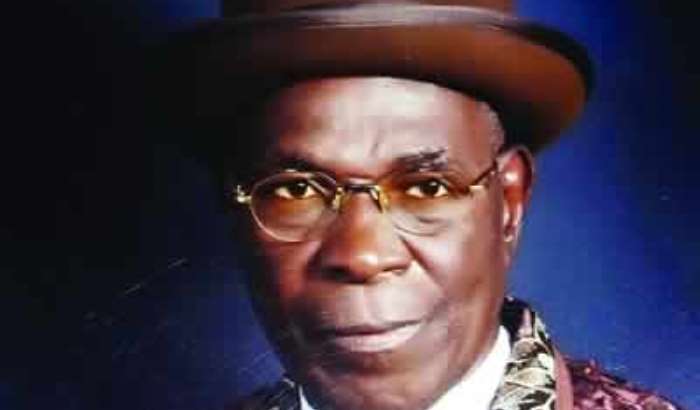 A firm and deep character

In 1983 Professor Gesiye Salo Angaye did something extraordinary that reflected his true character. Governor Melford Okilo of Rivers State appointed him one of the Political Permanent Secretaries reserved for party loyalists. Regular civil servants deeply resented this controversial arrangement as anyone could be picked from anywhere and made permanent secretary over better qualified professionals.

Not only that, the appointments meant imminent retirement for career permanent secretaries soon to be replaced. Anger and resentment rapidly built up and there were talks of retributive justice. Rivers man oppressing his fellow Rivers man was the height of injustice. But such agonising meant nothing to the flamboyant politicians of the ruling National Party of Nigeria, (NPN).

On the day when he was to be sworn in, Gesiye clearly saw the ill will on the faces of the unhappy career permanent secretaries they were about to supplant. His conscience sorely troubled him as he knew that not everything done in the name of the law was right before God. Accepting this appointment meant the downfall of another man. There and then he declined and was never sworn in. With a clean conscience he returned to his low-paying teaching job at the College of Education, Port Harcourt.

In ‘Autobiography of Gesiye Salo Angaye’ he rationalises his decision, “Do unto others what you would like others to do unto you. I will also resent if, without due process that is, external assessment of publications and other credentials, political professors are appointed from outside to replace learned professors in the university.”

As he refused to undo others, God also spared him from the disaster to come. Three months after Gesiye declined the appointment, General Muhammadu Buhari toppled the politicians. It was fire on the mountain as Buhari and the terrible General Tunde Idiagbon rounded up poor Okilo and the other governors. Some political appointees were also hauled into prison while the lucky ones who escaped the military dragnet dashed back to the classroom to teach.

Gesiye remained unaffected. Indeed, the new military governor, Police Commissioner Fidelis Oyakhilome, appointed him member of the 1985 Ezekiel Hart-led Administrative Panel of Inquiry into the Affairs of the defunct Rivers State Scholarship Directorate. The Panel uncovered monumental corruption. Instead of depositing monies with the Nigerian embassy in London for use by beneficiaries, the directorate deposited funds into the private bank account of an Englishman to accumulate interests while our students wallowed in poverty.

When the panel produced its final report, a high ranking former official of the directorate was wrongfully surcharged. Gesiye’s effort to have the panel exonerate the man was rebuffed. Not one to allow injustice reign unchallenged, he simply submitted to Oyakhilome a dissenting minority report that exonerated the official. Gesiye is a firm and deep character.

In 2003 Gesiye was appointed the first Commissioner of Budget and Economic Planning to accelerate development in Bayelsa State. He set about retraining his staff on prioritised, realistic and realizable plans and budget. Then he instituted reforms that favoured professionalism and data management. Finally, he personally wrote and unleashed his economic blue print called the Bayelsa State Economic Empowerment and Development Strategy (BY-SEEDS). Designated projects were accomplished within the short dry season. The result was visible development that impressed external assessors from Abuja.

Back from America in 1965, I took up teaching appointment with the University of Ibadan. Listed among my students was one Gospel (renamed Gesiye) Salo Angaye that aroused my curiosity. Angaye and Ekpebu share the same family tree and I wondered if the student was a relation. I was very happy when it turned out that he was indeed my junior cousin whose grandfather was senior to mine. I took him home and we continued from there as brothers.

His highly entertaining autobiography conjures a vivid picture of the good old days, “Dr. (now Ambassador (Professor) Lawrence Baraebibai Ekpebu also influenced my desire to go to the USA for further studies. Having obtained the B.A. Hons, M.A. and Ph.D degrees from the prestigious Harvard University and an MPA from Princeton University, USA, Dr. Ekpebu returned to lecture us at the University of Ibadan. His well-researched, informative and inspiring lectures which were well-presented in impeccable flowing King’s English fired my imagination. If my cousin could acquire so much knowledge in America, why can’t I go there and acquire same. In my undergraduate days at the University of Ibadan, Dr. Ekpebu gave me intellectual, moral and material support, including accommodation during some holidays and also inspired me to go to USA and I am very grateful to him.”

Gesiye turned out one of my best students and a researcher per excellence. One has only to appreciate the quality of his many publications that earned him recognition on both sides of the Atlantic as an academic. His success as a student holds a lesson for the youth of today as he had every reason to quit the university. The fog of war hung heavily over Nigeria in the late 1960s but he bravely forged on to graduation. I thank him for not getting himself killed in 1966 as the firebrand General Secretary of the Ijaw Students Union.

After bagging his Masters and PhD in Economics from the University of Pittsburgh, USA, he returned home and immediately took to teaching first at the College of Education, Port Harcourt, and later the Niger Delta University, NDU, Amasoma. His unusual decision to become a teacher forms the basis of my tribute marking his iconic 85th birthday.

Parable of a teacher

There is this unwholesome saying that a teacher’s reward is in heaven. It could be so in the sense that teachers are shabbily treated in Nigeria. They have to go on endless strikes for their just benefits paid them. Even their former students who attained positions of influence neglect their welfare. When teachers finally retire, poverty soon erase them. Still, I differ not sharing such view.

Money was not the motivating factor why I joined the teaching profession. It was the satisfaction that comes when you take a simple mind and shape it into self-reliant entity. There is no prime minister or general who was not shaped by a teacher. The world as we know it is sustained by teachers who leave their imprimaturs on every known civilisation. Socrates, Plato and Aristotle were all teachers. So too were JP Clark, Chinua Achebe and Samuel Awokoya who impacted heavily on their environments.

The teacher makes new things out of the old. Indeed, you have no business passing as a teacher if you cannot change your environment. Whether in the struggle to provide cheaper and cleaner energy or instilling positive values, the teacher leads. He holds the key to a better society. In countries with viable education systems, teachers are constantly called upon to proffer solutions to mankind’s insoluble problems.

Ever wondered what the planet would be if people stopped going to school? Humanity will simply return to the state of nature. The teacher saves us all from this unpalatable prospect by systematically improving the human mind. He trains young persons to assume leadership positions. I am confident privileging the teaching profession as reference point for world recreation after the original monogenesis. The sense of satisfaction that comes with being a teacher can never be quantified with money.

Teaching is a great profession.

Mindset, not classroom, makes you a teacher. You can never be one devoid of the innate will to serve. Even as an undergraduate in Harvard, I championed the establishment of the Nigerian-American Scholarship Programme (NASP), African Scholarship Programme of American Universities (ASPAU), the African Graduate Fellowship Programme (AFGRAD) and Advanced Training for Leadership and Skills (ATLAS). Some 250 American universities and 53 African countries participated in these scholarships benefiting over 4000 African students. That is service.

When we came on board as pioneer members of old Rivers executive council under the great Commander Alfred Diette-Spiff, I replicated what I did in Harvard, championing the Automatic Scholarship Scheme. We shifted the selection process from the scholarship board to the universities themselves. The board could be riddled with nepotism. We avoided this by making a university admission letter the sole requirement for scholarship. The impact of that scholarship is seen today as Rivers people occupy high offices in Nigeria.

Money is money but achievement is achievement. God used me as a student, teacher and administrator to open doors for others. This gives me a sense of fulfilment. No pursuit is higher than service. Still, I await God’s reward in heaven. But as long as this world is concerned, I am a contented and happy man.

Gesiye is best seen a representative of the large number of men and women who totally dedicated themselves to making Africa great. I share in the joy of his monumental achievement that continues to positively influence policy makers. Teaching is tough. But do not forget that Gesiye’s original decision to become a teacher was conditioned by his love for humanity. His great success story is also that of every teacher.

As Head of the Orokuro family of Olodani in Okoloba, Gesiye’s academic father, elder statesman and Knight of the Anglican Church, I bear witness today to the remarkable life of this great scholar. It is unbelievable that the young man who yesterday was with me in the University of Ibadan is today an 85-year-old retired professor. That is amazing and cause for celebration.

My humble prayer is for God to grant Gesiye long life to continue his service to humanity. His 85 years is not the end but the middle of great things to come. My father lived to be 124 years surviving two world wars. Gesiye will live even longer because Ijawland, Nigeria and Africa need him.

The new face of slave trade in Nigeria

The 21st Century Capitalist’s Dilemma (1): VFD’s Balancing Act and Empathy as a new…

Of Gumi, bandits and impunity!