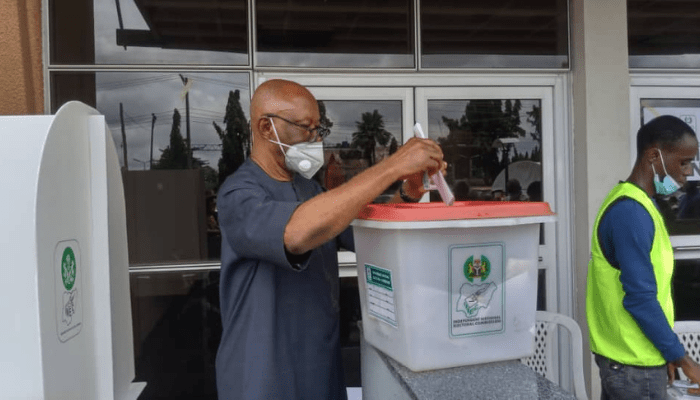 Card readers used to accredit voters, malfunctioned in some of the units in Uhunmwonde Local Government Area of Edo State.

It was gathered that at ward 07, Uvbeneisi Primary School in Uhunmwonde Local Government Area, card readers failed to function properly, and subsequently led to multiple voting in most units by a political party

Also in Ward 4, Unit 3, and 4, card readers had technological failures but were later replaced.

Meanwhile, at ward 01 Garrick memorial college in Oredo LGA in Benin city, there was an impressive turnout of voters with INEC materials and ad-hoc staff on the ground to commence accreditation at the specified time.

Akeredolu recieves certificate of return, pledges even development in Ondo