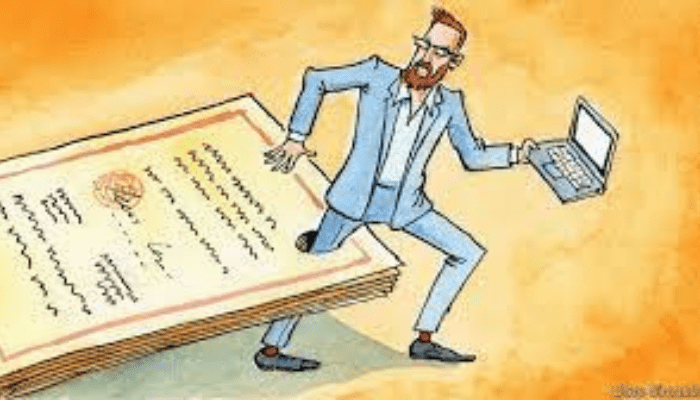 In a bid to protect their confidential information and limit competition, employers are known to include restrictive covenants and clauses which many times hinder an employee from taking employment with a rival company. To achieve this, employees are required by employers to sign confidentiality and/or non-competition agreements through which employees agree not to compete with their employers or use employers’ confidential information obtained while in employment for personal gain or to the detriment of employers.

And why not? Without these restrictive clauses, employers would lose valuable property on which their entire businesses are hinged to competitors. Employees, therefore, find themselves in unique positions of trust regarding trade secrets guarded jealously and rightfully so. The question has always been how long the restraint should last. Some employers have bound employees to confidentiality restraints in perpetuity. Others state timelines that see employees bound to confidentiality restraints for between one to ten years or more.

On December 16, 2022, the National Industrial Court of Nigeria (NICN), Lagos Judicial Division, per Hon. Justice I.G. Nweneka handed down a decision in the case of Trustfund Pensions Limited v. Mr Sunday Idemhi, unreported Suit No: NICN/LA/576/2019, where the Court held in the main, that confidentiality agreements are not made to last in perpetuity, but must be for a period of about one to three years.

Facts and Findings
The brief facts of the case are that Mr Sunday Idemhi (Sunday) was employed as a customer service officer by Trustfund Pensions Limited (Trustfund) and served Trustfund until the termination of his employment in 2015. While in the employ of Trustfund, he executed a confidentiality agreement that prevented him from disclosing any confidential information to any other person at any time during his employment and thereafter.

Sometime in 2019, four years after Sunday had exited Trustfund’s employment, it came to the knowledge of Trustfund’s management that Sunday was purportedly engaging its customers and encouraging them to transfer their accounts with Trustfund to a rival pension fund administrator (PFA) where Sunday now worked. Sunday was alleged to have secured the data of the customers during his employment with Trustfund, and that because of his ostensible actions, Trustfund lost some of its customers who had their accounts transferred to the rival PFA. Trustfund, therefore, sued Sunday for breach of confidentiality, claiming that Sunday’s action of poaching its customers had resulted in great financial loss to its business and thus, sought to injunctively restrain Sunday from further breaching confidentiality, as well as compensation in damages for its losses.

To successfully enforce a restrictive clause, employers must prove that they have an interest which is capable of being protected, that the restraint on the employee is reasonable, and that it is not contrary to public policy or interest.

Trustfund’s legal action was however not successful, having failed to prove its claims. In dismissing Trustfund’s claims, the court held that seeking to enforce a confidentiality agreement four years after cessation of employment was unreasonable, and arbitrary, and negated Sunday’s right to work and earn a living. According to the court, “…a confidential agreement is valid for the duration of the employee’s employment and for a predetermined period after his exit from the company. It is not made to last in perpetuity. It must be for a period of about one to three years…”

Our Comments
The applicability and enforceability of a restrictive clause, a non-compete or a confidentiality clause in employment contracts have always been treated on a case-by-case basis. Sometimes, these clauses are upheld, and at other times, they are struck down. In all instances, a key factor is the reasonability of the clauses. The Nigerian Supreme Court had cause to decide on this in Andreas I. Koumolis v. Leventins Motors Ltd (1973) SC.250/11971 and held that clauses in restraint of trade are generally unenforceable, but are enforceable only if they are reasonable, having in mind the interests of the parties concerned and the public.

In Aprofim Engineering Limited v. Bigouret & Anor. (2015) 52 NLLR (Pt. 173) 1 CA, the Court of Appeal in taking on the issue of restrictive clauses, decided the issue with the provisions of section 17(3)(a)(e) of the 1999 Constitution in mind and held a contract of employment void for restricting an employee from taking on subsequent employment in a similar company within six months after the termination of the employment contract. For context, section 17(3)(a) of the 1999 Constitution guarantees the rights of citizens to have an opportunity to secure an adequate means of livelihood as well as an adequate opportunity to secure suitable employment. In fact, the Court of Appeal reserved some stern words for the employer in this case as follows:

“…it is against the spirit of the Constitution, basic law, to castrate an able-bodied man and render him unemployed and useless to himself and family, for a period of six months (or any period at all) after being sent out of job, just to please and satisfy the mischievous desire of a selfish, greedy monopolist, who detest [sic] competition, and loath fairness…the Appellant’s Agreement is akin to a sentence of death, a wicked contrivance that completely negates employee’s mobility in labour, and bars his right to work and earn a living…”

The Court of Appeal’s decision was decided without the benefit of the Supreme Court’s decision earlier cited. The Supreme Court clearly set reasonability as the basis for the application of restrictive clauses. The jurisprudence of the NICN favours reasonability for example, in the decision in Overland Airways Limited v. Captain Raymond Jam [2015] 62 NLLR (Pt.219) 525 where the Court upheld the training bond retaining the employee with the airline for the number of years contracted. To successfully enforce a restrictive clause, employers must prove that they have an interest which is capable of being protected, that the restraint on the employee is reasonable, and that it is not contrary to public policy or interest. Put simply, there are three interests to be countenanced in deciding whether a restrictive clause is reasonable; the interest of the employer, the interest of the employee, and the interest of the public. This was the pith of the decision in iROKOtv.com Limited v. Michael Ugwu, unreported Suit No: NICN/LA/169/2015, the judgment of which was delivered on November 12, 2020.

In iROKOtv.com Limited v. Michael Ugwu cited above, the NICN that the employer had no interest to protect because that employer had no policy on confidentiality stating which of its information/data was deemed confidential. Employers must therefore ensure they have internal policies dealing with confidentiality, especially defining what information/data is confidential. As the employer has an interest, the employee also has an interest. The employee’s interest is to continue to be employable, employed, and able to put his skill to optimal use in earning a living and contributing meaningfully to society. As for the public’s interest, it is not in the interest of the public for a citizen or resident of a country to be disallowed from the legitimate use of his skill and gainfully employed. Idle hands are the devil’s workshop, as one who is idle will likely come to do evil.

In conclusion, a contract that is contrary to public policy cannot find support for its enforcement through the judicial process. An employer cannot protect itself from the competition, especially from a former employee simply because it believes the employee possesses some information about its business. Any limit to an employee’s right to earn a living or engage in suitable employment must be reasonable, putting into consideration, clear specifications, and particularization as to its scope, geographical application, and duration, being that such clauses cannot be in perpetuity with a wide application as to jurisdiction as decided in the cases of Mitchel v. Reynolds 24 Eng. Rep. 347 (1711) and Infinity Tyres Limited v. Mr San Jay Kumar and 3 Ors., unreported Suit No: NICN/LA/170/2014.

Emmanuel Abraye is a Partner, and Tanimola Oyekan an Associate at Perchstone & Graeys LP, a leading commercial law firm with offices in Lagos, Abuja, and Benin.

New naira: Reps to issue warrant of arrest on Emefiele