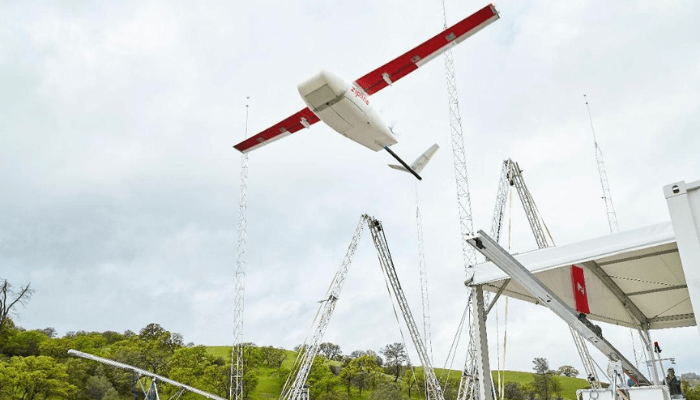 The company has successfully carried out initial deliveries to Galadimawa Primary Health Centre (PHC) in Kauru LGA and others earmarked to be rolled onto Zipline’s logistics platform for the speedy dispensing of healthcare.

The distribution centre, located in Pambegua, Kaduna is the first hub to be opened in Nigeria to support the government’s effort in sending medicals to health facilities in the state.

Speaking after the scheduled delivery of vaccines to the facility, Chongfilawos Irimiya, a medical staff at Galadimawa PHC, said Zipline has enabled them to easily receive medical supplies despite being located in a remote area.

BusinessDay understands that Zipline has obtained approval from aviation regulatory authority to operate autonomous aerial vehicles in Kaduna after the commissioning in June 2022.

Also, the first three distribution hubs of Zipline to be sited in Kaduna has the capacity to deliver medical supplies including animal health vaccines and e-commerce products to over 500 health facilities within an 80km radius at a speed of 110km/hr.

Catherine N. Odiase, general manager of Zipline Nigeria, commended the regulatory authorities for the fruitful engagements leading to the commencement of flight operations.

She said the company’s technology has proven to be a great resource in helping governments achieve access to universal healthcare.

“We remain committed to supporting the government of Kaduna in meeting this target by way of efficient delivery of medical commodities and other products as will be agreed, to all parts of the state within 40minutes or less from our distribution hub,” she assured.

In May 2021, it announced a similar agreement with Cross River and Bayelsa States.

Zipline’s drone delivery system is dedicated to expanding access to goods around the globe.

Over the years, the company has demonstrated its ability to work with governments and health systems to transform health supply chains to be accessible and work more effectively.

Nigeria is the third African country to use Zipline services, following national-scale operations in Ghana and Rwanda with operations in Kenya and Cote d’Ivoire yet to be launched later this year.

In total, the company has made more than 370,897 commercial deliveries containing more than 5 million units of vaccines and other medical products to facilities in Rwanda, Ghana, Japan and the United States.