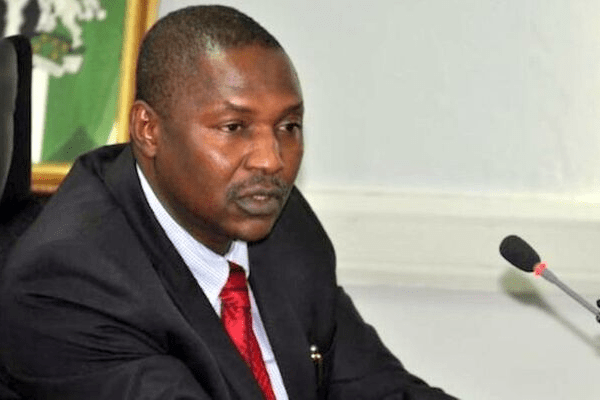 The Attorney-General of the Federation (AGF) and Minister of Justice, Abubakar Malami, (SAN) has disassociated himself from the dethronement of former Emir of Kano, Mallam Lamido Sanusi by the state government last Monday.

The minister said in a statement on Sunday that he was not in any way connected with the dethronement of  Sanusi  and his subsequent banishment to Nasarawa State.

A statement by Umar Jibrilu Gwandu, Special Assistant on Media to the AGF, said the issue of who did what over the dethronement saga has been effectively submitted for judicial determination. The matter is consequently sub judice, he said.

The Kano State government had on March 9 deposed Sanusi as Emir of Kano, citing disobedient and disrespect to constituted authorities.

He was subsequently banished and confined to Awe town in Nasarawa State.

A Federal High Court on Friday vacated the banishment and confinement order upon a fundamental human rights suit filed by Sanusi.

The former Emir has since departed Nasarawa for Lagos State.

Meanwhile, the minister said he will not comment further because the matter is pending before the court.