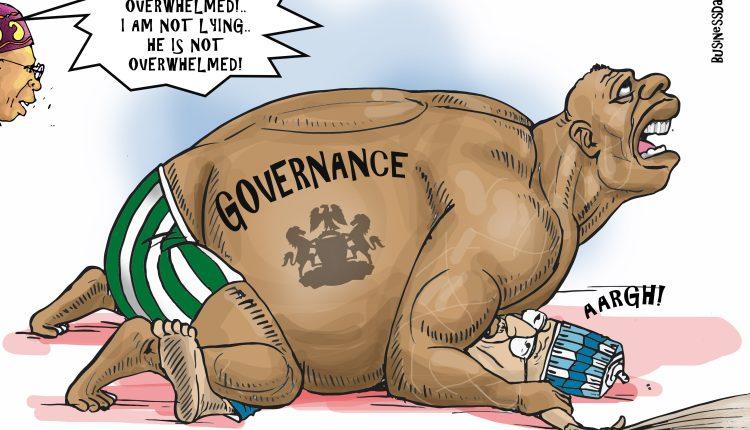 The House of Representatives Committee on Public Accounts has begun investigations into how Nigeria’s foreign mission engage in extra budgetary spending and refused to remit internally generated revenue into government coffers as provided for in the nation’s extant laws.

The case of how some embassies spent over N13 billion not budgeted for, is contained in the report of the Auditor General for the Federation on the financial and other activities of the foreign missions and the Federal Ministry of Foreign Affairs between 2010 and 2019 which the Public Accounts Committee is currently looking into.

However, the Auditor General said in the report that efforts to audit the accounts of some of the missions were rebuffed by staff of such embassies acting on the directives of the Permanent Secretary, Ministry of Foreign Affairs not to allow staff of the Auditor General access to their books.

The report stated that: “the practice where Nigerian Missions over-expended their allocations with impunity should be frowned at. It should be noted that this action is a contravention of financial regulation which stipulates that no expenditure on any sub-head of the recurrent estimates in excess of the provision in the approved estimates or supplementary estimates may be authorized by any officer controlling a vote without the prior approval of the National Assembly.

“I am deeply worried at the non-adherence to budgetary provisions by most missions. It is important to note that this act contravenes the provision of extant regulations which stipulates that no expenditure on any sub-head of the Recurrent Estimates in excess of the provision in the approved estimates or supplementary estimates may be authorized by any officer controlling a vote without the prior approval of the National Assembly. It should also be noted that this practice makes nonsense of the Appropriation.

“I have observed that most of the Nigerian Missions have formed the habit of over-expending their allocations with impunity. This practice makes nonsense the essence of appropriation and should be frowned at.

The report also said, while the landed properties of the Nigeria Embassy in Brassila have been left in a dilapidated position without any effort to renovate them, the Embassy has been spending a staggering amount of USD50,247.89 (N7,500,000.00) annually on rent for 2 of its staff, adding that the USD50,247.80 spent on rent for 3 years could be utilized to renovate the landed properties which are deteriorating.

It noted that the embassy exchanged six old vehicles whose prices was not made available for two new one purchased at a total cost of USD95,211.00 (N11,754,444.44), while an additional amount of USD17,642.08 (N2,375,224.28) was expended on shipment, Insurance and clearing of these new vehicles even when there was no budgetary provision for the purchase.

The report further said in 2010, the then Nigerian Ambassador to Poland claimed over N9.777 million annually for non existing domestic staff, saying that eveb though the Ambassador’s letter of engagement provides for the engagement of a cook/steward, House maid and Gardener who should be engaged locally at the post and enrolled on the payroll of the Mission, such staff were never employed.

According to the Auditor general, in 2011, the Nigerian Ambassador to France spent over N1.75 million from government coffers on entertainment of guests without any record; haircut, manicure, hair colouring and cost of ticket to Nigeria for consultation without any evidence of any official invitation/approval for the journey, describing them as very private expenses that should not have been borne by public funds.

In the United States of America, the report said “at the Embassy of Nigeria, Washington D.C. USA, properties owned by the Federal Government of Nigeria were sold and the proceeds of the sales used to open a “Property Account”. A scrutiny of the Bank Statements of the Main Account revealed that several transfers of funds amounting to USD17,477,677.54 (N2,619,949,997.79) were made at different times between 28th August, 2009 and 26th April, 2012 from the “Property Account” to the Main Account. Despite these huge transfers, the main account had only a meagre balance of the sum of USD769.49 (N115,348.58) as at 16th May, 2012.

“A Tax refund of USD1,550,000.00 which was inadvertently deducted from the sale of the Embassy’s property situated at 6705 Connecticut Avenue, Cherg Cheses, Maryland, had been withheld by the Solicitors on the sales since 2007. In a letter dated 12th December, 2007, the Solicitors informed the Embassy of the receipt of a cheque in the sum of USD1,550,000.00 being the refund and promised “disbursing the check (sic) to the Embassy of Nigeria promptly upon its clearance by 22nd December, 2007”.

“However, this was not done. Eight (8) months after the due date of the clearance of the cheque, the Embassy sent a reminder to the Solicitors requesting for immediate disbursement of the sum of USD1,550,000.00 plus interest accrued thereon, to the Embassy”.

It was reported that officials of the Nigeria Embassy in Paris were printing official receipts booklets for the collection of Government Revenue privately, contrary to Financial Regulations which stipulate that “under no circumstances shall temporary or privately printed receipts be utilized for the collection of government revenue”, adding that the practice encourages fraudulent activities as it makes it difficult to track the receipts issued out and thus difficult to determine the actual revenue generated.

At the Embassy in the United Arab Emirate, the report said, a total sum of US$100,000.00 (N15,385,000.00) was remitted as take-off grant to Oil and Gas Free Zone Authority (OGFZA) Rito Office, to open and operate an investment office in Abu Dhabi, UAE, even when there was no policy instrument to support the remittance.

It said: “total sum of US$84,000.00 (N12,923,076.92) was paid from this money to an officer representing OGFZA, Rito Office vide payment voucher No. 001 dated 6/6/14 without any expenditure returns or documents to support the disbursement. Therefore, it is difficult to accept this expenditure as a proper charge against public funds.

“The Permanent Secretaries, Ministry of Foreign Affairs and Ministry of Trade and Investments have been requested to explain and account for the sum of N12,923,076.92, otherwise, recover the amount and forward the recovery particulars for audit verification”.

The report said, the staff strength of the Nigeria High Commission in London was over-bloated, especially with local staff numbering 106 as at November, 2016, adding that there arbitrary and discretionary engagement, deployment and placement of local staff by the mission.

The Auditor General said there was a general lack of standard and uniformity in the conditions of service of the local staff, most of whom are Nigerians living in the United Kingdom while an average sum of £226,974.80 was spent monthly on the remuneration of the local staff, compared to the £74,108.38 spent on the home based officers.

The report further said: “the Nigerian Embassy, Berlin, Germany has eight members of home based staff and the Ambassador. The eight members of home based staff were occupying 8 units of rented residential houses. The Ambassador resides in a government owned property, the Embassy occupies a government owned property in Berlin while another property at Bonn owned by Government is presently unoccupied.

“However, the Embassy expended the sum of N45,160,495.30 and N35,228,977.07 on maintenance of Office and Residential accommodation in 2012 and 2013 respectively. The expenditure of the sum of N80,389,472.37 in 2012 and 2013 on 11 number of properties out of which 8 are rented does not portray economy. It would appear that the Embassy just expended this huge amount because the money was voted for it without putting economy into consideration.

“The frequency of the maintenance of these properties was alarming and therefore, it would be concluded that the expenditure of the sum of N80,389,472.37 in 2012 and 2013, was made without due regard to economy contrary to Financial Regulation and should be frowned at.

“Even though the Embassy did not expend on this subhead as evidenced by the 2012 and 2013 Vote Book balances, there was no evidence to show that the balance of N31,264,762.09 was returned to chest at the close of the financial years 2012 and 2013. It was in error to appropriate funds for the payment of rent of Office when the Embassy was occupying a Government owned property. This arbitrary appropriation to subheads that were not needed could be the reason why Missions over expend on some subheads.

“At the Nigerian embassy, The Hague, Netherlands, the sum of €66,730.00 was expended on the renovation of 6 Government properties. Furthermore, another sum of €226,393.345 was paid to two different contractors for the construction and repairs of the roof of the Chancery. The sum of €28,670.00 (N6,232,608.70) was paid to a Consultant as part payment for consultancy services for the provision of Priced Bills of Quantities to the Embassy. However, the voucher did not have documents to support the payment. The Priced Bill of Quantities which was awarded at a total consultancy fee of €45,000.00 (N9,183,673.47) could not be produced for verification.

“Similarly, another payment of the sum of €14,000.00 (N2,978,723.40) made to another consultant being payment for various consultancy services to the Embassy had no supporting documents. The Mission claimed that these were bills that have been outstanding for many years, yet the Mission did not find it expedient to attach the supporting documents.”

The report said: “On 28th July, 2010, the Ondo State Government opened a Students Account with Standard Chartered Bank, 13, Malcha Margclankyapuri, New Delhi with an initial deposit of Rs1,816,470 (N5,657,022.73). Since the account was opened, there had not been any transaction to suggest that it was meant for Students except for the fact that the money was transferred from the original account Number 52405053734 to a Fixed Deposit Account Number 52430220290 with the same bank on 31st March, 2011 at an interest rate of 9.75% compounded quarterly and with maturity date of 7th March, 2012.

“Further investigation revealed that there were no students from Ondo State in India, therefore, the purpose of this account remains inexplicable. This account should be closed while the sum of N5,657,022.73 with all accrued interest should be remitted to the Government of Ondo State.”