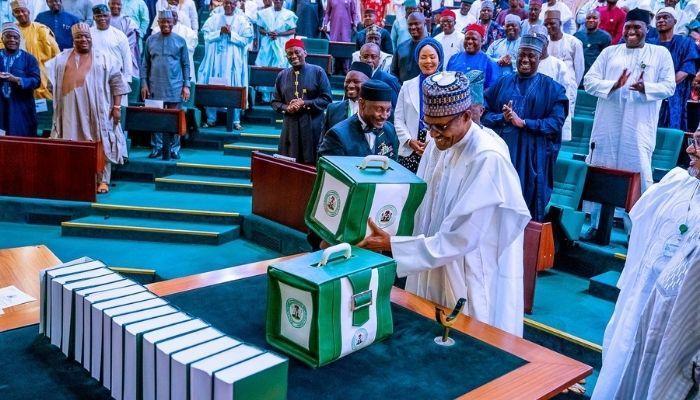 With a score of 45 percent, Nigeria has emerged as the second best in Sub-Saharan Africa (SSA) in terms of budget transparency at the federal government level – though it ranked 65th position among 120 countries measured in 2021.

The ranking was carried out by the International Budget Partnership (IBP) through its Open Budget Survey (OBS), an independent and fact-based research instrument that uses internationally accepted criteria to regularly assess transparency, oversight and public participation in the national budgeting process, while also making comparative analysis.

Nigeria posted its best performance in the OBS, improving by 24 points for transparency in the latest round. The total transparency score of 45 in the 2021 survey, is a significant leap from the 21 scored in the 2019 survey.

The performance is the second-highest improvement worldwide in transparency, second only to the Gambia.

The OBS is a tool for the government, civil society, and development partners to identify, discuss and prioritise actions to create advanced, open and accountable budgets.

It has three pillars, budget transparency, public participation and oversight, and is conducted every two years. This 8th edition of the OBS covered 120 countries.

“In this round of the open budget survey, we are excited to report that time, Nigeria is one of the top countries in the survey to improve on the OBS measure of budget transparency at the central government level.

“This improvement reflects ongoing efforts by the governments to improve the public availability of key documents on budget information,” Sally Tolbet, senior programme officer, International Budget Partnerships (IBP) who announced the outcomes of the survey in Abuja on Tuesday, said.

“But this is also supported and reinforced by civil society groups who have come together to ask for the data they need to understand how public funding is being prioritized and allocated and spent,” Tolbet told BusinessDay.

All these efforts, she said started over a decade ago and have also been accompanied by others in state government, which, however, are not covered within the OBS methodology.

Tolbet explained that the basis for the OBS is 145 score indicators based on international practices and standards.

These indicators measure the public availability and comprehensiveness of the yearly budget documents, the role and effectiveness of the oversight institutions and opportunities for public participation in the budget process.

The transparency part of the OBS measures public access to information on how the central government raises and spends public resources.

It assesses the online availability, timeliness and comprehensiveness of eight key budget documents using 109 equally weighted indicators and scores each country on a scale of 0 to 100.

A transparency score of 61 or above indicates that a country is likely publishing enough materials to support informed public debate on the budget.

The top-performing in SSA was Ghana, which scored 56, while Nigeria scored equal points as Liberia, and Sierra Leone.

“At the federal level since 2010, there was not much progress made on the OBS indicators for transparency until in 2021 when the score for Nigeria jumps from 21 to 45.

“This big leap that is being seen by OBS Transparency in Nigeria is mainly driven by the government’s successful efforts to improve tiny availability of three key budget documents, including the pre-budget statement, the in-year reports and the mid-year review which have changed between 2019 and 2021.

“With these improvements, Nigeria has successfully published seven of the eight key budget documents that were assessed in the OBS.”

However, Tolbet raised concerns about the audit report of the government’s financial statements which most times, is not published.

She said an audit report is a critical document that should be published or produced by the Office of the Auditor-General to ensure that the government accounts are sound, complete and discloses any irregularities found in the government’s finances.

“In Nigeria, the audit report is often published after a long delay, or sometimes two to three years, which is far longer than the international standard for the publication of this document, which requires that should be published within 18 months by the end of the fiscal year.”

Also, Nigeria scored low on two critical documents – the budget proposal and the year-end report, which is the final budget implementation report for the year.

Tolbet suggested some reforms which could push up Nigeria’s ranking like enhancing the budget proposal with additional information, strengthening the year-end budget implementation report, as well as publishing an audit report, which is an essential first step in ensuring that the government considers response and takes actions on audit findings.

“Nigeria is seeing more forms basis for public participation on budget issues, however, the score on the OBS spectrum for formal opportunities and the public in public participation in the budget process shows that there is still room for improvement on this measure,” she added.

In his presentation, the director-general, Budget Office, Ben Akabueze, said the government has over recent years undertaken a number of reforms in the Public Finance Management (PFM) space which have culminated in significant improvements.

According to him, the outcome of the 2021 open budget survey signposts the government’s commitment to continuous reform efforts.

“We are optimistic about our reform plans considering the positive outlook and look forward to better improved scores in the next round of survey.

“We shall explore available opportunities to streamline processes and leverage technology where necessary to improve the PFM ecosystem in Nigeria.

“Finally, we note the recommendations from the International Budget Partnership for Nigeria and will consider those not already covered in our reform agenda,” Akabueze assured.