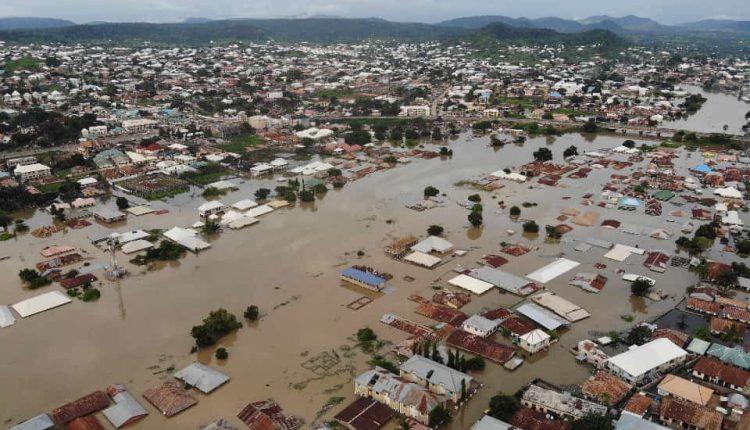 Several communities in Kogi state including the major highways are currently being ravaged by what residents have described as the worst flood yet.

The situation has resulted in untold hardship for residents, trapped many vehicles and left many commuters and travellers stranded. BusinessDay gathered that the flood caused heavy gridlock from the Abuja-Lokoja highway to Lokoja-Koton-Karfe road since Monday, and even other major highways.

Timothy, a resident in Ganaja, while describing the flooding situation as the worst disaster yet, said the roads are literally underwater forcing commuters use boats and canoes to pass through.

“Here, the roads are covered with water, you can’t pass. Even trucks carrying goods will have to wait for some days for the water to reduce a bit. It’s really scary, it is the worst I have seen,” he said in a telephone interview with BusinessDay.

Also, passengers heading to the Southern part of the country sought alternative routes.

Esther Wada, another resident in the state told BusinessDay that the situation is also affecting buying and selling as several traders are stuck in the gridlock or being hindered by the flood; and those who manage to exit the flooded areas pay higher transport fare.
Read also: Relocate flood-prone communities- NEMA tells S/South states

“The flood has destroyed so many houses and properties, and people cannot move from place to place. My sister was supposed to transport the farm products to lokoja on Monday but she was held up for hours. She did not sell more than half of her wares. Government should intervene quickly before this water submerges everything and everyone here”, she cried.

According to authorities, the flooding follows the persistent rainfall, the release of water from Ladgo dam in Cameroon which caused the river Niger and Benue to overflow. Lokoja sits at the confluence of the Niger and Benue rivers.

It was gathered that the flooding began in late September and have destroyed hundreds of homes especially in the state capital Lokoja and Ajaokuta Local Government Areas (LGA); and displaced more than 10,000 persons.

Yahaya Bello, governor of Kogi State, has said that flooding has affected the nine LGAs which borders the Niger and Benue rivers to include, Lokoja, Kogi-Koto, Ajaokuta, Ofu, Igalamela-Odolu, Bassa, Idah, Ibaji and Omala.

“I am deeply distressed by the scope of devastation and suffering that has already been visited on our people by the rising floodwaters this year.

“We therefore have a serious and humanitarian tragedy on our hands, but I wish to assure every person, family and community which has been affected that they are not alone and that help is coming,” governor Yahaya Bello said recently.

Bello also acknowledged that the 2022 floods is the worst flood disaster in a decade and appealed to President Muhammadu Buhari, to declare a state of National Disaster due to flooding in Kogi and other affected states, as was done in 2018.

Travellers on the Abuja-Lokoja road are advised to use alternative route.

If you are going to Ogugu or other parts of the Southeast or Southsouth, please use Nasarawa-Loko-Oweto or Lafia-Markurdi-Otukpo road, the travel advisory said.

If you are going to the southwest, use Minna-Jebba-Mokwa.

Few things the media will never show you

This is a whole local government in lokoja that is been submerged inside Flood ,

Retweet till the right authority sees this pic.twitter.com/9SUslRPfqK