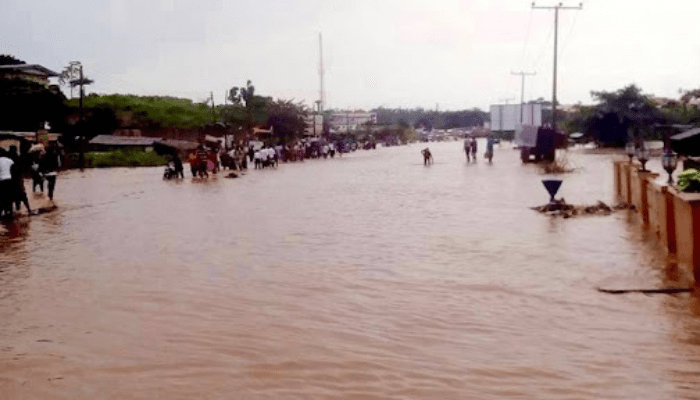 The National Emergency Management Agency (NEMA) has called on the governments of Rivers, Bayelsa, and Cross-River to relocate their flood-prone communities to safer, higher grounds.

Godwin Tepikor, the zonal coordinator, NEMA South-South geopolitical zone, made the call at a conference he addressed on Thursday in Port Harcourt.

He urged the emergency management agencies in the three states to sensitise state-level actors to prepare adequately for the 2022 flood prediction.

“States Emergency Management Agencies should intensify efforts to move communities that are at risk to higher grounds.

“They should identify safe, higher grounds for evacuation of persons and to pre-position platforms like boats that will assist in the evacuation of people at risk,’’ he said.

Tepikor also called on the state governments to stockpile foodstuffs and non-food items, potable water, safety, and security devices to enable evacuated persons to have a fair level of comfort during their period of displacement.

He said NEMA had taken its advocacy to communities in the four local governments areas in Orashi Region in Rivers where flooding would likely occur.

He said chiefs, community development committees, youths and women in the areas had been informed to be prepared for the predicted flood.

“We cannot do enough until the flood has come and gone, but it is imperative that we intensify efforts so that the impact of the flooding will be mitigated as soon as possible,’’ Tepikor said.

The NEMA’s director-general, Mustapha Ahmed, held a technical meeting on September 19 to review the flooding situation in the country.

Ahmed alerted the nation at the meeting that there would be flooding in parts of the country as predicted by the Nigerian Hydrological Services Agency.

He said also that Cameroon had started the release of water from its Lagdo Dam since September 13 and that the exercise would affect Nigeria one way or another. NAN