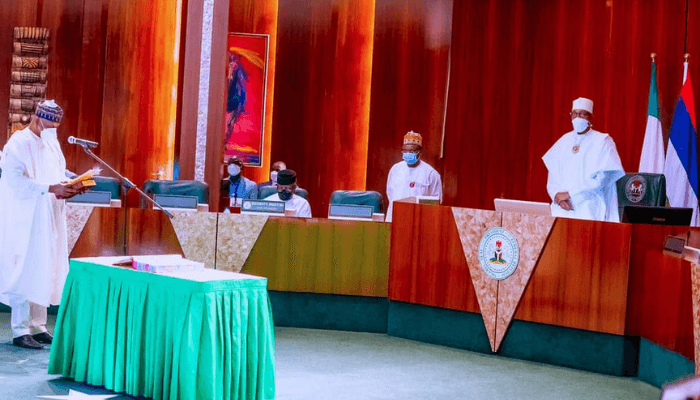 President Muhammadu Buhari has sworn in Muazu Sambo as minister of state for works and housing, representing Taraba State in the federal cabinet.

The swearing in was held before the opening of the National Security Council meeting in the Presidential Villa, Abuja, on Friday.

Those in attendance at the security meeting include Vice President Yemi Osinbajo; Boss Mustapha, secretary to the government of the federation; ministers of police affairs, justice, defence, interior and foreign affairs.

Others were the service chiefs, national security adviser to the president retired, inspector-general of police, director-general of the Department of State Services (DSS), among others.