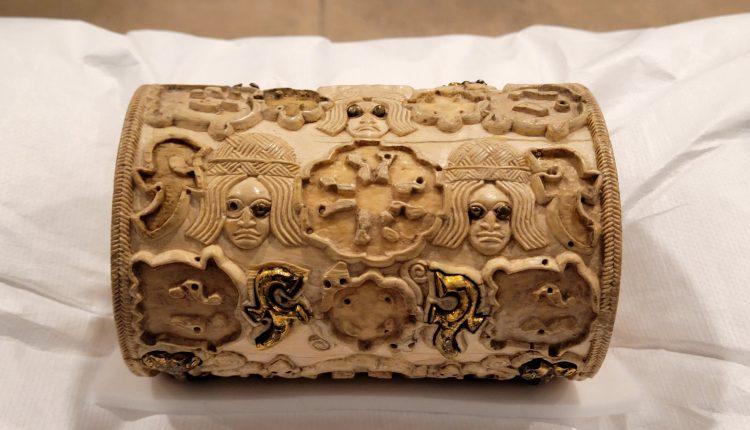 The Horniman Museum became the first British government-funded museum to return Benin bronzes looted during its invasion of the ancient kingdom in 1897.

The transfer, which took place on Monday, November 28, 2022, at the museum, was the end result of an extensive diplomatic agreement between the British government and the Nigerian government to return important pieces of Nigeria’s history and common identity.

The transfer of ownership agreement included 72 bronze sculptures, of which 6 have been earmarked to be returned immediately.

A delegation of the Nigerian government, which included some members of the Benin Royal Council, Governor Godwin Obaseki of Edo State, and members of its diplomatic core, were present at the signing-in ceremony.

An excited Prince Erediauwa of the Benin Royal Family said, “These plaques were like pages of a book. Now they are scattered all over the world. It’s still a pain to us in Benin today.”

The return of these artefacts is part of the diplomatic arrangement the federal government has carried out with the British government, the U.S. government, and the government of Germany to return its artefacts that are scattered all over the world.

During the signing-in ceremony at the museum, Edo State Governor Godwin Obaseki said, “In Nigeria, the story now begins,” over the returned bronzes.

He pleaded that the nation must not relent in building its repository of historical artifacts, which would play a pivotal role in transferring cultural identity from generations to generations yet unborn. “How does the return benefit Nigerians? How will they be researched and viewed? How will they inspire young Nigerians? Can returns give birth to tourism? These are the challenges. We must ensure golden opportunity not missed.”

Lai Mohammed, the Minister of Information and Culture, had said in October that the federal government was in talks with the governments of France and Mexico to have our bronzes returned.

The minister said that the world had realised that it was an ethical and moral issue to return the artefacts to their owners.

How did the Benin bronzes end up in London?

According to a National Geographic documentary, in the nineteenth century (1801–1900), British forces planned to expand their political and commercial interests in West Africa by exiling Oba (King) Ovonramwen of Benin, destroying his trade monopoly in the Niger Delta, and colonising his kingdom.

The invaders stripped Benin City of thousands of antiquities. They gave some to Queen Victoria and kept others for themselves or sold them for profit in West Africa, England, and elsewhere. Many ended up in the halls and storerooms of museums around the world, including the Horniman.