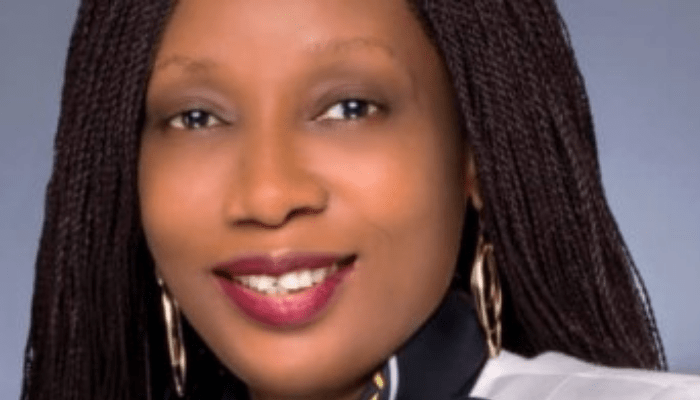 Abimbola Omowunmi Tiamiyu former director of Examinations at the Chartered Insurance Institute of Nigeria (CIIN) has been appointed the director-general of the training body.

She takes over from Richard Borokini who retired as the DG of the Institute having served for four years.

Bimbola, as she is fondly called, started her educational career at Sisi Obasa Nursery and Primary School, Alagomeji, Lagos State, from where she proceeded to Ladi-Lak Institute, Alagomeji also in Lagos State. She had a very robust secondary school education at Federal Government College, Ogbomoso, Oyo State, where she obtained her Senior Secondary School Certificate in 1991.

She then proceeded to Ogun State University (now Olabisi Onabanjo University), Ago-Iwoye, where she bagged a Bachelor’s Degree (Honours) in Mathematics in 1997. Upon graduation, she was privileged to serve in Mary & Martha Juniorate, a Junior Secondary School, in Igbodo, Delta State, where the seed of her love for moulding younger generations to be better citizens were germinated and has continued to flourish progressively.

She started her Insurance Career with Great Nigeria Insurance Plc in March 1999 as a Superintendent, under the tutelage of Michael Abimbola Siyanbola, a great motivator on academic and professional excellence. In Great Nigeria Plc, she garnered underwriting experience in both Life/Pensions; and General Business Insurances; from where she moved to Cornerstone Insurance Plc in 2005. At Cornerstone, she demonstrated expertise working in various capacities in the Life Unit, Actuarial Unit and exited as the Group Head, Central Claims Group to join the Chartered Insurance Institute of Nigeria in April 2018 as Director (Examination).

She is a member of the Professional Insurance Ladies Association (PILA), where she was the Education Secretary (April 2016 till 2018) and Membership Secretary (2014 – April 2016). She has served in various sub-committees of the Life Offices at Nigeria Insurers Association, where she was the Assistant General Secretary (2013/2014). She is also a Faculty Member at the College of Insurance, Asese, Ogun State and a Certified International Labour Organisation (ILO) Micro-Insurance Trainer. Mrs Tiamiyu’s passion for sharing knowledge has seen her facilitate numerous training and seminars within and beyond the insurance industry.