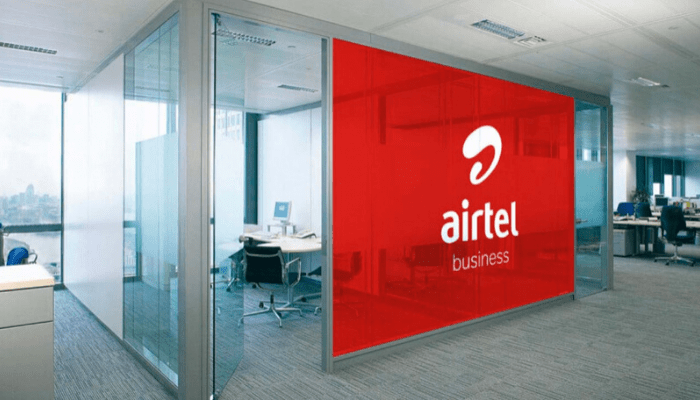 Airtel Africa Plc is taking advantage of the country’s population growth and the need for increased connectivity and financial inclusion to bolster earning amid a period of high volatility.

Since the telecommunications giant listed its shares on the Nigerian Stock Exchange (NSE) to become the third largest most valuable company in the country, its earnings have grown by double digit.

Also, shareholders or income investors have been rewarded by way of bumper dividend, thanks to significant improvement in free cash flow generation, reduced leverage, and solid working capital position.

Interestingly, Airtel’s free-cash-flow surged by 200.70 percent to $453 million as of March 2020, and what this means is that the company has the financial strength to continue to fund future aggressive expansion plans.

The telecoms giant has also continued to invest in future growth opportunities across the continent as it expanded its distribution, modernized and expanded its network with 65 percent of site now on 4G. It equally acquired a new spectrum in Nigeria, Tanzania, Malawi, and Chad.

Airtel Africa’s revenue increased by 13.80 percent in constant currency terms to $3.42 million as of March 2020, from $3.0 billion the previous year.

The growth at the top line was largely driven by an 11.9 percent surge in customer base to 110.60 million, and a breakdown of revenue per segment shows voice revenue jumped 5.20 percent, data revenue 39 percent, and mobile money revenue 37.20 percent.

Airtel Nigeria and East Africa are its cash cow, as they continue to deliver strong performance despite economic uncertainties in the region,

As a result of strong revenue growth and stable expenditure as a percent of revenue, operating profit increased by 25.40 percent to $901 million as of March 2020.

Earnings before interest taxes, depreciation, and amortization (EBITDA) were up 16.30 percent at $1.51 million as of March 2020 from $1.33 million the previous year.

Airtel Nigeria has generated much cash for every Naira of revenue earned, leading to more profit from operations.

The operating expenses ratio reduced to 73.64 percent as of March 2020 from 81.43 percent the previous year. This means the company is spending less on expenses to generate each unit of revenue.

Airtel Africa can pay interest on its outstanding debt and there are no threats to its going concern.

Time’s interest coverage improved to 2.24 times as of March 2020 as against 2.07 times the previous year.

Airtel Africa has a lower debt to equity ratio, which usually implies a more financially stable business. Debt to equity ratio improved to 64.38 percent as of March 2020, as against 73.64 percent the previous year.

Net debt reduced by 19.82 percent to $3.24 billion as of March 2020 from $4.0 billion the previous year. The reduction in debt was due to an increase in cash of $680 million from the Initial Public Offerings (IPO) proceeds and $122 million proceeds from the cancellation of derivatives.

The company operates in a market beset by the coronavirus pandemic as the government has imposed a lockdown policy to curb the spread of the virus.

As a result of Cov-19, oil demand has slumped by 30 percent while economic activities across the world have been ground to a halt

The International Monetary Fund says Nigeria’s economy is expected to shrink by 3.4 percent this year and Africa’s largest economy could face a recession lasting until 2021.

As a result of measures taken by the government to contain the spread of disease, Airtel Africa’s money mobile business has been affected by social distancing measures and non-essential service closure, reducing the ability of customers to withdraw and deposit money.

“Several governments have asked mobile operators to wave fees on certain transactions, including person to person and merchant payment,” said the company.

“We have engaged with government and regulators to allow certain mobile outlets to be classified as essential services so that customers can fully access mobile services.”

To conserve cash, reduce costs and mitigate the risk of CovId-19, the management and board of directors of Airtel have reviewed its operating expenses, and discretionary to a large extent has stopped.

The company has said there is a travel ban across the business which has resulted in significant savings.

It has also deferred the salary review for management and employee till a time more clarity on the COVID-19 impact is seen.

Airtel Africa intends to invest in its network and spend its $650 million and $700 million of capital expenditure in the next financial year in line with its guidance.