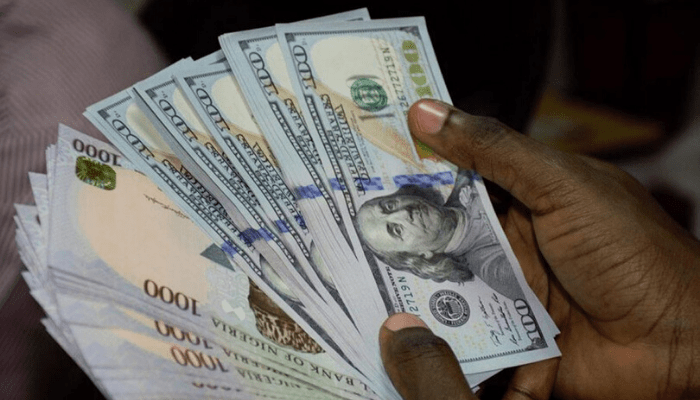 After CBN announced last April that it was going to resume sales of around $100m to Small and Medium Enterprises(SMEs) as well as parents paying school fees abroad, many thought it may be the beginning of the end of the prolonged dollar scarcity that has sent dollar rate in the FX market to N450/$1 and caused Nigeria’s first technical devaluation since 2016.

Obviously, they all miscalculated as the dollar has continued to sustain its N450 exchange rate levels. As at Friday last week, Naira had slipped further as the dollar was trading at N460/$1. The real question is why is the $100m sales not stabilizing Naira in the exchange rate market, we dig into Nigeria’s FX demand figures to explain why.

Last year, Nigeria total effective import demand was about N16.95 trillion ($55.4b) which meant that excluding dollar speculative demand, Nigeria will have a normal weekly FX demand of around $1.065billion just to cover for the weekly national imports of N326.15billion in the country. While this type of lavish spending by Nigerians was affordable last year considering we exported about N19.19 trillion ($62.72b) which comes down to a weekly export earnings of $1.2billion per week, this year export earnings have dwindled significantly while the import demand has failed to collapse at the same magnitude as the decline in import, thereby causing the severe exchange rate pressure Naira is currently suffering.

Despite posting a trade surplus of N2.23 trillion ($7.3 billion), somehow, Nigeria’s foreign external reserves still managed to decline by around $4.5 billion in 2019, probably due to large net capital outflows from the country and CBN’s choice to defend the Naira throughout 2019 instead of opting to devalue the already weakened currency.

Today, with export earnings declining rapidly with the collapse of crude oil prices, Nigeria’s monthly export earnings cannot sustain the import demand using just its foreign exchange earnings which may explain why the foreign external reserves dropped quite rapidly in the first quarter of the year. Crude oil which contributed 76 percent of Nigeria’s export earnings in 2019 has seen its market price per barrel fall by around 47 percent year to date. This means that holding all other things constant, Nigeria’s export earnings is expected to have dropped by approximately 36 percent since the start of the year. Theoretically, this will cause weekly foreign exchange earnings to drop to barely $0.77b compared to the $1.065b import demand we have in the country, creating an excess weekly dollar demand of around $0.29b that will go unsatisfied every week.

However, our current scenario today is worse, our oil shipments are stuck in the high sea for weeks searching for buyers and reluctant buyers are paying well below market prices to take our oil off our hands which explains the low amount of dollar sales by CBN.

If CBN weekly dollar sales is only $100m, then it is only capable of satisfying 10 percent of Nigeria’s import demand, leaving the market to search for the remaining 90 percent in the parallel market thereby causing the severe price dislocation.

Whichever decision, CBN takes going forward, it appears its hands are tied as it will have to choose either devaluing Naira to reduce import demand or continue depleting the reserves to sustain our lavish import demand. Currently, our import cover is about 7 months and 2 weeks, a decline from an average of 9 months cover in 2019 showing the latter decision seems to be what CBN is opting to do or they are just delaying on the former. Whatever it is, the only certainty today is $100m weekly sales is far from the lasting solution Nigeria needs for its exchange rate market.