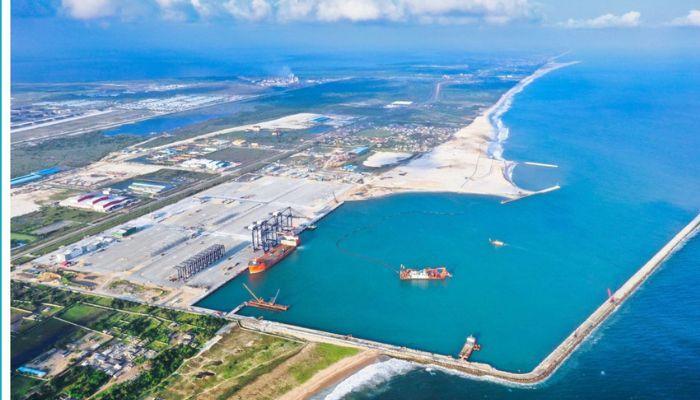 The port was completed by CHELE and handed over to the Lekki Port LFTZ Enterprise Limited, to take over a fully completed port after about 16 years the project was announced with fanfare in Lagos.

Despite its completion, the port is yet to begin commercial operations.

According to Biodun Dabiri, chairman of the Lekki Port Board of Directors, the port will begin full commercial operations after the presidential commissioning which is expected to take place soon.

Just like any other massive infrastructural project, the development of Lekki Port was segmented into phases, and the new container terminal, which was recently completed, is the first phase.

The entire port project is valued at about $1.5 billion, but, according to Wu Di, vice president of CHEC, the total value of the EPC contract for the first phase of the port project is $581 million.

By implication, Nigerians will further see more expansion projects on the port site after the new port must have started commercial operations.

In this first phase, the port is expected to have a natural depth of 16.5 metres, a quay length of 680 metres, a breakwater of 1.909 metres, about three container berths, a marine services jetty to handle containers as well as a liquid and dry bulk.

The container terminal is built and equipped with the capacity to handle up to 2.7 million 20-foot equivalent units of containers annually.

Also, the commencement of major construction works at the port site was officially flagged off on March 29, 2018 by President Muhammadu Buhari, about 12 years after the intention to build the port was announced.

However, findings by BusinessDay show that the actual construction works started 27 months after due to issues around financial closure.

The construction of the port officially started on June 15, 2020, and was completed on October 24, 2022, Wu Di, who doubles as a director of Lekki Port, said during the construction completion ceremony.

Confirming this, Dabiri said getting a loan facility from China Development Bank to the infusion of equity capital in the sum of $221 million by China Harbour Engineering Company in the midst of an unprecedented global pandemic aided the start of the construction of the port.

In terms of equipment, the new port has received the first and second batches of equipment, comprising five ship-to-shore cranes and 15 Rubber Tyred Gantry cranes from Shanghai in China.

It was built under the public-private partnership initiative. It has a shareholding structure where the international consortium, led by Lekki Port Investment Holding Inc., holds a 75 percent stake; Lagos State Government, a 20 percent stake; and the Nigerian Ports Authority, 5 percent.

Lekki Port has been described as a game changer that will boost the growth of the Nigerian economy, create about 170,000 direct and indirect jobs, generate about $361 billion during the 45 years concession period, and generate over $201 billion in revenue for both Lagos State and the Federal Government after the liquidation of the loan.

Xie Xianju, the general project manager of CHELE, said the port would be the destination of choice because it is the first deep seaport in Nigeria with a capacity to take large vessels.