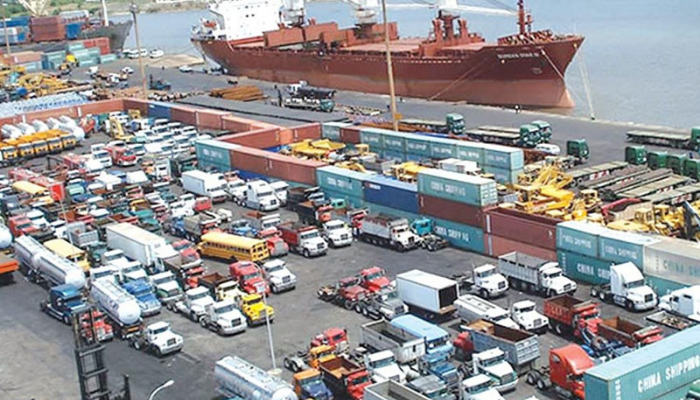 Following the resolution of the dispute between APM Terminals and the Maritime Workers Union of Nigeria (MWUN), the Nigerian Ports Authority (NPA) said it has resumed issuance of electronic call-up tickets for trucks bound to pick cargo from the Lagos Port Complex (LPC), operated by APM Terminals.

The NPA management announced this on Saturday using its official twitter handle @nigerianports, confirming that port operations are presently going on seamlessly at Nigeria’s busiest port in Apapa.

“UPDATE: Management is delighted to announce the resumption of activities at the AP Moller Terminal at the Lagos Port Complex. This followed the resolution of the dispute between APMT and the Maritime Workers Union. Issuance of Eto tickets have thereafter resumed and operations are going on seamlessly,” the tweet reads.

According to the tweet, NPA management thanked all stakeholders for their support and patience as they work towards perfecting operations with the electronic call-up system.

Recall that the Maritime Workers Union of Nigeria (MWUN) had on Friday said that it called off the two-day industrial action against the APM Terminals Apapa. It had accused the terminal operator of employing expatriates in positions that can be handled by Nigerians.

Adewale Adeyanju, president general of the union, disclosed this to newsmen during a visit to the Nigerian Shippers’ Council, adding that the part two of the strike would be against erring terminal operators, who are bent on disrespecting the laws of this land.

Shipowners disappointed over failure of minimum wage talks with seafarers