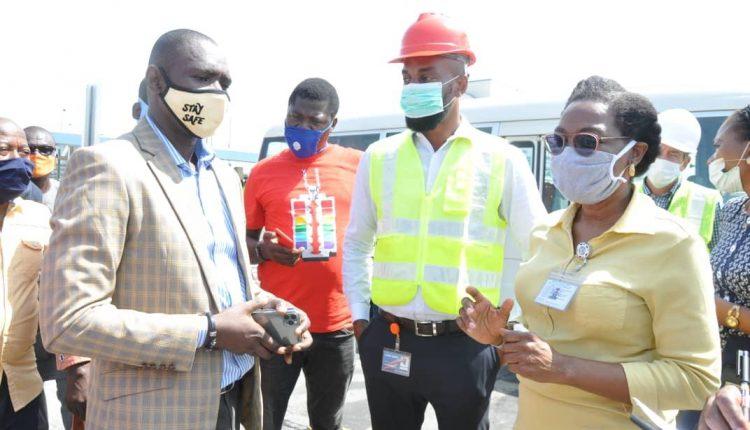 Share FacebookTwitterLinkedinWhatsAppEmailTelegram
APM Terminals Apapa and the Nigerian Railway Corporation (NRC) have restored the evacuation of containers by rail from the Lagos Port Complex (LPC) Apapa as part of efforts to decongest roads leading  to the port and reduce gridlock.
BusinessDay understands that APM Terminals originally restored the rail service in 2013 running three times per week to Kano and Kaduna but was stopped at a point due to technical issues.
Speaking in Lagos on Monday, Daniel Odibe, general manager, External Affairs of APM Terminals Apapa, said the terminal and the NRC have developed a new Standard Operating Procedure (SOP), which would bridge communication gap and ultimately lead to more efficient cargo evacuation by rail.
According  to him, the new SOP was facilitated by the Nigerian Shippers’ Council (NSC).
“We wish to thank the Nigerian Shippers Council for facilitating this new Standard Operating Procedure directed at improving service delivery to shippers and consignees. This is an important milestone for the port. It is something we have always asked for. We want to have a Standard Operating Procedure for receiving trains into the terminal and servicing them. It definitely helps planning when you have adequate information ahead of time,” Odibe said.
He said that the resumption of cargo evacuation by rail will help in reducing backlog of cargoes at the port given the closure of a section of the Apapa Bridge for repair works.
“Our intention when we constructed the rail line in 2013 and connected it to the national line was to provide alternate mode of evacuation of cargoes to customers. So, coming together to improve on the number of containers that we evacuate by rail line is coming at the best time with the bridge closure. It will take away some trucks from the road,” he added.
Jerry Oche, Lagos District Manager of NRC,  said that a train is made up of 19 wagons and each of the wagons can take one by 40feet or two by 20feet containers.
“So, if we are doing 40feet containers, that is 19 trucks off the road and if it is 20feet containers, that is 38 trucks off the road per trip. We are starting with two trips per day and we hope to increase it in no distant time,” Oche said.
Ifeoma Ezedinma, director, Regulatory Services of Nigerian Shippers Council, said the new service will help decongest port roads because of the existence of multimodal transport – road, waterways and the train.
Share FacebookTwitterLinkedinWhatsAppEmailTelegram