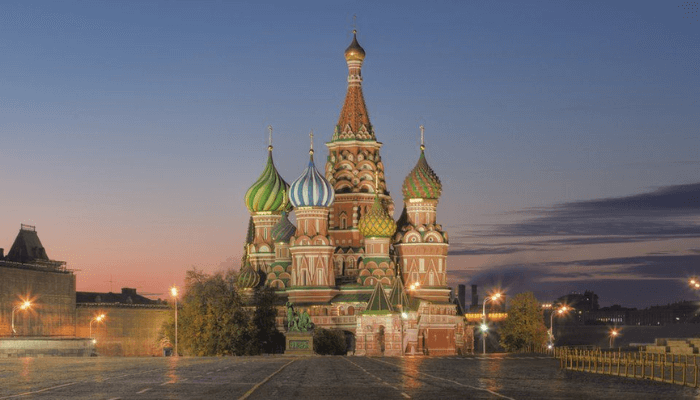 Executives at the Russian arm of Warner Music, home to artists including Ed Sheeran and Dua Lipa, and French company Believe, have continued to try to broker deals despite the suspension of business after the invasion of Ukraine, according to the Guardian.

The $15bn (£13bn) publicly listed Warner Music which is owned by Sir Leonard Blavatnik, the Ukrainian-born billionaire with US and UK citizenship owns ADA Russia, which works with local independent labels and artists such as Zemfira and Gorky Park. The wider ADA operation lists artists including YouTuber and rapper KSI as clients.

A marketing email sent by a top executive at ADA Russia, which is located within Warner Music’s offices and whose staff have Warner Music email addresses, tried to drum up business with local labels almost a month after its parent company announced a suspension of all operations in Russia in March.

According to reports, the email, sent in April sought to discuss “potential cooperation”, offering premium rates for a range of music services and citing a string of Russian artists the company already represents.

“I would like to note that our streaming rates are much higher, we can do vinyl releases as well, and we offer advanced analytics,” the executive said in the email. “Everything is ready, and we’d like to demonstrate it in examples. We would like to meet up with you and discuss in person all the opportunities and our potential cooperation.”

After the invasion of Ukraine in February, Warner Music Group announced on March 10 that it was “suspending operations in Russia, including investments in and development of projects, promotional and marketing activities, and manufacturing of all physical products.” The email directly contradicted that statement.

A Warner Music Group representative acknowledged that the executive shouldn’t have been conducting business in Russia and stated that an investigation had been launched.

“We suspended our operations in Russia in March,” he said. “This email is more than five months old, but it should not have been sent. We’re investigating what happened and we’ve also reiterated the rules of our suspension to our local team.”

Read also: Oil rise above $111 amid more sanctions against Russian invasion of Ukraine

Despite the music executive’s infringement, it is not believed that the Russian company routinely operates in violation of Warner Music’s guidelines.

However, the French music group Believe, which has a market value of more than €800 million (£702 million) on the Paris Stock Exchange, is continuing to operate in Russia on a much larger scale. This includes making payments to a local streaming service that was previously owned by Sberbank, the nation’s largest lender and a party to the UK, EU, and US sanctions lists.

After the invasion of Ukraine, ‘Believe, one of the top computer companies in France, advised Russian clients on how to get past sanctions while claiming to be in complete compliance with them.

According to reports, the company said that it had stopped hiring and new investment in Russia and suspended activities including releasing music from independent artists that use its services, as well as terminating relationships with local labels and artists it works with directly under international sanctions.

However, it has emerged that Denis Gorshkov, the managing director of Believe’s Russia operation, is continuing to try to sign deals with artists and for new catalogs.

Another email includes a follow-up on a €3 million “new offer” from a Russian label to “monetise fresh releases and the back library,” according to reports. The business said that because it is a new deal with an existing partner and not a new investment in Russia, it does not violate its March commitment.

“Believe has pledged for peace and made the choice to continue to operate with its local clients, artists, and partners in the Russian market in compliance with all applicable laws and regulations,” said a spokesperson for Believe. “Believe is maintaining all its operations in Russia to support its artists, and labels and protect its people’s safety as well as ensure access to music production and distribution. Believe’s mission always remains to protect creation, artists, music, and its people all over the world, and to support both teams and people.”

A spokesperson for Believe said that the new hires are to replace natural staff turnover and do not represent an expansion of its Russian operation.

According to reports, a financial report of a Russian artist’s activity with Believe, also shows that it conducts business with local streaming service SberZvuk, which until recently was owned by state-controlled Sberbank.

In May, Sberbank, which acquired the streaming service in 2020 to create a competitor to Apple Music, Spotify, and local rival Yandex, sold its stake as part of a wider divestment of positions in Russian tech companies after the invasion.