Nigeria’s gorillas and their tourism potential now close to extinction 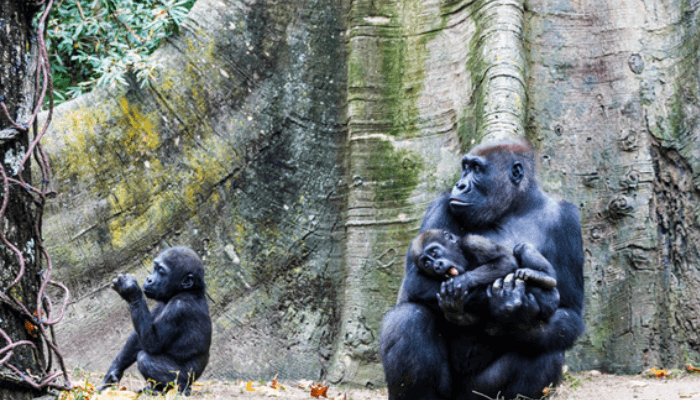 With less than 100 River Gorillas left to dodge poachers and illegal loggers, the country could lose a valuble tourism revenue resource as these iconic species, native to Nigeria, are on the brink of extinction, if drastic measures are not taken to conserve them, writes ISAAC ANYAOGU.

It wasn’t until the 20th century that scientists learned about the Cross River lowland gorilla, a species native to Nigeria, and regarded as the world’s rarest great ape. While it took centuries to learn of their existence, it is taken decades to try to run them out of existence.

To encroach upon their habitat, you will have to roam deep in the mountainous rainforests of Cameroon and Nigeria, brave through bamboo thickets and vast thick forests. Arm yourself with feller bunchers and swing machines and really have a go at the trees. Since many remote locations within Nigeria can quickly morph into ungoverned spaces, the gorillas have to be quick to flee from the fallen trees.

Those that escape deeper into the jungle have little succor because the logging machines only create a path for hunters and poachers who are now hunting them to extinction. When conservation groups including WildAid began sounding the warning that this animal is on the brink of extinction, there were barely 300 of them surviving in the shelters, there are fears that their population could have been reduced to around a hundred.

To escape persecution, the animals are pushing so deep into the most rugged and inaccessible parts of their range, that scientists follow their nests, dung, and feeding trails to set up trap cameras that can detect their presence and take pictures.

In July, some conservationists were able to capture images of a group of the rare Cross River gorillas with multiple babies in Nigeria’s Mbe mountains and their cheer that rang from the realisation that the species long feared to be on its way out, is reproducing amid protection efforts, was ecstatic.

The Cross River gorillas survive in nine sites within a small mountainous area of about 12,000 km² at the headwaters of the River Cross straddling the border between Nigeria and Cameroon.

Wild Aid called them a flagship species for conservation efforts in the region, as they are the most threatened ape in Africa. In Nigeria, Cross River gorillas are known in three areas of Cross River State: Afi Mountain Wildlife Sanctuary, the Mbe Mountains, and the Okwangwo Division of Cross River National Park.

Most gorillas are found in rugged areas of lowland and submontane forest at elevations from 400 to 2,000 m where human disturbance and hunting pressure is reduced. They are classified as critically endangered on the IUCN Red List.

For the past five years, every September 24 is World Gorilla Day, to create an opportunity for people all over the world to come together in celebrating gorillas and take action to protect gorillas in the wild.

World Gorilla Day strives to be a rallying point for bolstering appreciation and action for these great apes.

“World Gorilla Day is a day set apart to celebrate the iconic gorilla. It encourages global communities to take action for gorilla conservation. World Gorilla Day creates the opportunity for people all over the world to come together in celebrating gorillas, and more importantly, take action to protect gorillas in the wild,” said Mark Ofua, a veterinarian and WildAid Nigeria representative on the danger facing gorillas.

Ofua said the classification of the unique Nigerian gorillas as critically endangered on The International Union for Conservation of Nature Red List of Threatened Species (IUCN ), calls for action. 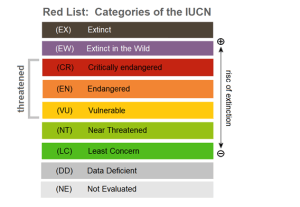 “With less than 100 individuals left, we are one step away from losing these iconic species forever to extinction if we don’t take drastic measures to conserve what we have left,” he said.

Ofua said habitat loss due to illegal logging, deforestation, and farmland expansions remain the biggest threat to the survival of these species. Then these illegal logging routes open up pathways for hunters and poachers to reach these animals.

Another factor driving the extinction of the Cross River gorillas is the bushmeat trade and consumption. The illegal pet trade that sees to wanton destruction of whole gorilla families to get to their young coming at a close third, says Ofua.

“Snares and traps set for other wildlife are not discriminatory and contribute to decimating our gorillas.

“Farmer wildlife conflicts with gorillas raiding farms of local communities also end with the setting of traps and poisoned baits to deter such activities resulting in a rapid decline of these animals that reproduce so slowly, with a female gorilla producing just about four offsprings in her lifetime,” he said.

There are many benefits of conserving gorillas and Nigeria’s inability in many cases to set up structures to harness their benefits does not provide justification for the desimation.

Ofua said gorillas play a key role in keeping the forests alive and healthy. Gorillas live in the Congo basin, the second-largest tropical rainforest left on earth, a forest that plays a critical role in the fight against climate change.

They act as the “lungs of the planet,” cleaning the air of the carbon dioxide that leads to climate change and giving back oxygen in exchange.

They also keep the forests rejuvenated by ensuring seed dispersal that certain plants rely on solely for propagation, feeding, and nesting activities letting in light to the forest floor and shaping plant communities and diversity.

“As an umbrella species, the conservation of gorillas will automatically ensure the survival of other wildlife including endangered species found in its region. Chimpanzees, pangolins, etc get protected in the same fell swoop,” he said.

Nigeria has not harnessed the tourism potential inherent in conserving wildlife. In Uganda, a 3-day Gorilla Safari can run from about $1300 (economy) to $3900 (luxury) per person.

Other countries with good conservation and tourist framework are reaping huge profits in foreign exchange from tourism. Tours to see gorillas are fully booked for months in advance said Ofua.

Rwanda’s tourism revenues in 2021 were $164 million according to the Rwanda Development Board (RDB). 512,000 people visited in 2021, many came due to the board’s hosting of sports events. These revenues do not include hotel rooms, food and drinks, and other expenditure.

How to protect the gorillas

The benefits of forests are innumerable. They minimise erosion and reduce the impairment of water quality due to sedimentation. Woodlands protect water bodies and watercourses and forests also help to maintain nutrient cycling in the soil. However, the survival of forests we so depend on, to a large extent depends on the survival of the gorillas.

“Celebrating World Gorilla Day for Nigeria is a call to action. A clarion call to all and sundry to join hands in the fight to save our iconic national heritage from extinction. We must sound the alarm and reverberate it until we all Arise to our responsibilities,” said Ofua.

Uncontrolled and unsupervised hunting and use of snares must be stopped. Illegal poaching and illegal logging must be stopped post haste and the government must step to its responsibility of making necessary laws and be committed to its enforcement to give the gorillas a chance to bounce back to healthy numbers,” he said.

Kelechukwu Iruoma, WildAid Nigeria Representative said it is not too late to save Nigeria’s remaining 100 Cross River gorillas “but we need to act now to protect them. All stakeholders must all come together to contribute their quote in restoring our gorilla population.”

This is why WildAid is engaging in media campaigns to raise awareness of the threats facing gorillas in Nigeria with a view to enlightening and sensitizing Nigerians on the need to protect our iconic gorillas, he said.

Beyond the protection of forests, there is also another important reason to ensure the gorillas are protected.

“We share about 98.3% of our DNA with gorillas and this has been useful in comparative studies,” said Ofua.

A lot of the knowledge about our biological process has been thanks to the study of animal species including gorillas and if for nothing else, for the preservation of our own species, we should take action.