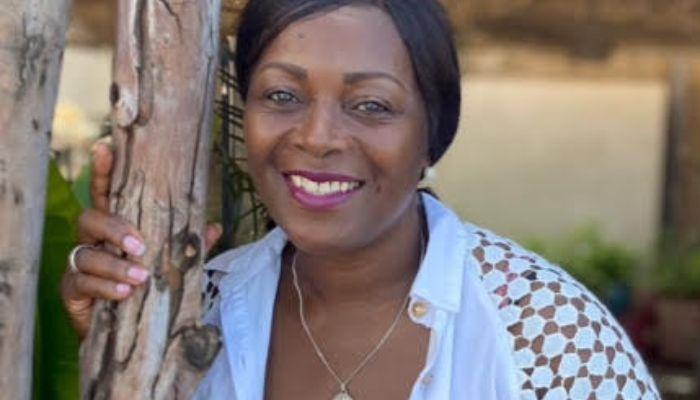 The works chosen by the museum’s Department of Photography are a selection that presents the major themes within Etoundi Essamba’s work.

Frustrated by the lack of imagery around her that she could identify with, Etoundi Essamba took to presenting Africa differently and in a style that could be universally understood. “Created between 1986 and 2006, Cobra, Héritage 2, and Dos 10 highlight important topics which are recurrent in my work, such as the encounter with the other, Identity & Alterity, cultural heritage, boundaries… These photos take the black woman as the central element as she is, for me, an inexhaustible source of inspiration.”

“Also, these works break with stereotypes which confined the black woman in certain roles and are defined by poverty, famine, passivity, submission and exoticism. Instead, they challenge these clichés by showing dignity, pride, and strength. In Cobra and Héritage 2, the women stand for who they are and are defiant and fierce,” said the artist.

Etoundi Essamba graduated from the Nederlandse Fotovakschool (Dutch School for Professional Photography) in Amsterdam and also holds a bachelor degree in Art History.

Her photos have been commented on in various publications and are part of several public and private collections, now also including MoMA, New York. In 2016 she was awarded the ‘National Knight of the Order of Valor’ by the President of the Republic of Cameroon.

Of the acquisition, Etoundi Essamba said, “I don’t have words strong enough to convey my feelings about what it means to have my photographs in the permanent collection of MoMA. It’s such an honour and a huge recognition of my work simply as an artist by one of the most prestigious museums in the world.”

“It is a consecration, a milestone that makes it now possible for many to see and know my work, and that will open new doors. Also, this important acquisition could serve as an inspiration for the younger generation of African “women” artists, who I strongly encourage, and to whom I want to say keep it up and believe in yourselves; everything is possible.”

The photographer is also represented by SMO Contemporary Art, an international art platform showcasing a unique portfolio of modern and contemporary art from Africa and the Diaspora to a global audience. Based in Lagos, Nigeria, SMO curates exhibitions, as well as public and private art events of leading and emerging talents for a diverse audience.

Sandra Obiago, founding director, SMO Contemporary Art, said, “Angèle’s work inspires hope and shows the beauty of Africa in a refreshing and powerful way. These three works, which span twenty years of celebrating the women of African descent, have done much to change perceptions about race and identity. Her rich symbolism and imagery have a perennial quality, which will be appreciated by a wider audience through this important acquisition by MoMA.”

Acquired by MoMA’s Department of Photography, the three gelatin silver prints were approved by the Committee on Photography, and entered the collection through the generosity of Michèle Gerber Klein and Ruth Nordenbrook.

Established in 1929, The Museum of Modern Art connects people from around the world to the art of our time. It aspires to be a catalyst for experimentation, learning, and creativity, a gathering place for all, and a home for artists and their ideas.

MoMA welcomes millions of visitors every year to experience its collection, which constitutes one of the most comprehensive and panoramic views of modern and contemporary art.

From an initial gift of eight prints and one drawing, MoMA’s collection has grown to approximately 200,000 paintings, sculptures, drawings, prints, photographs, media and performance works, architectural models and drawings.

Married but living on purpose, here is how to live positively independent