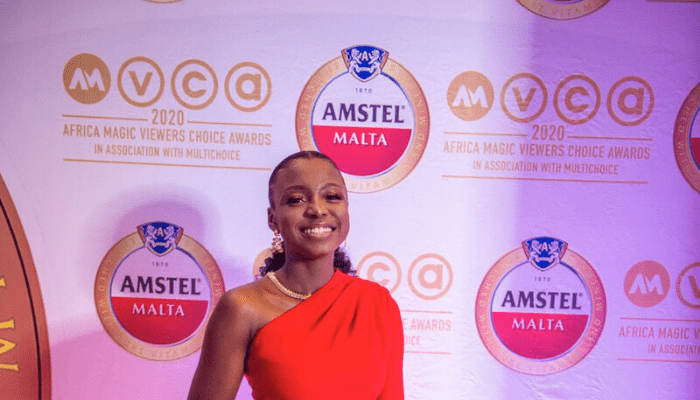 As usual, the awards delivered all the pomp and glamour it is recognised for, leaving an indelible mark on the entertainment scene and audiences across Africa, and retaining its position as the most anticipated film and television awards in Africa.

Leading up to the awards, headline sponsor, Amstel Malta, delivered on its promise of giving fans an exclusive, front-row action to the AMVCAs. The brand kicked off in-store activations across major shopping outlets, surprising shoppers with the most coveted front-row tickets to the AMVCAs while the winner of the Fan Reporter online competition got exclusive front-row and back-stage access along with an incredible opportunity to interact with celebrities at the awards.

There were more exciting pre-awards activities lined up, next on the list being a sponsored segment hosted by Dakore Egbuson on ‘The Spot’ – a light-hearted, bare-all interview program – where movie fans connected to their favourite AMVCA nominated actors and actresses,

Popular radio personality, Gbemi Olateru-Olagbegi (Gbemi O-O) was the host in yet another fun pre-award activation; fans who were able to guess the titles of the AMVCA-nominated movie soundtracks and scenes played on radio, won branded gifts. Fans were also able to follow in-the-moment, front-row action, live from the AMVCAs on Gbemi O-O’s twitter handle.

In a non-film prize category, and as voted for by fans, Amstel Malta rewarded the best dressed of the night, both male and female. ‘Mike Edwards and ‘Mercy Eke, were voted winners and they both took home shopping vouchers worth N500,000 with a Nigerian designer of their choice.

Speaking at the event Aminah Jagun, Senior Brand Manager, Amstel Malta, said; “Just as the AMVCA has, over the years, stayed true to its promise to support and celebrate outstanding achievements in Film and Television in Nollywood, Amstel Malta has also been a principal supporter for the growth of cinema and Theatre Arts.

Our goal this year was to give fans an exclusive, front-row action to the awards, and we were able to deliver that through all our activities in support of the awards. Gifts were won, all-access tickets were given, and we connected fans with their favourite stars. We hope to do more in the coming years as Nollywood continues to expand globally”.

Amstel Malta is the headline sponsor of the biggest film award show to come out of Nigeria; the Africa Magic Viewers’ Choice Awards (AMVCA). With its reach spanning across Africa, the AMVCA has created a phenomenal and impactful platform for the celebration of icons in the film and television industry, up and coming industry stars as well as the fans, who keep the industry aliv

China struggles to get back to work after coronavirus lockdown

‘Church of Nigeria, Anglican Communion has no monopoly over the name Anglican’