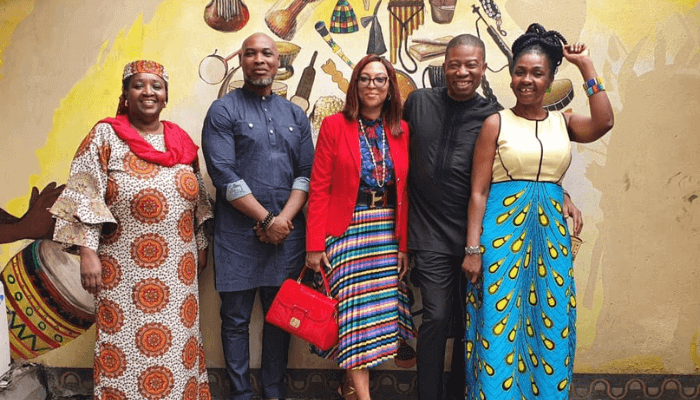 The initiators of Destination West Africa Project (DWAP), the duo of Goge Africa; Isaac Moses and Nneka Isaac–Moses, have announced plans to present the project to the public on September 24, 2022, at the Lekki Conservation Centre, Lagos.

Aside Goge Africa, the new project, which is powered by a number of organisations and individuals in the travel industry including tour operators, travel agents and corporates, is designed to market and promote destinations, intra-travel and trade in the West Africa, working with different stakeholders, including the government, in the tourism ecosystem.

Nneka Isaac–Moses disclosed that the focus of the presentation is the unfolding of the programmes of DWAP and celebration of tourism through interactions and discourse, with the theme, ‘ECOWAS of the people: Tourism within the sub-region, prospects and challenges’.

She also revealed other activities of the day to include marking this year’s World Tourism Day.
Speaking further, she noted that, ‘‘DWAP seeks to, among other objectives, promote tourism, trade and investment opportunities in West Africa; advocate for inter-connectivity and economic linkages within the region; and encourage West Africans to travel within ECOWAS sub-region.

‘‘After the launch, the DWAP team will set out on a tour and road shows within ECOWAS countries, starting with one week in Ghana. Other countries to be visited include: Senegal, Liberia, Guinea Conakry, Sierra Leone, Ivory Coast, Republic of Benin, Togo, and The Gambia.

‘‘Among other things, the DWAP team will engage relevant institutions, public and private, to identify and explore strategic ways to lower the barriers that impede travels within West Africa.
‘‘They will also participate in conferences, summits and similar gatherings to encourage travel professionals in West

Africa to support regional domestic tourism and intra-Africa travels.
‘‘The team’s experiences in each country will be reported on social media, multiple media platforms, including Goge Africa’s long-running culture and tourism TV series, broadcast on 15 channels with over 40 million viewers.’’
As part of engaging with the public and eliciting broad participation, she said that volunteers would be welcomed to work with the team.