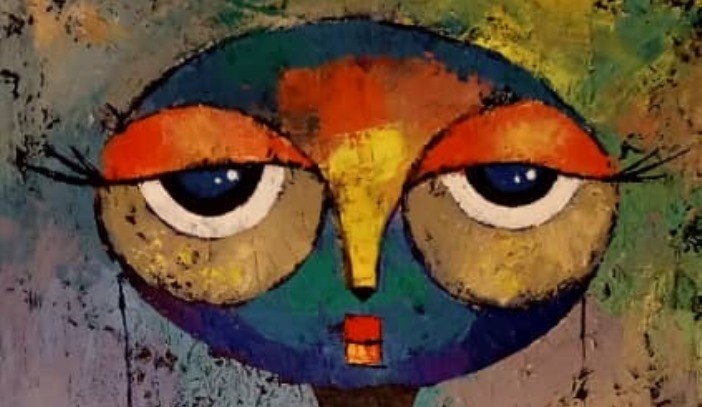 Riding on the success of the previous editions, Alexis Galleries, a contemporary art space and promoter of artists, is set to present Fate VII, an exhibition of current works by six budding Nigerian artists.

The exhibition, which is the seventh edition of the Residency Fate Exhibition, an exhibition of works produced during the residency programme, annually organised by Alexis Galleries, will hold from February 13 from 3pm to 6pm and runs till February 20, 2021 at Alexis Galleries, Akin Olugbade Street, Victoria Island, Lagos.

Patty Chidiac-Mastrogiannis, curator of the exhibition and CEO of Alexis Galleries, noted that the works on display are aesthetically created.

While in the choice of the exhibiting artists, she explained that the gallery in all assessments, selected styles and artists whose works capture and reflect on society, human experiences and issues that are important to the world.

Presenting the artists on their individual strength, Owoyemi noted that Afeez Adetunji is an in-house artist whose works are mainly on canvas and wood, while his woodworks are exceptional as he infuses recycled materials to create unique expressions.

On the other hand, David Olatunde Taiwo, according to her, has grown in his wood panel mastery after his experience in three of the gallery’s Fate Residency annual programs.

Taiwo’s works are must-see because his art is a fusion of African art forms, motifs and patterns with contemporary art forms, which he calls African Synthesis.

As well, Joseph Bidemi is another artist of interest. He is greatly nursed by the anthropology of emotion, and enjoys the distinct movement of the palette knife, which he uses to achieve tactile realism juxtaposed with subtle lines and strokes of vibrant colours. These qualities and skills make Bidemi’s works must-see and buy.

Propelled by a strong passion to provoke thoughts through his creativity, Samuel Olayombo’s adventure has taken him through multiple creative phases as a landscape, still-life, and figure composition.

Aina Felix, an impressionist painter, is looking forward to receiving the public to see his trend and style of mixed media with colourful impasto. His works are exciting as the artist paints everyday activities and the lifestyle of people in general. These are more to see through Raji Ade’s works, which are inspired by the environment and on the artist’s instinctive response to seeing something regarding light and colours.

Speaking at the media parley, Afeez Adetunji, a regular at the residency programme, commended Alexis Galleries for the opportunity to task their creativity and to network, exchange ideas and learn from other participating artists.

As well, David Olatunde Taiwo is happy to be back to the gallery again to engage in a creative contest. The artist, who is presenting three works across painting and wood panel at the exhibition, confessed that Gerald Chukwuma and Afeez Adetunji influenced his interest in wood work and he enjoys the medium as much as his paintings.

Apart from the live exhibition, there will be a virtual tour, which will be published on the opening day on the gallery’s social media handles; Instagram-alexisgalleries and Facebook-Thehomestores Alexisgalleries. The exhibition promises to be intriguing for both virtual and live views, while the gallery is committed to safety of the public with the strict observance of social distancing, facemask and other safety measures during the exhibition period.

Also in the tradition of the gallery, Alexis Galleries will be partnering with Down Syndrome Foundation Nigeria (DSFN), a non-for-profit association of children with Down Syndrome, as well as, their parents, guardians, caregivers and other interested stakeholders, by donating part of the exhibition proceeds to its course.

The Residency Fate Exhibition programme brings artists from different cultural backgrounds, different in style and choice of medium, together in a space to execute their works.

Unfortunately, due to the pandemic guidelines by the government, such gathering was exempted in the exhibition process. However, the artists produced three exhibiting works each from their different spaces.

Of violation, tears and bleak hope: A review of Kehinde Badiru’s I know Why Your…