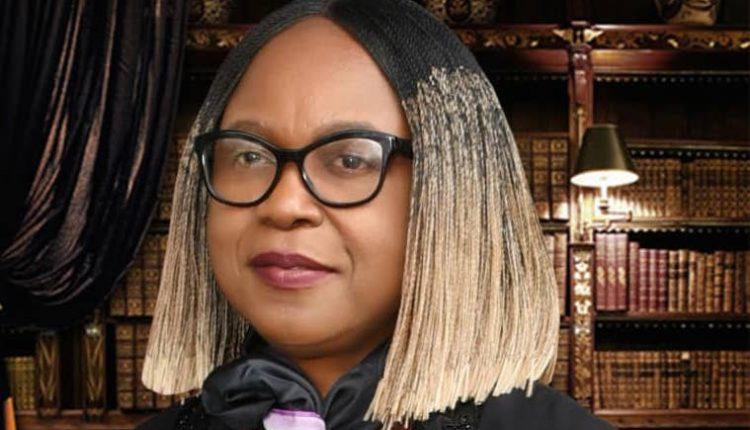 Joy Ngozi Ezeilo is a professor and dean, Faculty of Law, University of Nigeria (UNN), Enugu Campus. Ezeilo who is also a member, United Nations Civil Society Advisory Board on prevention of sexual exploitation and abuse as well as the founder, Women’s Aid Collective (WACOL), in this interview with NGOZI OKPALAKUNNE says that Nigeria Law enforcement agencies have not done enough in handling cases of sexual violence in the society. Excerpts:

Reports have shown that there is an increase in the cases of rape and other Gender-Based Violence (GBV)  in Nigeria, especially since the lockdown order due to Covid-19 pandemic; what do you think is responsible?

One of the unforeseen consequences of the recent lockdown is the geometric spike in the cases of sexual and gender-based violence. Facts and figures are already emerging that this is becoming globally a hot issue of focus. Some civil society organisations like Women’s Aid Collective (WACOL) were inundated with distress calls from victims trapped at home with abusive partners. Reports from across the country indicate that many Nigerian women and girls faced varying degrees of mental, physical, psychological and sexual violence. Common forms of sexual and gender-based violence against women and girls reported are rape, defilement of children sexually, wife battery, torture, physical abuse, verbal abuse, threat to life, abandonment of wife and children, disinheritance and non-provision of welfare. Unfortunately, it is believed that some victims of such violence adopted a culture of silence and opted to remain in abusive relationship because they cannot afford to lose the ‘benefits’ they receive from their abusers. This is more so as the lockdown makes it difficult to access the support services provided by civil society organisations and available in few states in Nigeria. The effect is that most women are trapped in an unending cycle of violence. The causes attributed to the increase in violence related cases against women and girls are varied and include: idle stay at home by estranged couples, lock-down of businesses, depleting family finances due to the lock-down and increased fear and anxiety over the future and life after COVID-19. It is also fathomable that the affected persons may be inclined to resort to unconventional stress inhibitors like illicit drugs and alcohol at this difficult time.

It is pertinent to recognise that the most dangerous place in the world for women in abusive relationships during this pandemic is their homes. There has been rise in reported cases of violence against women and girls as lockdown consequences of COVID-19. Can you Imagine situations where couples who cannot stand each other are now forced to look at each other’s face twenty-four hours a day, seven days of a week and weeks undetermined? There is no gainsaying that the stay-at-home which necessitates women in abusive relationships to stay with their abusers has heightened the affected women’s risk and vulnerability to domestic violence and sexual abuses.

We advise that during this pandemic that one avoids spousal altercations and instead show tolerance, endurance and love. Understand that this lockdown is temporary and you will get your space back when it is over. People should find productive things to engage them while at home or in self isolation. For example, teaching your kids, online businesses and classes, embracing self-development opportunities among others. Look out for the vulnerable and the less-privileged people around you and honestly care for them. Do not forget; boldly and promptly ask for help when you need it.

Do you think the law enforcement agents have done enough in handling the menace?

Not really, although we are encouraged now by current action of police leadership like the Inspector-General of Police signaling that henceforth it is zero tolerance on violence against women and girls, especially sexual violence. He has a very good track record of advocating against such acts of violence. There are also few supporting state commissioners of police like in Enugu State where the Police Commissioner, Ahmad Abdurrahman is working earnestly in re-focusing the police force not to settle rape cases out of court and to act promptly in arrest, investigation and prosecution. The police PRO at Force Headquarters is always cooperative and works closely with CSOs to deal with such gender based violence cases. It was a privilege to lead a group of women leaders and activists to the Enugu Police Command Headquarters on Friday, 5th June, 2020 on a stand still campaign. The CP in solidarity joined us to inscribe our graffiti ‘stop rape now!’ ‘Time to end the impunity of sexual violence’ and ‘declare a state of emergency on this heinous crime of violence against women and girls in Nigeria’.

Notwithstanding, the police need to do more and rapidly too, we cannot afford to waste any further time. Nigerian women are saying enough is enough and we must all be poised to end the impunity now. After all, it is not a crime to be born a woman. There is need to build the capacity of police to understand better issues around gender based violence and how women are disproportionately affected by rape, trafficking and physical violence. The police should respond promptly to avoid exacerbation of pandemic of sexual and gender-based violence against women upon the devastating coronavirus pandemic. We urge the government to have a rapid response police squad on ground, including a hotline for service providers and complainants. Also, for the Courts to assign emergency Judges to hear cases and admit to bail or make necessary order to come with extant laws.

Undoubtedly, these cases point to a pandemic of violence against women and girls upon the coronavirus pandemic and urgent action is required, including special police rapid response and dedicated numbers, service providers and organisations like WACOL, FIDA, Mirabel Centre, among others can use to assist victims/survivors during this Covid-19 that restricts movement and operation of Courts where suspects should be charged.

Many women and women groups are agitating for stiffer penalties for rapists? What is your take on that?

Under the Penal Code the punishment for rape is a term of imprisonment which may extend to fourteen years in addition to a fine and shall be liable to a fine.  The punishment for rape under the PC appears softer or lighter when compared with the life imprisonment which the same offence attracts under Section 358 of the Criminal Code. Hence, the call for stiffer penalties, especially in Northern Nigeria.

The punishment for rape under this recent legislative jurisprudence is life imprisonment. Importantly, an offender gets a minimum sentencing of twelve (12) years imprisonment without option of fine, and in case of gang rape by group of persons, the offenders are liable jointly to a minimum of 20 years imprisonment without option of fine. The idea of minimum sentencing is very good. I have argued severally when confronted with questions and calls for stiffer penalty that the problem is not with the law, but rather the lack of effective enforcement of extant penal laws, including judicial interpretation of ingredients or elements of the offence of rape like consent, corroboration, penetration and capacity to commit the offence of rape.. With the VAPP Act/ Laws we got the concept of minimum sentencing legalised. Otherwise, you see rapists getting away with six months or payment of fine. Notwithstanding, the problem is still with trivialising of serious crime of rape/defilement, stigmatising and blaming the victim or rape survivor.

Reports have shown that the Nigerian government is yet to domesticate Convention on the Elimination of all forms of Discrimination Against Women (CEDAW); how do you relate that to the increased cases of Gender-Based Violence (GBV) in the society?

The problem of lack of domestication of international instruments protecting women’s rights is a major challenge in advancing the gender equality agenda and eliminating all forms of violence and discrimination against women. It might interest you to know that it is not only CEDAW but also the African Charter’s Protocol on the Rights of Women in Africa, 2004 is yet to be domesticated. And as far as I am concerned it is even of a higher threshold than CEDAW and includes our peculiarities or particularities as African women. As an African feminist I want to see quick domestication of the African Charter’s Protocol adopted by the African Union and also the United Nations Convention on Elimination of All Forms of Discrimination Against Women (CEDAW) which Nigeria ratified as far back as 1985 under military regime of IBB.

If these international and regional normative frameworks are transformed to local laws by domestication or incorporation it will afford women and girls in Nigeriabetter protection.

Do you think mothers have done enough in protecting their female children from Sexual Gender-Based Violence?

I want to be clear that it is not only the responsibility of women or mothers to protect their girl-children from SGBV. It should be the responsibility of parents, family, society and the government. We are just pushing the burden on women that are also victims of gender-based violence and discrimination. Are you not aware that mothers are even battered and abused in front of their children? All hands must be on deck to protect children, especially girls. However, on sexual violence I urge mothers to pay particular attention to their female children and spot any strange behaviour, awkward looks and walks, including signs of infections or bruises in their genitals when bathing them. Again, they have to discuss frankly sexuality issues with their daughters and instill confidence and self-esteem in them to report any sexual abuse, including ones perpetrated by their husbands/fathers of their children and sometimes boyfriends.