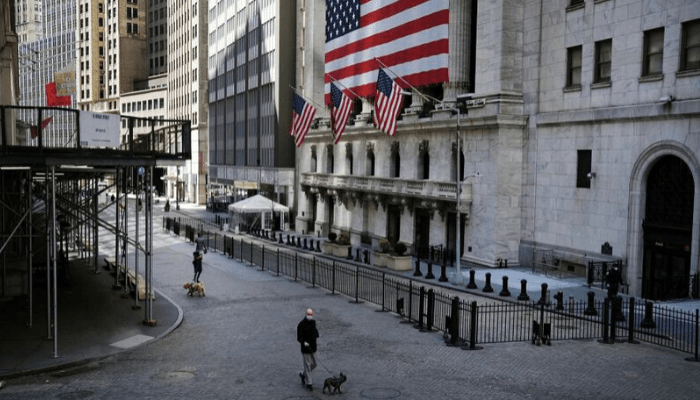 Dividends paid to investors by big US companies will take nine years to recover from the downturn caused by coronavirus, according to bets in the futures market, marking the biggest hit to corporate payouts since the second world war.

Companies in the S&P 500 delivered almost half a trillion dollars in dividends last year, or $56 per share. But companies around the world have come under pressure to cut payouts to shareholders and focus on keeping up payments to workers and other stakeholders, now that the virus has in many cases hit revenues.

It will take until 2028 to beat the tally from 2019, according to the prices of futures contracts linked to annual dividends for the benchmark. That compares with the three years dividends took to recover after the 2008-09 financial crisis and a 19-year run from the Great Depression through to 1949, according to data compiled by Robert Shiller, the Yale University economist.

Just a month ago investors were betting the S&P 500 would deliver a record $61 per share in payouts this year, noted BNY Mellon. That expectation now stands at just $40, mirroring a 27 per cent fall in US stock prices since the peak in February.

The lacklustre outlook for payouts reflects the pain facing the global economy from the coronavirus pandemic. The dip will hurt investors who rely on steady income from stocks, such as pension funds, and comes after the yield on safe corporate and government bonds has dropped sharply in recent years.

“The reason you own a stock is you want to own a share of the profits of the business,” said John Velis, director of FX and macro strategy at BNY Mellon. “This will make holding stocks a less attractive option.”

Dividends are a marker of financial stability for listed companies that try to raise payouts year after year, and which are typically penalised by investors when they fail to do so. The steady growth of dividends contrasts with the recent explosive growth of share buybacks, which are seen as a more flexible way to hand money back, as programmes can be paused or scrapped without much fanfare.

“You don’t want to cut dividends because it’s a really bad signal,” said Mr Velis. “Once you’ve established your dividend you only cut in extreme circumstances.”

The outlook for dividends is further clouded by the US government’s $2tn spending package to buffer the economic shock from the pandemic. Companies that receive direct assistance face extra pressure to reduce both dividends and buybacks, said Mr Velis.

Boeing, the US aircraft manufacturer, and Delta, the US carrier, last month announced suspensions to payments on dividends and buybacks. Large US banks, meanwhile, intend to continue paying dividends, arguing such payments are a powerful signal of financial strength.

Meanwhile, the rapid drop in the price of oil this year has increased pressure on energy businesses to reduce dividends to preserve cash. Occidental, the US oil group, cut its dividend from $0.79 to $0.11 last month, in its first reduction since the Gulf war three decades ago.
Companies around the world will curb payouts as they draw down credit lines and tap the bond market for funds to navigate the downturn, said Sean Darby, head of global equities for Jefferies.
“Dividend cuts are likely the first casualties in addressing balance sheets,” Mr Darby said. “We expect dividends to be cut or slashed to preserve money