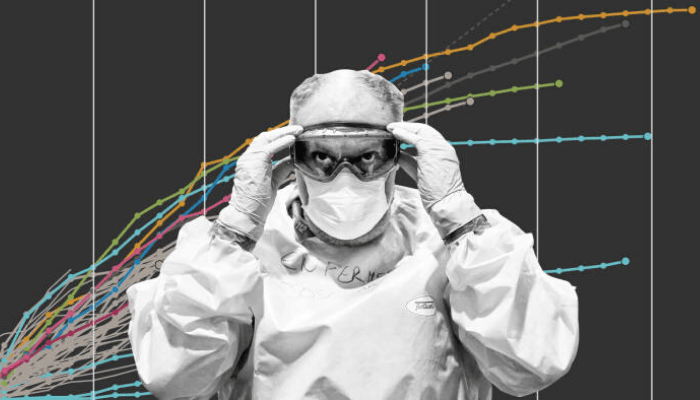 US lawmakers have struck a $2tn stimulus deal to provide economic relief to American taxpayers and businesses hit by the coronavirus pandemic, in what stands to be the largest congressional bailout in US history.

Forged through late-night talks that stretched into the early hours of Wednesday morning, the draft package amounts to the world’s biggest fiscal response to a crisis that has brought much of the global economy to a standstill.

While the legislation still requires formal approval by Congress, the breakthrough has lifted the confidence of investors battered by weeks of grim developments as the virus has coursed through countries.

“At last, we have a deal,” said Mitch McConnell, the Senate majority leader, after marathon negotiations. “The Senate has reached a bipartisan agreement on a historic relief package for this pandemic,” he said, calling the measure a “wartime level of investment into our nation”.

The Kentucky Republican had been wrangling with Chuck Schumer, the Senate’s most senior Democrat since Saturday over proposals for stimulus packages that would include bailouts for large companies and means-tested “helicopter money” for US taxpayers.

Mr McConnell said the Senate would pass the legislation “later” on Wednesday, with the Senate scheduled to reconvene at midday. The full text of the agreement was expected to be published later in the day.

“Like all compromises, this bill is far from perfect, but we believe the legislation has been improved significantly to warrant its quick consideration and passing,” said Mr Schumer.

The Democrat said in a letter to colleagues that the deal included four extra months of unemployment insurance for those who lose their jobs and prohibited bailed-out airlines from buying back stock or issuing bonuses to chief executives while they received taxpayer support.

Stocks rose on news of the deal. The FTSE 100 opened around 1.5 per cent higher and the Europe-wide Stoxx 600 rose 1.8 per cent. The moves followed a surge in Asia, with Japan’s Topix closing up 6.9 per cent and South Korea’s Kospi finishing the day 5.5 per cent higher. China’s CSI 300 was up 2.7 per cent and Hong Kong’s Hang Seng index was 3.1 per cent higher in late afternoon trading.

US shares had risen on Tuesday as lawmakers signalled a deal was close, with the benchmark S&P 500 closing up 9.4 per cent and the Nasdaq finishing the day 8.1 per cent higher.

US Treasury Secretary Steven Mnuchin had negotiated on behalf of the White House, spending much of Tuesday conducting shuttle diplomacy between the offices of Mr McConnell and Mr Schumer.

At a White House press conference on Tuesday, Larry Kudlow, director of the White House’s National Economic Council, said the stimulus would “position” the US economy for an “economic rebound later this year”.

“We are heading for a rough period, but it is only going to be weeks we think, weeks and months. It’s not going to be years, that’s for sure,” he added.

Mr Trump said earlier that he would “love to have the country opened up and just raring to go by Easter” on April 12, a timeline that flies in the face of the recommendations of health experts. They have cautioned that “social distancing” and business closures will need to remain in place for longer in order to slow the spread of Covid-19.

The deal will need to be approved by both the Republican-controlled Senate and the Democrat-held House.

While the Senate remains in session, most House members are not in Washington, raising questions about how soon a vote could be held in the lower chamber. Leading House Democrats want to pass the bill through “unanimous consent”, which would not require lawmakers to fly back to Washington but could lead to the legislation being blocked if a single member of Congress objected.

A member of the Republican House whip team said it was possible that a “voice vote”, with lawmakers calling out “ayes” and “nays”, could be held instead.

Democrats had broadly argued the Republicans’ proposals were too generous to big business and had called for limits on share buybacks and executive compensation at bailed-out corporations.

Nancy Pelosi, the Democratic leader of the House of Representatives, told CNBC television on Tuesday that Senate Democrats had done a “great job” of demanding protections for workers and increased oversight of corporations that would receive bailout money.

She added Republicans had accepted Democrats’ demands for an inspector-general and a five-person congressional panel to oversee a $500bn fund that would award loans to businesses, cities and states as part of the stimulus package, including $50bn for commercial airlines.

Oversight of the fund had become a key sticking point in bipartisan negotiations at the weekend. When asked about the issue at a press conference on Monday, Mr Trump replied: “I’ll be the oversight.”

Aella partners Hygeia to include 95% Nigerians outside health insurance

Texas: how the home of US oil and gas fell in love with…