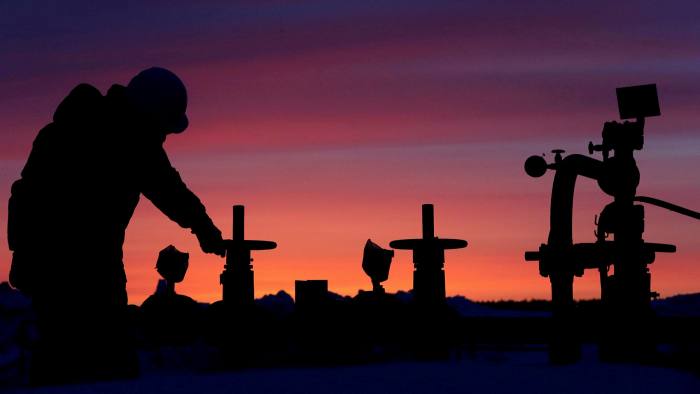 US and Canadian officials are discussing the imposition of tariffs on Saudi Arabian and Russian oil imports if the two members of the Opec+ group do not quickly reach a deal to end their price war.

Jason Kenney, the premier of Alberta — Canada’s biggest oilproducing province — told the Financial Times he had held discussions with Washington about tariffs, as a global deal to reduce production appeared to be hanging by a thread.

US President Donald Trump has called on rival oil producers to cut production by as much as 15m barrels a day but said on Friday that tariffs “are one tool in the tool box” if Saudi Arabia and Russia do not quickly reduce supplies, threatening a deepening schism with Washington’s key Middle East ally.

Mr Kenney said “prospective import tariffs on oil coming into North America” were under discussion with Washington, even as he signalled Alberta would be open to participating with Opec in cuts to oil supplies.

Sony a savage, alberta’ s energy minister, would dial into the online Opec+ meeting this coming week, he said.

“Opec+ started this fire and they have to put it out. We’re not going to surrender our industry and we’re prepared to go the distance here,” he said.

Canadian provinces have autonomy over oil production policy, but joint tariffs with the US would require federal approval from Ottawa.

US officials confirmed the Department of Energy was studying whether tariffs would be a viable way to force Saudi Arabia and Russia’s hand, though the discussions are preliminary and among several other options.

On Saturday, Mr Trump said he believed Saudi Arabia and Russia would soon end their price dispute, while taking shots at Opec+.

“I’ve been against Opec my whole life,” Mr Trump said. “I think they’re going to settle [the dispute], because they’ll be destroying themselves if they don’t.”

Should the two sides fail to resolve their disagreement, Mr Trump warned that he was ready to impose tariffs. “If I have to do tariffs on oil coming from outside or if I have to do something to protect our . . . tens of thousands of energy workers and our great companies that produce all these jobs, I’ll do whatever I have to do.”

“The US seems more likely to show up to next week’s Opec+ virtual meeting with credible threats of reprisals than commitments to reduce production,” said Clearview Energy Partners, a Washington consultancy.

Mr Trump has pushed Saudi Arabia and Russia to get a deal to remove as much as 15 per cent of global oil supplies, but the two countries remain at loggerheads, with an online Opec+ meeting now pushed back from Monday until later in the week after the two sides traded barbs.

Russian President Vladimir Putin said on Friday that a cut to global oil production of 10m barrels a day was possible, but only if all major producers including the US joined in. But he jeopardised the potential for a deal when he accused Saudi Arabia of launching the price war to hurt US shale producers, in an apparent attempt to drive a wedge between Riyadh and Washington.

The prospect of a deal drove oil prices up around 40 per cent over Thursday and Friday, recovering from an 18-year low below $25 a barrel to above $30 a barrel. They remain down by more than half since the beginning of the year.

The price slump has threatened the future of US and Canadian oil producers who generally require higher prices to turn a profit.

Global demand for oil has plunged almost 40 per cent, Mr Trump noted on Friday, the biggest drop in history as measures to slow the spread of coronavirus hit economic activity.

Independent US oil producers have pushed the White House to force Saudi Arabia and Russia to end the price war that has deepened the slump, including proposing tighter sanctions on Russian energy, bans on foreign oil imports, and targeting the Saudi-owned Motiva refinery in Texas.

Mr Trump on Friday alluded to a suspension of US military aid to Saudi Arabia, when he said “we provide military assistance to countries for pretty much free . . . and they don’t even like us”.

Sparkle officially launches: A new digital ecosystem to transform the lives of Nigerians…