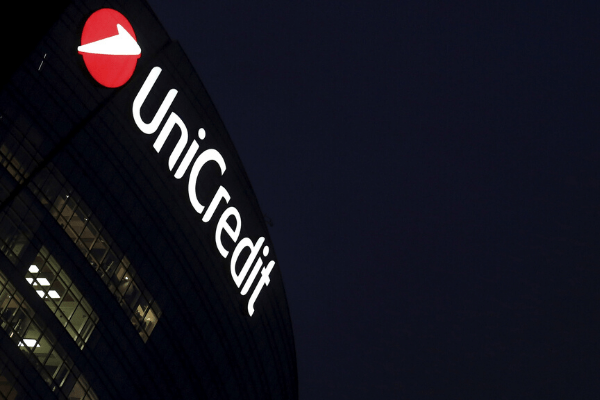 UniCredit, Italy’s largest lender, said it plans to cut 8,000 jobs and seek regulatory approval for a share buyback that will be seen as a litmus test for the wider European banking sector.

The moves were part of a four-year strategic plan unveiled by chief executive Jean Pierre Mustier on Tuesday, which will also lead to the closure of 500 branches in an effort to save €1bn of costs in Western Europe.

Mr Mustier declined to give details of where the job cuts will fall, but said they would be done in a “socially responsible way.”

Over the past 18 months, UniCredit has explored mergers with other challenged European banks such as Germany’s Commerzbank and France’s Société Générale, the Financial Times has reported. However, Mr Mustier poured cold water on the speculation, saying the priorities were capital returns and organic growth.

“No M&A, how can I be more precise . . . We prefer share buybacks to M&A,” Mr Mustier said in London after being pressed on the issue. “We might look at small bolt-on acquisitions, most likely in central and eastern Europe where we have a growth plan, but most likely nothing in western Europe.”

Winning approval for a €2bn share buyback would be a coup for Mr Mustier, who will have to convince the European Central Bank that UniCredit’s balance sheet is now robust enough for excess capital to be returned to shareholders.

Magdalena Stoklosa, head of European bank research at Morgan Stanley, said that if UniCredit is successful it could prove a turning point for the troubled European banking sector and pave the way for peers to follow suit.

“The real significance of a large, liquid eurozone bank being able to buy back shares is the final approval on the regulatory side that signals the end of the balance sheet clean-up and rehabilitation period,” she told the FT recently.

The planned share repurchase means the bank will raise its capital distribution for this year to 40 per cent of underlying net profit from 20 per cent. A combination of dividends and buybacks would push that to 50 per cent in 2023. Overall, the bank said €8bn will be returned to investors by 2023 when €6bn of dividends are included.

In a wide-ranging plan, UniCredit also announced a quicker timetable to reduce its bad debts, pledging to cut non-performing loans to less than €9bn by the end of the year and below €5bn by the end of 2020.

Revenues should be “resilient,” the bank added, despite headwinds such as negative interest rates in Europe. It reiterated its guidance for €4.7bn in underlying net income this year and €5bn in 2023.

The lender will also create a new intermediate holding company for all its non-Italian businesses, which it says will cut its capital requirements and improve the regulatory “resolvability” of the lender in case of a failure.

Last month the bank delivered what Mr Mustier described as its best quarter in a decade when profit surged 26 per cent to €1.1bn. Its return on tangible equity — a key measure of profitability — improved to 8.7 per cent for the first nine months of the year.

However, while UniCredit shares have risen 7 per cent in the past year, they still trade at less than half its book value, even after several rounds of cost-cutting and a significant reduction in its pile of problem loans. Its shares rose about 1 per cent in Milan on Tuesday.

This week it began unwinding a Turkish joint venture by selling a 9 per cent stake in Yapi Kredi, which will make it easier to fully deconsolidate the business over time.

That followed the disposal of an 8 per cent holding in investment bank Mediobanca last month, which raised €785m, as well as the sale of a €2.1bn stake in Banca Fineco earlier this year.