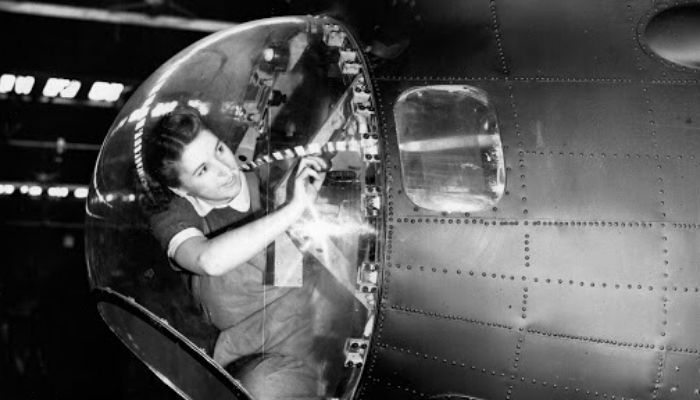 In the dog days of July 1938, amid German rumblings in Czechoslovakia’s Sudetenland, the British government led by Neville Chamberlain acquired a collection of fields and a sewage works beside Castle Bromwich airfield in the West Midlands.

For a purchase that attracted little notice, it would have a large impact on world events. Over the next year, and with the expenditure of some £4m of public money — a huge amount at the time — this unprepossessing location was transformed into a giant manufacturing plant under the aegis of the UK’s “shadow factories” scheme.

The idea behind the plan was to spur rearmament by expanding the country’s capacity to make military aircraft beyond that which the private sector was willing or able to finance. Whole plants would be built in advance of demand for their output. Castle Bromwich was one of a number of such facilities scattered around the country.

Initially under the management of Wolseley Motors, and later the aircraft maker Vickers-Armstrongs, the publicly funded plant expanded to employ 12,000 people, taking its first orders in the summer of 1939. When production finally ceased in July 1945, it had manufactured more than half the nation’s 20,000 Spitfire fighter aircraft alongside hundreds of Lancaster bombers and helped to secure national survival.

Last week, that same Castle Bromwich plant was back in the news. No longer an aircraft manufacturing site but a production facility for carmaker Jaguar Land Rover, its owners announced that the factory’s 1,900 workers, along with others on its five UK sites, would be downing tools until at least April 20. JLR said it was “minimising the spread of the coronavirus”, adding that it would “work towards an orderly return to production once conditions permit”.

In recent days, UK government ministers have invoked the spirit of wartime mobilisation, calling for a wholehearted national effort to stem the advance of coronavirus. The prime minister, Boris Johnson, has talked about running a “wartime government” taking steps that are “unprecedented since world war two”, while the health secretary, Matt Hancock, has called for “one gigantic national effort” on a par with the time “when our cities were pounded during the Blitz”. Similar rhetoric is being deployed by ministers in other countries.

“In markets, the aim now for central bankers should be to keep core markets open rather than trying to keep them up by simply buying everything,” says Paul Tucker, chair of the Systemic Risk Council and a former deputy governor of the Bank of England.

He argues that the aim should not be to stimulate an economy, which the government is anyway trying to tamp down with its measures to suppress the virus. It should, instead, be to avoid the economy falling into a vortex and for government to ensure that citizens can live decently and businesses are not unnecessarily destroyed.

“If markets cannot function, well then the central bank’s job is to ensure the government is funded. But you shouldn’t start from there. You should try to be a catalyst and not automatically buy something that Larry Fink [chief executive of investment group BlackRock] and others might still buy.”

No one can know how long the coronavirus crisis will last. But one lesson of wartime politics is that governments cannot simply demand endless sacrifice. At some point, politicians must turn their minds towards the pay-off for all that blood, sweat and tears.

If the virus endures, Mr Todman suggests that this might involve some sort of generational compact to benefit the young on whose shoulders much of this inflated national indebtedness will fall. “The obvious thing would be some combination of improved lifestyle, more sustainable employment and the avoidance of climate catastrophe,” he says.

This could even be a political opportunity. It was after all not Churchill but the Labour party under Clement Attlee who seized the possibilities of the 1942 Beveridge Report on social welfare, paving the way for the National Health Service.

“It would be nice to see some ambitious post-pandemic settlement,” Mr Todman says. “But I am not optimistic about any of our leaders being able to pull that off.”

Texas: how the home of US oil and gas fell in love with…