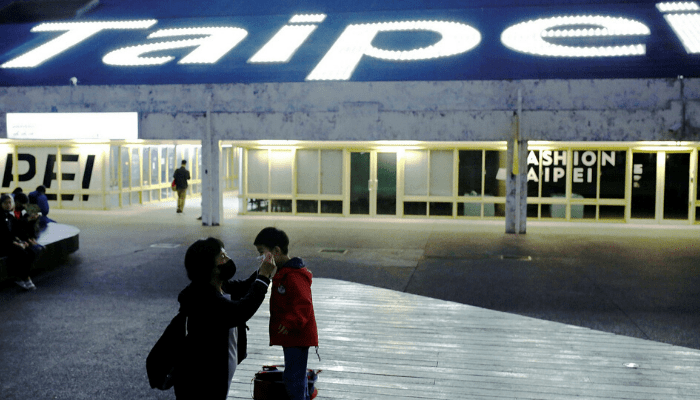 The Taiwanese government and Stanford University of the US are preparing a quarantine and testing regime for foreign travellers that could provide a new protocol for a broader return for international travel.

Taiwan has fared better than many of its peers in containing Covid-19, having suffered just seven deaths and fewer than 500 infections, despite its close travel connections with China, where the virus first emerged. The island’s success has been looked at closely by other countries.

Under a trial that Taipei plans to conduct next month in co-operation with Stanford University School of Medicine, a sample of 500 people will fly from San Francisco to the Taiwanese capital, after having tested negative for coronavirus and gone through quarantine before boarding. They will be tested again every two days after their arrival and will undergo the 14-day quarantine that is mandatory for everyone entering Taiwan.

“The goal is to find the shortest safe quarantine period so that people who have to make brief trips for business could be allowed to leave quarantine after a few days rather than two weeks,” said Jason Wang, a professor at Stanford Medical School, who is planning the project alongside Taiwanese health officials.

The trial comes as many countries explore how to restore at least some international travel. In Japan and Hong Kong, travellers are tested for the virus on arrival and made to wait in airports for their results.

Some nations, such as Spain, have suspended international travel for non-residents altogether, while others have halted all flights into the country, as in India.

With airlines and airports suffering their worst-ever crisis, the industry has been pushing governments to find ways to help travel resume.
The chief executive of London’s Heathrow, one of the world’s busiest airports, on Sunday called on the British government to make it easier to travel to the UK from countries deemed “low risk”. The government is planning to bring in a 14-day quarantine period for international arrivals as it moves to open up the domestic economy.

Because China claims Taiwan as its territory and demands that other countries and international organisations isolate the island, the World Health Organization refused to invite Taiwan to its annual assembly, which begins on Monday.

This despite Taiwan’s success in containing Covid-19 — the country has reported no new cases in more than a week and no infections locally in more than a month.

Taipei has banned Chinese citizens from entering since early February, and all other foreigners since mid-March.

Authorities have said they will not restore normal international travel until a vaccine is available, but health officials are seeking to allow exceptions for some vital business travel. As a global hub for semiconductor manufacturing, engineers working in the US chip industry frequently visit Taiwan.

“Given how low our infection rates are in comparison with most other countries, we of course should only open up to countries where the epidemic is well under control,” said Professor Chang Shan-chwen, convener of the expert advisory panel to the Central Epidemic Command Center, which manages Taipei’s coronavirus response. “But that would be a very long time. So as long as some other countries are not there yet, we have to consider solutions for certain exchanges.”

The government is currently reviewing a plan to admit some foreign citizens whose visits are considered vital for economic or political reasons. According to Prof Chang, they would be tested on arrival and again in certain intervals, and be allowed to leave quarantine for predefined destinations such as corporate or government meetings.

We don’t even have data on how many people have been tested in China. So we have to be more cautious
Chen Chien-jen, Taiwan’s vice-president

But the Stanford experiment could lay the groundwork for something more scalable. “We hope to develop a safe travel protocol which we could use to gradually restart some travel links with like-minded countries,” said Chen Chi-mai, Taiwan’s deputy premier.

Stanford’s Prof Wang said the findings from the project could be used to establish rapid pre-flight testing stations at airports, qualifying large numbers of travellers for shorter quarantine periods upon arrival.

Although China reported only eight new cases on Saturday and is returning to normal life, Taiwan is not ready to allow entry for Chinese citizens again, even on a case-by-case basis.

Taiwan’s vice-president, Chen Chien-jen, who is an epidemiologist by training, said Taipei needed more time to reopen travel links with China compared with other countries, pointing to a lack of transparency. “Until today, we don’t even have data on how many people have been tested in China. So we have to be more cautious,” he said.