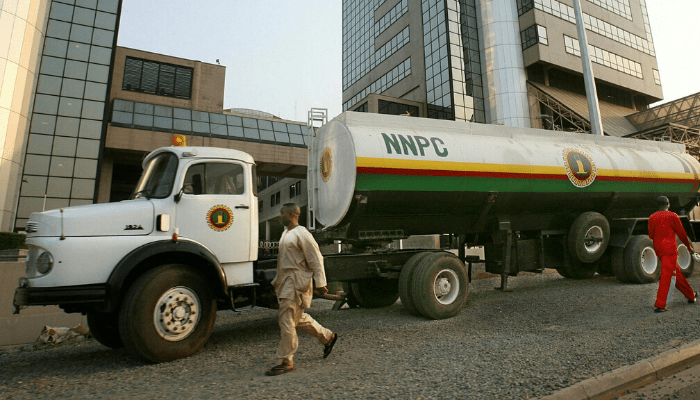 The head of the Nigeria National Petroleum Corporation promised “a new season of transparency and accountability”, pushing back against critics calling for the break-up of the state oil company as the country struggles to manage the fallout from battered oil prices.

Mele Kyari, group managing director at NNPC, oversaw the public release this month of audited accounts for 20 of the company’s subsidiaries for the first time in the firm’s 43-year history.

The publication, while incomplete, provided a window into a notoriously opaque organisation. It revealed how NNPC’s profitmaking investment, exploration and retail arms are propping up lossmaking subsidiaries, particularly the country’s four refineries, which logged hundreds of millions of dollars in losses in 2018.

“We have done the right thing . . . we have followed the law,” Mr Kyari said in an interview, noting that a requirement to publish accounts was written into the legislation that established NNPC. “This is a new season of transparency and accountability for the company of our country.”
Critics conceded that the release was a good first step, but said it had not gone far enough. The lack of a consolidated audited account statement for the entire business meant the disclosure had provided an incomplete overview, said Oluseun Onigbinde, from budgIT, a Nigerian transparency organisation. The details that were published painted a worrying, albeit unsurprising, picture of a giant, dysfunctional company that must be broken up, he added.

It’s something that civil society and transparency organisations like us have been clamouring for some time
Waziri Adio, head of the Nigerian Extractive Industries Transparency Initiative

“We need to dismantle the whole monolith and allow the subsidiaries to try singly — that’s the only thing that will make NNPC more efficient,” Mr Onigbinde said. “You have oil prices bleeding, state financials are not solid enough, the federal government has to step up and say it’s time to rebuild this.”

Founded in 1977, NNPC dominates the oil industry in Africa’s biggest crude producer. It produces, buys, sells and trades crude, mostly through joint ventures operated by oil majors including Shell and Total, and regulates itself.

For decades the company has been viewed as a cash machine for politicians and is currently the subject of several multibillion-dollar, international lawsuits related to alleged corruption. Former vice-president Atiku Abubakar called NNPC a “mafia organisation” during his presidential campaign last year, in which he vowed to break it up and sell off the refineries.

Mr Kyari acknowledged that NNPC had failed to run its refineries profitably and said it was in the process of rehabilitating the facilities to be run by private companies in partnership with the government.

The four refineries generated a N162bn ($450m) loss in 2018 on just N3.44bn in revenues, the accounts showed. The facility in Kaduna, in the centre of the country, generated no revenue in 2018 at all but incurred a N64bn loss.

The NNPC boss said the company planned to complete the refurbishment work on all four facilities by 2023 but admitted that only the Port Harcourt refinery, in the oil producing south, had a “clear line of sight on financing” needed to complete the work.

“[I am] curious to see which investor wants to put money in, as a government-owned going concern, into refineries that combined accumulate upwards of [$450m] in losses,” Mr Ajileye asked.

By 2023, Nigerian billionaire Aliko Dangote’s massive 650,000 barrels per day Lagos-based refinery is expected to be complete. NNPC’s refineries regularly operate at about 10 per cent of their combined capacity of 440,000 bpd. Mr Kyari said NNPC viewed Mr Dangote’s project as a “complement” rather than competition. “But it’s also put us on our toes to make sure that we’re profitable.”

The refurbishment of the refineries are part of a wider NNPC effort to improve efficiencies. “What we are doing today is to cut down our costs in every possible manner, introduce more efficiency … .[so that] there will be a surplus that the corporation may deliver to the [government],” he said. “We know that there are pricing issues this year because of the Covid-19 impact, but you know, ultimately, on a cost-to-value basis we know that even 2020 will be a net benefit for the country.”

Some subsidiaries such as NNPC’s Nigerian Pipelines and Storage Company will be hard to fix. The unit generated N42.9bn in revenues in 2018, but it tallied N43.67bn in administrative expenses, leaving it with a N768m loss. Mr Kyari said the pipeline business would be farmed out to private companies, with NNPC remaining “mere equity holders”.

NNPC’s international trading arm, Duke Oil Company, generated $41m in gross profits in 2018 but only paid a $40,419 dividend to the government. Mr Kyari said the profits were invested back into the business. NNPC wants Duke Oil to rival the trading arms of other national oil companies. Mr Kyari said its profits had risen in 2019 and would again in 2020, as would the dividends.

“It’s something that civil society and transparency organisations like us have been clamouring for some time,” he said. “But . . . this is further justification for even more transparency, which will allow us to figure out how to best optimise our resources.”

At 11th AGM, Caverton plc looks into the future with renewed optimism amid pandemic impact