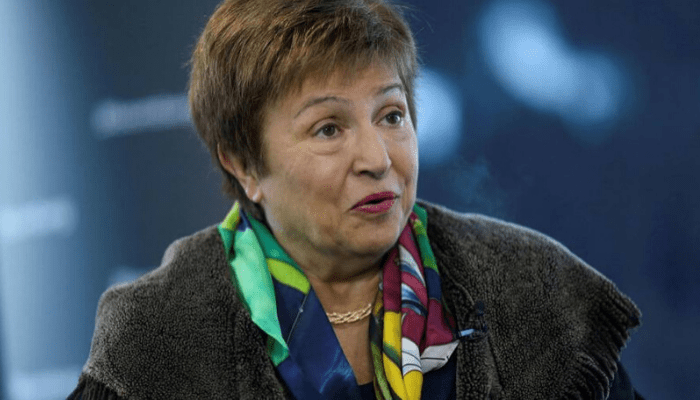 The IMF has doubled its emergency lending capacity, raising it to $100bn to meet demand from countries needing financial aid as they grapple with the coronavirus pandemic.

Kristalina Georgieva, the institution’s managing director, announced the new figure on Thursday as she warned that emerging markets and low-income countries would be hardest hit by the crisis.

In a speech ahead of the IMF’s spring meetings, which will be held in virtual form next week, Ms Georgieva announced that the IMF’s board had approved the doubling of its emergency lending facilities, and said a green light had already been given to provide rescue funds for the Kyrgyzstan, Rwanda, Madagascar and Togo.

More than 90 countries had requested aid from the IMF since Covid-19 spread around the globe in recent weeks, pushing the global economy into its deepest downturn since the Great Depression, said Ms Georgieva.

“We are still faced with extraordinary uncertainty about the depth and duration of this crisis. It is already clear, however, that global growth will turn sharply negative in 2020,” she added.

However, she stressed that although the economic turmoil was affecting both advanced and emerging economies, poorer nations would suffer more, amid capital outflows in excess of $100bn over the past two months, a dip in remittances and the plunge in commodity prices. “We estimate the gross external financing needs for emerging market and developing countries to be in the trillions of dollars, and they can cover only a portion of that on their own, leaving residual gaps in the hundreds of billions of dollars. They urgently need help,” said Ms Georgieva.

As well as doubling the IMF’s emerging financing capacity — which is distinct from its more traditional bailout programmes, since funds can be negotiated more rapidly and with fewer conditions — Ms Georgieva said the fund was also looking at other measures to help financially stricken nations during the pandemic. Overall, the IMF has $1tn in financial firepower which it has said was fully available to its membership as countries struggle with the crisis.

“We are reviewing our tool kit to see how we might better use precautionary credit lines to encourage additional liquidity support, establish a short-term liquidity line and help meet countries’ financing needs via other options — including the use of SDRs,” she said, referring to special drawing rights, the IMF-created international reserve asset. “Where we might be unable to lend because a country’s debt is unsustainable, we will look for solutions that can unlock critical financing,” she added.

Ms Georgieva, a Bulgarian economist, became managing director of the IMF last year, replacing Christine Lagarde after the former French finance minister left Washington to lead the European Central Bank. The coronavirus crisis hit just after Ms Georgieva sought to put her stamp on the institution with a management shake-up that included the replacement of David Lipton with Geoffrey Okamoto in the fund’s number two role.

In Thursday’s speech, Ms Georgieva laid out a series of steps she said countries should adopt in the fight against the virus. These included prioritising healthcare spending and maintaining containment measures, as well as minimising disruptions to supply chains and avoiding export restrictions on key supplies, a practice that has grown more prominent as countries try to retain their own respirator masks, ventilators, protective gowns and drugs.

Ms Georgieva also backed “large, timely and targeted” fiscal stimulus, embracing policies including “tax deferrals, wage subsidies and cash transfers to the most vulnerable”, as well as extensions of jobless benefits and loan adjustments. “Lifelines for households and businesses are imperative. We need to prevent liquidity pressures from turning into solvency problems and avoid scarring of the economy that would make the recovery so much more difficult,” she said.