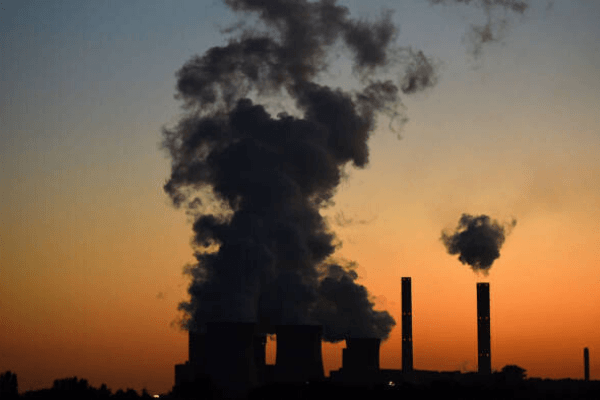 Companies including Charter Communications and Moody’s have vowed to improve their environmental disclosures after receiving warning letters from activist hedge fund TCI, which has said it will vote against directors at groups that do not publish their carbon dioxide emissions.

TCI, a long-only fund with $28bn under management, has launched a campaign to force companies in its portfolio to disclose their emissions and publish plans to reduce them. Founder Christopher Hohn has been outspoken advocate for greater disclosure on carbon dioxide emissions, arguing that investors must step in as governments have not yet made climate-related disclosures mandatory.

Ten companies — including Airbus, Moody’s, Safran and Charter Communications — have received letters from TCI reprimanding them over their climate records.

Moody’s pledged to improve after it was criticised for receiving a “D grade” in its emissions rating from CDP, a non-profit climate assessment group.

Although Moody’s is increasingly focused on environmental risks in its ratings business, the group received the low grade from CDP because it has not set any emissions targets for its own business.
Column chart of Number of companies disclosing environmental data to the CDP showing Climate concerns

“It is untenable for Moody’s to achieve such a low score when seeking to demonstrate environmental leadership,” TCI warned in its letter. “It may also leave Moody’s at a competitive disadvantage relative to peers.”

TCI, which holds a 3 per cent stake in Moody’s, also asked the agency to lobby for better disclosure from banks about the exposure of their loan books to climate risk.

“Moody’s must advocate for banks to disclose climate change risks associated with their loan books,” the activist hedge fund wrote.

Charter Communications, the US cable telecoms group in which TCI holds a 4.2 per cent stake, was also quick to respond to the campaign.

“Charter Communications will be issuing its inaugural ESG report in the coming weeks and has met with TCI to discuss their concerns,” a spokesperson said. The group does not currently disclose its emissions.

Several companies including Airbus said they were still preparing their response to the letter they had received. Guillaume Faury, chief executive of the aerospace group, is speaking with the fund later this week.

Safran said it was looking into the seven recommendations made by TCI and that it would “set up goals” to address some of the shareholder’s points. Most of the recommendations are already “quite aligned” with the French defence group’s existing goals, a spokesperson said.

While carbon emissions disclosures were once considered an afterthought for investors, they are now becoming a higher priority for many fund managers as they focus on climate-related risks.

The number of companies that disclose their emissions to the CDP rose by a fifth in 2019 compared with the previous year.

More than 500 institutional investors use the CDP’s database as they make investment decisions said Paul Dickinson, chair of CDP.

“We’ve seen a rapid rise in the number of investors and how investors are using CDP data, particularly since 2015 with the Paris agreement,” he said. “This is absolutely the new normal, as we see the whole financial system addressing climate risk.”

One of CDP’s major donors is the Children’s Investment Fund Foundation, a charity set up by Sir Christopher which donates about $150m a year to climate-related causes.

Only 2.2 per cent of companies that disclose their emissions to CDP received an “A grade” last year, the level that TCI considers acceptable.

A recent study found companies that underperformed on ESG metrics were more likely to be targeted by activist investors.

Companies in the lower half of ESG rankings were 24 per cent more likely to be targeted by an activist campaign, according to the study of 1,300 European companies conducted by Alvarez & Marsal, a professional services firm. However, that poor ESG performance is usually a signal of poor governance overall, rather than the subject of the activist campaign itself.

Activist funds have previously stopped short of going as far as TCI and launching a campaign on climate disclosure for every company in its portfolio.

“Everyone is looking around, saying who is going to save the planet. One answer is investors,” said Sir Christopher. “They can use their voting power to force change on companies who refuse to take their environmental emissions seriously.”

Gov. Ishaku swears in 23 Commissioners  after six months in office

Wall Street strategists say dollar could be set for…