China struggles to get back to work after coronavirus lockdown 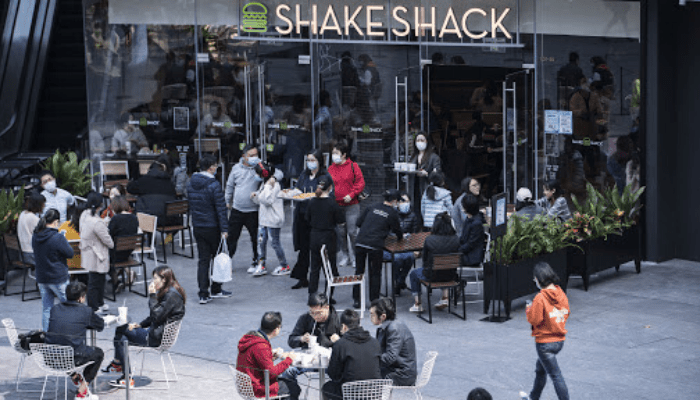 Chinese businesses are slowly resuming operations after the coronavirus lockdowns brought the economy to a standstill, but alternative and industrial sector data show a sluggish recovery with most areas of activity still well below their usual levels.

But other areas of the economy continue to stagnate, with sales of real estate floor space stuck far below normal levels and box office admissions — a proxy for public consumption — virtually nonexistent.

Data from BigOne Lab, a Beijing-based research company, show substantial improvement across the country for the 1m restaurants, food vendors and convenience stores it tracks that are registered with online delivery platform Meituan Dianping. More than 80 per cent of these were shut in early February but now less than 40 per cent remain closed.

“People still have to eat no matter what,” said Christy Tan, head of markets strategy and research for Asia at National Australia Bank.

But the nature of China’s consumer economy — which accounts for almost 60 per cent of gross domestic product growth — had undergone a major shift to favour “consumption that is more indoor-based than outdoor-based”, Ms Tan added.

This has been a boon for some companies, such as technology group Tencent, whose online video games have seen a surge in new users as tens of millions of Chinese have been forced to stay at home.

But the shifting patterns of consumer behaviour have left many sectors struggling to regain their footing.

Retailers of everything from cars to handbags and clothing have been hit especially hard, with sales in January and February dropping more than 20 per cent year on year, according to official data published this week.

At an outlet of sportswear brand Under Armour in an upscale Beijing shopping mall, a clerk said clothing and shoe sales for the entire first half of March totalled about Rmb40,000 ($5,650) — about as much as he would normally expect to see on a single Saturday or Sunday.

Nancy Hong, a clerk at a nearby Lego store, said traffic had picked up slightly from the depths of the panic in early February but was still lagging. “People are too scared to come out. They are only coming out to buy essentials,” she said.

A retail manager at Beijing’s China World Mall estimated businesses brought in just one-tenth of their usual sales and said the mall had lowered rent.

China’s migrant workforce, which has been stranded at home in inland provinces for months, has also begun returning to the coastal cities where they work. Analysts at Nomura estimated almost 90 per cent of migrant workers had returned by mid-March, up from about a third in late February.

But migrant labourers returning from home are discovering the cities in which they work are functioning in fundamentally different ways than just a few months ago.

In central Beijing, one shopkeeper who had recently reopened her small shop selling dresses and gowns acknowledged a sharp fall in foot traffic.

“There are no customers yet but we need to get our workers back to work, they have to make a living,” she said.