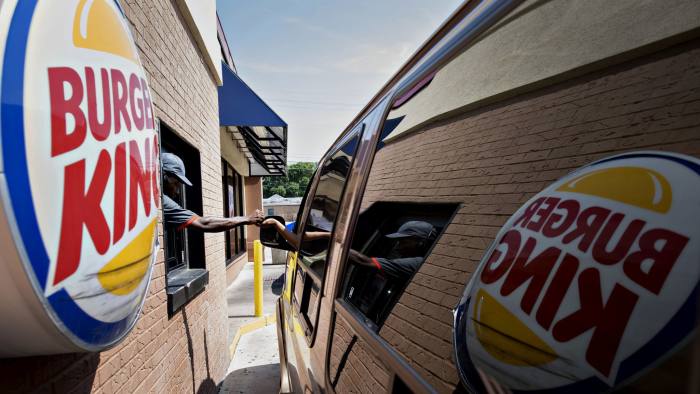 Blink and another Burger King will have opened somewhere across the globe, serving up french fries and double cheeseburgers to a world hungry for fast food.

Blink and another Burger King will have opened somewhere across the globe, serving up french fries and double cheeseburgers to a world hungry for fast food. Next on the company’s radar is Nigeria, the oil-driven regional powerhouse that is Africa’s largest economy. With its 190m population and average age a burger-lovin’ 18, it is ready for a Whopper. At least Daniel Schwartz, chief executive of Restaurant Brands International (Burger King’s parent), hopes so. Since Mr Schwartz, 37, took the helm four years ago, he has looked outside the US for growth.

The global fast food market grew 4.9 per cent to $708bn in 2017, according to Euromonitor. That is more than in the US, which was up 3.8 per cent to $247bn. BK — which accounted for about two-thirds of RBI’s $8bn of sales in the last quarter — had more than 17,000 restaurants at the end of September, one thousand more than a year earlier. Just 7,300 of them are in the US. Analysts have long hoped for better top-line momentum at BK to offset weak performance at RBI’s other big asset, coffee chain Tim Hortons. Investors are optimistic, applying a punchy price-to-earnings multiple of 22, higher than peers such as Cracker Barrel or Olive Garden (Darden).

But BK has stumbled overseas before. In Nigeria the company will bump up against local favourite Mr Biggs, which already has a quarter of the domestic market. In South Africa, too, the company faces stalwarts such as Steers. And pricing could be tricky. BK’s Facebook page for Ghana advertises a burger, chips and coke for 15 Ghanaian cedis or $3.03. That compares with a minimum daily wage of about $1.80. But in China the company made it work, after a late start and some poor decisions over menus. Now it has 1,000 restaurants there, from 50 six years ago. Nigerians have been called “ the Americans of Africa”. In that sense, at least, BK may be OK.