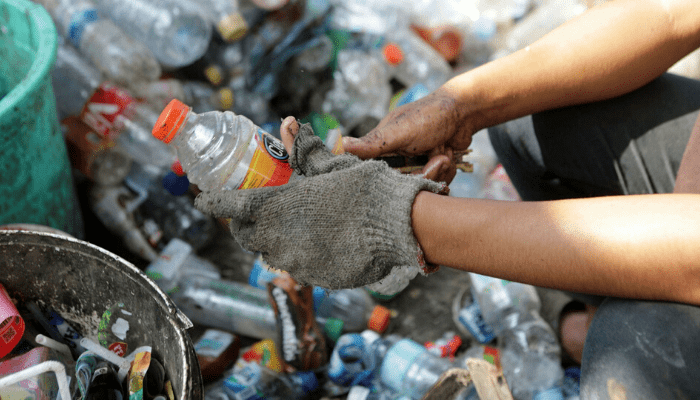 Brussels will call for new environmental taxes and corporate levies as it looks for innovative ways to finance €500bn in debt as part of its post-coronavirus recovery plan.

Ursula von der Leyen, the European Commission president, will unveil proposals this week for the EU to backstop shattered national economies by Brussels borrowing on the capital markets at low rates and then passing the money on.

The recovery plan is eagerly awaited by countries such as Italy and Spain that have borne both the economic and medical brunt of the Covid-19 crisis. But Ms von der Leyen’s intention for the recovery fund to provide the majority of its support as grants to stricken countries has provoked resistance from the Netherlands, Austria, Denmark and Sweden, which prefer loans.

EU diplomats say Brussels must find ways to repay the debt over the coming years without squeezing the EU’s coffers. People familiar with the commission proposals — to be published on Wednesday — said that Ms von der Leyen’s answer will include hunting far and wide for sources of new revenue, known in EU jargon as “own resources”, that could deliver tens of billions of euros a year.

Among the ideas, many of which will face fierce resistance from some EU capitals is a new EU-wide tax on plastic waste. EU leaders discussed the idea at an inconclusive summit on the bloc’s upcoming seven-year budget in February after it was mooted by the commission in 2018. Brussels has estimated it could raise €7bn a year.

Ms von der Leyen will also suggest that Brussels be allowed to tap revenues arising from reforms to the EU’s carbon market, known as the emissions trading system. The system, which allows companies to buy and sell permits to emit CO2, could yield about €10bn a year for the EU budget, according to preliminary estimates.

The EU also hopes for a financial benefit from proposals to impose a levy on carbon-intensive industrial products shipped from outside the bloc. Estimates suggest that the scheme, which is both complex and highly contentious, could bring in anywhere between €5bn and €14bn depending on its design.
Alongside its proposals for environmental taxes, the commission is exploring a new levy on companies that benefit from the single market, which it believes could yield about €10bn a year for EU coffers. A tax on large digital companies like Facebook and Google could generate about €1bn a year if it went ahead, according to preliminary estimates.

The commission’s recovery fund plans will be published just over a week after Germany and France joined forces to advocate a €500bn debt-financed recovery fund, a historic turnround for Berlin. But the two countries did not spell out how the borrowing on capital markets should be repaid, leaving it to Ms von der Leyen to come up with answers.’

EU officials said that, while the plans might prove controversial, they were a way to square the circle of the EU being able to service debt without either overwhelming its budget or having to take the unpopular step of asking for more support from national exchequers.

The plans would make the bloc’s budget less dependent on the national contributions that currently make up the overwhelming majority of EU revenues. But national governments have traditionally been highly suspicious of granting Brussels fresh own resources, as their treasuries jealously guard their taxation powers.

Activation of all these plans during the course of the next EU budget cycle, which runs from 2021-27, could more than cover payments on Brussels’ borrowing, but winning consent from all 27 EU member states is likely to be difficult. The commission nonetheless hopes that one or more of them could be in place by 2024. The commission declined to comment.

Should Brussels win national governments’ support for any of its proposals, they would be the first new EU-wide revenue streams to be directed towards the bloc’s coffers since the establishment of value added tax.

Existing sources of direct revenue for the EU budget include a share of VAT receipts and customs duties. In the past, the EU also received some money from a levy on overproduction of sugar.

Diplomats note that this is just one of the issues the commission must address in its plans. Others include the extent to which support from the recovery fund should come in the form of grants rather than loans, and the conditions that should be attached to receiving the money.
While German chancellor Angela Merkel and French president Emmanuel Macron have backed the idea of a €500bn fund distributed entirely as grants, this has been rejected by the Netherlands and the rest of the “frugal four”.

The four countries are instead recommending the creation of an “emergency fund” that would exclusively provide loans to stricken countries.

Black Lives Matter: How CSR occurs when a community’s cause crosses many corporates’