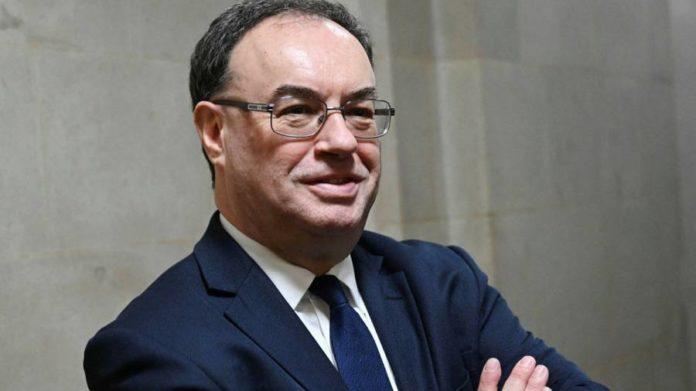 Bank of England governor Andrew Bailey has rejected suggestions the central bank should use monetary financing to protect and boost the economy amid the coronavirus crisis, saying it would “damage credibility on controlling inflation”.

Writing in the Financial Times, Mr Bailey signalled he would oppose any calls for the BOE to print money to allow the government to run up a bigger deficit as it seeks to support companies, workers and households.

“Using monetary financing would damage credibility on controlling inflation . . . It would also ultimately result in an unsustainable central bank balance sheet and is incompatible with the pursuit of an inflation target by an independent central bank,” said Mr Bailey.

Although monetary financing has been associated with disastrous economic consequences in Zimbabwe, Venezuela and Weimar Germany in the 1920s, such is the depth of the Covid-19 crisis that it has been recommended by some of the UK’S most distinguished UK economic policymakers.

Figures such as Adair Turner, chairman of the Financial Services Authority during the financial crisis, and Charlie Bean, currently on the policymaking committee of the Office for Budget Responsibility, have said that judicious BOE financing need not lead to the hyperinflation, immiseration and the destruction of society seen elsewhere.

Mervyn King, BOE governor from 2003 to 2013, said last week that the question was not whether or not the central bank should print money to buy government bonds, “the issue is how much money to print”.

At issue is how Mr Bailey and the other big figures of finance view the £200bn of government bonds the BOE committed to buying last month with money it created at the stroke of a computer keyboard after turbulence in the gilts market and a sharp slide in sterling’s value.

Indirectly, this £200bn will finance the additional public borrowing that chancellor Rishi Sunak has committed to after unveiling support packages for companies, workers and households worth at least £60bn, at a time when tax revenues are set to plunge.

Unlike its previous quantitative easing programmes, notably in the financial crisis, the BOE said the latest QE was necessary to improve the functioning of the government bond market rather than to lower interest rates.

But many investors see the BOE purchases of existing government bonds as paying for the inevitable surge in the deficit.

Sir Charlie said in a blog post last week that the BOE might need to go further and finance government directly by buying newly issued gilts in the weeks ahead.

He wrote that it was fully justified for governments to “borrow heavily” in a crisis. Recognising that the coming surge in the deficit would create “a financing challenge”, Sir Charlie said: “It would, in my view, be entirely appropriate for the Bank of England to help out by buying some of [the government bonds] directly from the government in the primary market.”

Although these ideas have been firmly rejected by Mr Bailey and the BOE, the difference between the positions of the central bank governor, Lord Turner and Sir Charlie are smaller in practice than they appear.

The classic problem of monetary financing comes from excess. If a government keeps spending without limit and gets the central bank to pay for this largesse, more money will be spent than goods and services can be produced, generating impossible-to-resist pressure for higher prices.

Should Mr Sunak, for example, want to send everyone a cheque for £20,000 financed by the BOE creating £1.3tn of newly minted sterling, very high inflation would be the inevitable result.

[Inflation would only arise in cases] where the government determined how much money gets printed and I don’t think there is reason to believe, in Britain, we will go down that road

But the numbers contemplated by Mr Sunak so far do not reach these levels. The Institute for Fiscal Studies, the leading think-tank, estimates the extra borrowing to be in the order of £150bn-£200bn.

And although the BOE has rejected Sir Charlie’s suggestion of the direct financing of government on a temporary basis, it has not ruled out making such a move if the gilts market becomes disorderly.

This practice is outlawed in the eurozone, but most economists do not see a fundamental difference between the BOE buying existing gilts to allow investors to purchase new bonds, or just financing government directly.

A bigger difference lies between Mr Bailey and Lord Turner over whether the latest QE programme is temporary.

Mr Bailey was adamant that the £200bn of QE was not a “permanent” expansion of the Boe’s balance sheet.

But Lord Turner rejected this position. “The idea [the bonds] will ever be repaid [by the government] is fantasy,” he said.

His stance reflects a judgment that the £200bn of QE will not prove inflationary because it will be a necessary substitute for deficient spending by households and companies, and help maintain an orderly bond market while the coronavirus crisis continues.

And that was also the point Lord King stressed in a webinar run by Policy Exchange, the think-tank.

Lord King said a problem with inflation would only arise in cases “where the government determined how much money gets printed and I don’t think there is reason to believe, in Britain, we will go down that road”.

All of these current and former policymakers, in different ways, were effectively saying that so long as the BOE determined the amount of government borrowing the central bank was willing to finance and how it would do so to keep inflation stable and the bond market calm, Britain would not turn into Zimbabwe.

This ambition, they all accepted, would be aided by the UK’S institutional framework for inflation control in which members of the Boe’s Monetary Policy Committee have a remit to keep price rises close to a 2 per cent target. They are tasked with raising interest rates if inflation threatens to take off.