… as Trump set to impose restrictions on Nigeria, others 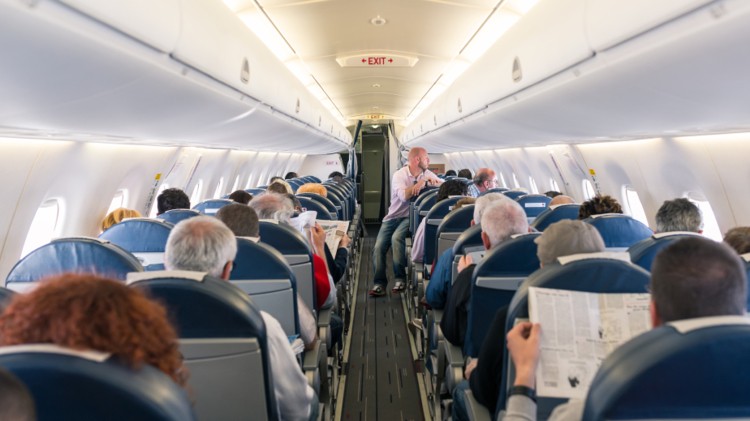 Nigerian businessmen and women who have connections with the United States and travellers who frequent the country for tourism are likely to experience difficulties if Nigeria is included in the controversial list of seven countries that would face expanded US travel restrictions when President Donald Trump makes public a final list on or before Monday.

Barely two years after Nigerian visa applicants started having difficulties in getting or renewing their visas, the situation took a negative turn with the suspension of the drop-box service a year ago by the US Embassy in Nigeria.

The implication may not be a total ban on all travellers or immigrants from affected countries, but could have restrictions placed on specific types of visas, such as business or visitor visas, administration officials said. Students and those who have established “significant contacts” in the US are expected to be exempted from the restriction.

Speaking on the development, Bernard Bankole, president, National Association of Nigeria Travel Agencies and managing director/CEO of Finchglow Travels Limited, says if Nigeria is included on the list of restricted countries, it means they are telling Delta Airlines, the major US carrier that flies into Nigeria not to operate in Nigeria again.

“Delta Airlines has sold tickets as far as May 2020. Are they going to refund to all the people they have sold ticket to,” Bankole asks.

However, Tayo Ojuri, CEO of Aglow Limited, an aviation support services company, says there wouldn’t be much difference if the restriction is extended to Nigeria because the US had earlier put in modalities to limit the number of Nigerians coming into the country.

“When they changed the application procedures about a year ago, it reduced the number of people processing visa and increased the refusal rate. So, this recent development is only to reiterate the position of President Trump,” Ojuri states.

The drop-box, introduced years ago, offers interview waiver at the US embassies across the country to applicants seeking visa reissuance under the B1/B2, F, M, L and H visa classes.

However, after the suspension, when many applications were rejected and visas cancelled without plausible reasons, every visa applicant in Nigeria was subjected to strict security, especially interview, which was hitherto waived under the drop-box.

The development impacted on the visa processing system, especially the number of applications and time of processing them.

Already, Lagos handles over 2,000 applications a day, while Abuja handles from 500 a day.

The US State Department refused more than 37,000 visa applications in 2018 due to the Trump administration’s travel ban, which affected people from Iran, Libya, Somalia, Syria and Yemen, up from less than 1,000 the previous year when the ban had not fully taken effect, according to agency data released on Tuesday.

For existing and intending Nigerian students, a visa ban on Nigeria may not adversely jeopardise studies, if history is a guide.

Restrictions on citizens of Iran, Somalia, Yemen, North Korea, Libya, Venezuela and Syria from entering the US in the 2019 did not affect students who are nationals of those countries given the exemptions of student visas, including the US F-, M-, and J-class study visas to the restriction policy. Only students from Syria and North Korea were reported to have been affected.

However, data from New York-based Institute of International Education (IIE), a 501 organisation that focuses on International Student Exchange and Aid, Foreign Affairs, and International Peace and Security, show a decline in the number of students in US schools from some of the countries affected by the ban.

Similarly, Yemen has seen a decline from 658 students in 2016/17 to 398 in 2018/19. Last year, the number of students from the country dropped by 23 percent. Libya, Yemen, Iran and North Korea share similar trend while Somalia has been an exception.

The trend is consistent with press reports about the psychological impact of the visa policy on international students in Trump’s America.

This is also as the US President Trump on Wednesday warned that the US will impose painful tariffs on imports from the European Union unless the bloc agrees to a trade deal.

“Europe has been very, very tough to deal with,’’ Trump told US broadcaster, CNBC at the World Economic Forum Summit in the Swiss town of Davos, one day after meeting European Commission President Ursula von der Leyen there.

This development may also affect Nigeria, as Nigeria is a major exporter of cocoa, animal skins, cashew nuts, sea foods and rubber to Europe, Asia and America.

Trump complained that EU countries have been exporting significantly more into the US than the other way around.

He claimed that he had restrained himself so far because he was concluding the recent trade deal with China first.

“Look, if we don’t get something, we’ll have to take action and the action will be very high tariffs on cars and other things that come into our country,’’ Trump said.