The people of oil-rich Ohaji, Egbema and Oguta local councils in Imo State, Southeast Nigeria, are cut off from the rest of the world. They are the proverbial geese that lay the golden eggs for oil and gas companies, but their children sit in schools with leaky roofs.

They have no electricity to charge their phones. Their elders die every now and again for lack of functional medical centres. They have a major road that was built in 1980s by the then Governor Sam Mbakwe, which is now dilapidated owing to lack of maintenance. Many of their young men and women have no job.

The Niger Delta Development Commission (NDDC) and Imo State government collect billions of naira in taxes from oil and gas companies operating in these communities, yet the people lack basic amenities that make life meaningful. Oil and gas companies sometimes carry out corporate social responsibilities (CSRs) for the communities, but these hardly translate into improvement in the lives of the majority of people living there. 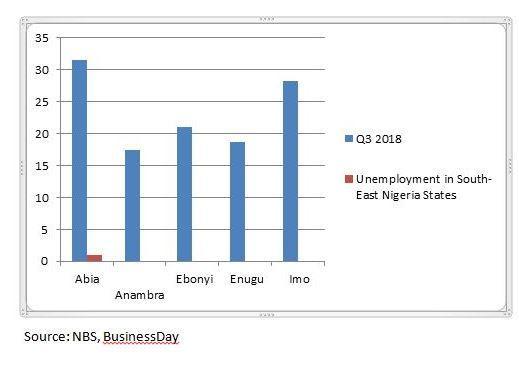 Ohaji, Egbema and Oguta host major oil and gas companies such as Shell Nigeria, Chevron Corporation, Waltersmith, Sterling Global, among others. These companies operate in Umuapu, Obitti, Awarra, Obile and Assa in Ohaji; Abacheke, Abaezi, Mmahu in Egbema, and Agwa in Oguta. For administrative convenience, Ohaji and Egbema operate as one local government.

BusinessDay has toured Ohaji/Egbema and Oguta to investigate the level of development there, but some of the findings are startling.

Agwa in Oguta hosts Sterling Global Oil Exploration and Energy Company. The town has several autonomous communities such as Mgbala Agwa, Obudi Agwa, Umukpo Agwa and Umuomi Agwa. Nnamdi Onyema, 52, a native of Mgbala Agwa, has not seen electricity supply from a public source or Enugu Electricity Distribution Company (EEDC) in the village in the last decade. Like other villagers, he pays to charge his phone at a business centre in the community that puts on generator twice a day. 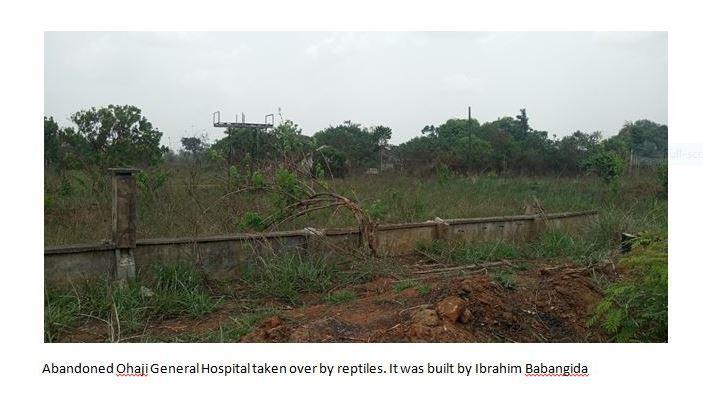 He heaved a sigh of relief four years ago when his children in primary and secondary schools were given scholarship forms by an agent of Sterling Global. But in the last four years, his children have filled out such forms three times without any outcome. He complains that his wife can no longer farm because of the negative impact of the activities of the oil company on her farm.

“Nothing grows there again,” he mutters “Yet, we are not compensated.”
Eze Blaise O. Uba, the traditional ruler of Mgbala Agba, runs four generating sets in his palace. He says the community has made representation to the oil firm, yet nothing has come out of it. According to Uba, the oil company moves 48 tankers of oil out of Mgbala Agwa community every day, but does not contribute to road rehabilitation.

“Our community produces the largest quantity of oil around, but it has no electricity, good road and water,” he says.

True to his words, the source of water in the community is mainly from wells as there are no taps anywhere.

Uba complains that the company has never sponsored any free medical test and does not recognise him as a traditional ruler. He says bad roads, especially during rainy season, prevent women from going to their farms.

“No son of Agba works in the company,” the traditional ruler says.
“A contractor handles employment and even brings security personnel from outside Agwa,” Uba discloses.

He explains that the community once appointed a contractor to help its case, but Sterling Global did not recognise him.

“We have no community liaison officer. The company said it would not work with me. Our health centre has no facility, and drugs are bought by the centre and sold to people,” he further says. 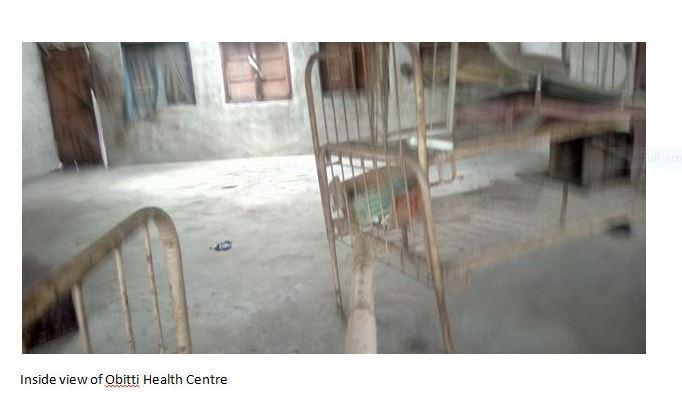 A sizeable number of young people in the entire Agwa community are jobless. Even when they work, they do menial jobs due to lack of opportunities in the community, a senior member of Agwa says.

Two young men in the community say they earn N600 ($1.33) and N700 ($1.55), respectively, each day from working in people’s farms even though they both possess an Ordinary National Diploma (OND), a certificate obtained from completing a two-year course in a Nigerian polytechnic. This puts them in the extremely poor-people category, going by the World Bank classification of persons living on less than $1.90 per day.

The company is accused of killing a woman few years ago with its vehicle, paying just N1 million ($2,778 at exchange rate of N360/$ then) to the family as compensation and then giving the deceased’s brother a job.

“But the company sacked him three months after,” one villager alleges.
Sterling Global is an Indian oil exploration and energy company operating in many communities in Nigeria.

In May 2019, the House of Representatives, Nigeria’s lower legislative chamber, ordered the firm to halt oil exploration at Ogwu Ikpele in Ogbaru Local Government, Anambra State.

Chukwuma Onyema, who represents Ogbaru in the House of Representatives, had accused Sterling Global of operating in their land without Environmental Impact Assessment, Baseline Survey, Social- Economic Impact Assessment and CSR.

No official of Sterling Global agrees to speak with BusinessDay on these allegations or at least provide the company’s CSR in the community. One of the officials of the company says he does not know who should react to the allegations within the company. 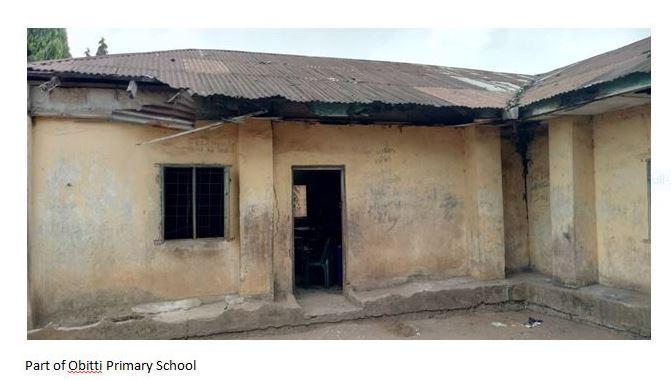 Communities in Oguta and Ohaji/Egbema are cut off from the national electricity grid. At Obitti, located in Ohaji, one of the oil-producing communities, a 73-year-old man says he has not seen electricity supply from a public source since he was born. The entry of a new power supplier, EEDC, in early 2014, has not changed that.

Most of the communities visited by this writer do not have electric poles. As businesses thrive in communities with electric power, communities such as Umuokanne, Ohoba, Obosima, Obiakpu in Ohaji, among others, look like deserted places, as entrepreneurs avoid them like a plague. Telephone network service is limited in some of the communities, making communication difficult.

The bigger story is that individuals have been collecting millions of naira as electricity bills from Imo State Oil Producing Areas Development Commission (ISOPADEC) in the last 10 to 15 years on behalf of Ohaji/Egbema, even though communities in the local councils have no electricity insignia. Their act is very familiar: They collect the money from ISOPADEC claiming to pay the EEDC, the electricity distribution company, on behalf of the oil-producing communities. But the payment, if done, is questionable considering that the communities in question do not have electricity.

“Do you pay for electricity you have not used?” Ike Ibeabuchi, a businessman, who is familiar with corruption-related issues, asks.

This writer is told that this act was common during former Governor Rochas Okorocha’s eight-year regime. Not just electricity bills, money meant for projects in Oguta and Ohaji/Egbema is siphoned by individuals known to the government. All fingers are pointing at ISOPADEC that has become a conduit pipe for politicians who have no interest of the people at heart.

Hope Uzodinma, Imo State governor, had said in March 2020, during a visit to Mmahu community, in Ohaji/Egbema, that he would no longer tolerate the culture of misuse of funds accruing to the oil-producing communities in the state. He had described as outrageous, the monthly N10 million ($22,222 by today’s exchange rate of N450/$) electricity bill paid to EEDC by ISOPADEC, stressing that the government was looking into the issue.

An official of Imo State government says the government is yet to begin investigation into the fraud.

“Section 15 subsection (5) of the Constitution empowers the state to abolish corrupt practices and abuse of power when found,” Odinakachukwu Okeke, a lecturer of law at a Nigerian university, says.

“It is a general umbrella that accommodates issues of corruption. Again, the governor can petition the Independent Corrupt Practices Commission (ICPC) or the Economic and Financial Crimes Commission (EFCC),” he recommends.

Joel Shaibu, a human rights activist, urges the governor to probe the matter to ensure that justice is done to the communities.

Light at the middle of the tunnel?

In December 2019, Emeka Ihedioha, immediate past governor of Imo State, visited Ohaji/Egbema alongside ISOPADEC and Waltersmith Petroman Oil Limited, an integrated energy company, to flag off an electrification project for Umuapu, Obite, Ochia, Awarra, Assa and Obile in Ohaji/Egbema. The project was valued at N460 million and was to be funded jointly by Waltersmith and ISOPADEC.

Waltersmith Petroman had released a statement saying that it was proud to be an equity partner in the project being a symbol of its CSR. However, in January 2020, the Supreme Court of Nigeria removed Ihedioha as Imo State governor and declared Uzodimma as winner of an earlier 2019 election. Since Ihedioha was sacked and Uzodimma became governor, the project is yet to kick-start.

Eriye Onagoruwa, external affairs and government relations manager, Waltersmith, tells BusinessDay on enquiry that “Waltersmith is co-funding an electrification project in conjunction with ISOPADEC for Ohaji/Egbema and as part of its commitment to fund 50 percent of the project. It has paid the first milestone payments towards the actualisation of the project.”  Sources tell BusinessDay that ISOPADEC is yet to pay its own part.

Imo State government earns 13 percent derivation monthly from the Federal Government of Nigeria as an oil-producing state. The revenue comes to the state as a result of activities of oil and gas firms at Oguta and Ohaji/Egbema. But the money is not being used to develop the oil-producing communities.

Oil companies also pay taxes to the NDDC for the development of the communities. Shell paid Nigerian government $5.6 billion (N1.7trn) in taxes, royalties and fees in 2019, the company disclosed in its sustainability report for 2019.

Those familiar with oil industry matters confirm that the only reason for paying taxes or fees to the NDDC is to enable them fix infrastructure decays in the Niger Delta states such as Imo, Abia, Ondo, Rivers, Bayelsa, Cross River, Akwa Ibom, Edo and Delta.