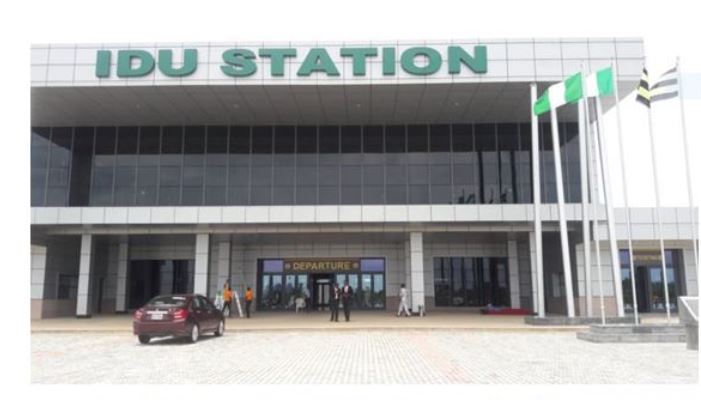 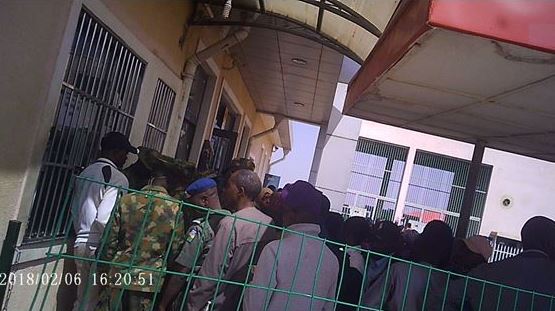 I step out of the train knowing, without being told, that securing a 10am ticket is impossible. If there was a long queue in Abuja, here there are two longer ones, male and female, each tailing into a curve rather than the straightforward line I witnessed in Abuja. Mariam Mohammed, a frequent train user, tells me I have no hope of securing even the 6pm ticket if I join the queue without “pressing buttons”. I heed her advice but I also join the queue. I soon discover that even though it was just 9:30am, the last-resort ‘standing’ tickets for the 10am trip were unavailable for sale.

The 10am ride flies past and anticipation of ticket sale for the 2pm ride starts to build. We all wait for 30 minutes but nothing happens: 10:40am, 10:50, 11:00, 11:15, 11:30, 11:45am; still no-show. At this point, I dial the phone number of Ahmad Attahiru, Mariam’s go-to person for tickets. Attahiru tells me he’s run out of tickets but sends me the contact of one ‘Habu’, another ticket peddler with links to railway officials. Habu tells me I am a few minutes too late.

“I would have had tickets for you,” he says. “But an Army General just called to buy 30 tickets.”
The very surprising thing is that when the train eventually takes off, there are no 30 soldiers in it. So, for whom did the said Army General purchase the 30 tickets? 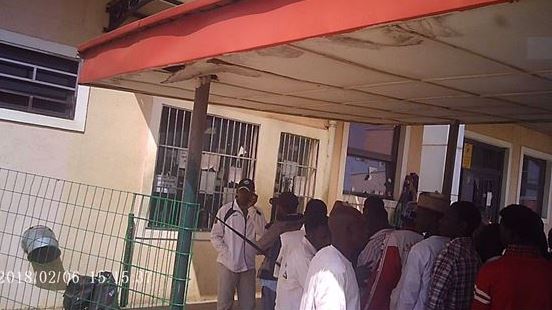 Due to the unwieldy size of the crowd at Rigasa, the authorities put a soldier in charge of the queue. Dressed in a fez cap and white tracksuit with a little opening for a glimpse of his camouflage, his real job is to puncture any potential crowd commotion in the race for tickets but it turns out he is the ringleader of illegal ticket purchase and resale. When he is not watching over the crowd, he is busy negotiating deals on the phone with prospective ticket buyers. Finally, at exactly 11:55pm, the windows open for the first-ever sale of tickets for a train ride scheduled for 2:20pm. In anticipation of ticket sales, more than half a dozen soldiers and policemen bulldoze their way to the front of the queue. This agitates the patiently-waiting crowd.

Please place ‘Passenger Tension At Rigasa Train Station’ video https://youtu.be/BM4tUju5zto here
When the sale of ticket finally commences, it is exclusively to soldiers and policemen. It doesn’t take too long before the crowd develops the needed bellicosity to challenge the officers. One policeman emerges from the sales point with six tickets, much to the consternation of the men in the queue who can only buy one ticket per time.

“Are they above the law?” one passenger asks.

“They’re the ones who should uphold the law but they’re the ones breaking it,” one adds. “Imagine? What will he do with six tickets if not to resell them?”

While many of those passengers do nothing but grumble, one particular passenger, seen in the video as spotting a white vest and blue pair of jeans, confronts the officers.

“I’ve been here before 10am; [it’s almost 1pm] and I’m still way back in the queue. Meanwhile, some officers here are buying 10 tickets, 15 tickets,” he laments.

Soon he walks towards the sales point and tells the railway officials: “See, what you people are doing is not good o. I’m here in the sun while some idiots are in their house yet they’ll get tickets.”

Riding to abuja with ghost tickets

Not wanting to risk missing the 2pm ride since there was no assurance of securing tickets for 6pm, I approach Isa, a young man whom I had noticed was speaking to stranded passengers in hushed tones. I had made friends with two other stranded passengers, so we were three listening to his instructions. The young man promised to “help”. He told us we would pay N1,500 each; we would receive a ticket; however, the ticket would not be marked used. For this to happen, we would, at the boarding gate, identify his partner in crime who would collect the ticket from the first passenger but wouldn’t mark it. The same unmarked ticket would be brought back to clear the second passenger and also the third.

“You see that tall guy in black shirt by the gate, the one standing on the left? He’s the one you’ll give your ticket. Don’t give anyone else,” says Isa.

My friends and I all follow his directive. At the boarding gate, the tall guy waves us in without ticking the ticket. A third man further inside asks to see the ticket but the moment he has a look, he motions us in. Isa joins us moments after to lead us to two seats on Coach 8. He disappears to bring in the third guy, then reappears to demand his and his bosses’ payment.

“Let me go settle my bosses outside,” he says, before adding: “Anything for your boy? You no go show me love? This one na my oga go collect am, highest na small thing go reach my hand.”

A conversation on ‘help’

passenger tickets. Seeing we couldn’t produce any tickets, one threatens to eject us unless we pay him. We protest vehemently, reminding him we had paid Isa hence we weren’t going to make a second payment.

A lady seated nearby says we shouldn’t have mentioned Isa’s name. “He was only trying to help you,” she argues, thus sparking a lengthy argument about the difference between ‘help’ and ‘exploitation’. “If he didn’t help you with those fake tickets, you would still be there in that queue by now.”

But the guy right next to me was having none of it. This was a nine-coach train with 88 seats each; that’s 792 seats, yet the number of seat tickets sold for this trip was nowhere near 100.

“To hell with help!” he yells. “This train seats 792 passengers but those who got seat tickets by queuing up were probably between 60 and 80. The number of people in that queue was between 400 and 600. If the train officials sold to everyone in that queue, every single person would get a ticket without anybody’s help. You must be really myopic to think those who hoarded tickets to make money off you were indeed helping you.”

‘A lot of distrust’

Mairo Ibrahim, a frequent user of the Abuja-Kaduna train service, believes one of the damages caused by ticketing corruption is the “immense distrust” passengers now have in the system.

“The passengers no longer trust the system,” she observes. “There is a complete lack of trust in it.”

Restoring sanity to the system, though, isn’t rocket science. “People should do their jobs with integrity,” she says. “If you’re selling tickets, just do it the right way. The NRC should be organised. People see that the ticketing system is disorganized; that is why they try to find shortcuts.”

Transport ministry passes up the chance to speak 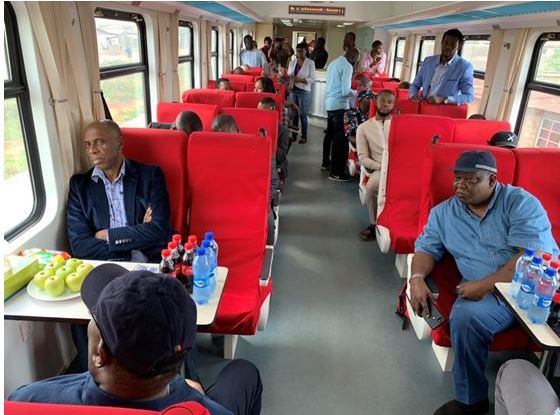 There was an attempt to contact Rotimi Amaechi, the Minister of Transport, but his media aide David Iyofor said all enquiries should be directed to Eric Ojikwe, Director of Press of the Transportation Ministry. However, when contacted, Ojikwe told the journalist to come to the office immediately. When the journalist asked to speak on the phone since he was based in Lagos while Ojikwe was in Abuja, he was told to visit the railway station at Ebute Meta, Lagos, to speak with one “Alhajia Mahmoud”.

Online ticketing is the way to go 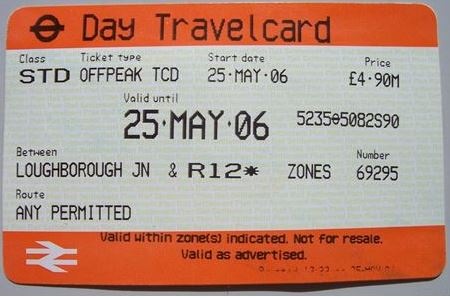 Dr. Bola Oyesola, a Nigerian who has lived in the UK and has recently completed her Ph.D. at Cornell University, Ithaca, United States, believes the NRC can eliminate ticketing fraud by modelling its operations after the famed train system of the UK.

“Cards valued for a month can be made available to passengers travelling a route every day; they buy the card, swipe it every time they pass that route, then the fare is deducted,” she says. “Passengers can also be made to buy the tickets online outright. People can buy cards, get their receipts online and only show up at the station to swipe the cards.”

Typically, tickets for all London Overground trains and many National Rail services in the UK are purchased with a Visitor Oyster card, Oyster card or Travelcard, as well as contactless payment cards. Oyebola reckons there will always be people who prefer buying the tickets in person, but the strategy for discouraging them is to cheapen the online tickets. “If online tickets are half the cost of in-person tickets,” she argues, “less people will fancy physical purchase of tickets, which in turn bypasses fraud”.

Some things have changed in the operations of the Abuja-Kaduna rail line since the start of the Coronavirus pandemic that momentarily grounded almost everything in Nigeria, including original plans to publish this story back in March. For example, on resumption of train travel after a four-month suspension, President Muhammadu Buhari approved a 100 percent increase in fares, with economy class now N3,000 instead of N1,500, business class now N5,000 instead of N2,500, and the VIP coaches that went for N3,000 now going for N6,000.

However, the ticketing corruption remains constant. After travelling from Kaduna to Abuja by rail on Monday September 14, 2020, Aliyu Dahiru Aliyu, a Co-founder of Hausa Wikipedia, moaned about his endless wait for a ticket.

“I was at Rigasa Station to board a train to Abuja yesterday. I couldn’t get ticket for 10:00am train so I waited for the 2:00pm one. They started selling the tickets at around 12:30 and didn’t sell it to more than 30 people when this woman [points down] came and asked them to stop selling!” he tweeted.

“They told us the tickets had been sold out! A train that could accommodate more than 300, even with the social distancing! I was about to cry when someone that I was there with since 10:00am sold his ticket to me because he couldn’t get two more tickets for his family.”

‘The train has derailed’ 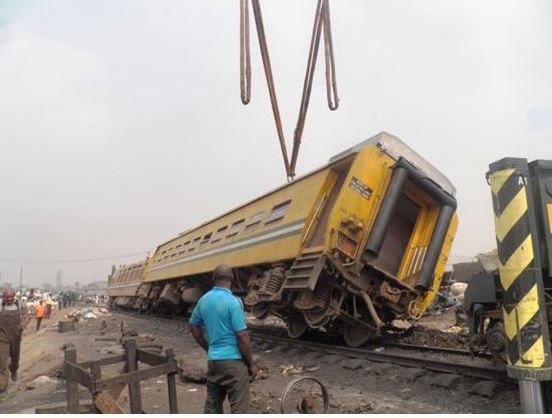 Every major government pronouncement on rail transport is always about the comfort of the people and ease of doing business. From Obasanjo to Goodluck Jonathan and now Buhari, these were always the tag lines.

Just last month when the Nigerian Railway Corporation announced that the “Lagos-Ibadan railway line will grace the newly acquired 24 coaches”, with the trains to “run 16 trips daily when operations begins next in September”, it gleefully added: “With this, you comfortably reside in Ibadan and work in Lagos.”

But the ordinary people can scarcely be counted among the beneficiaries of the ongoing expansion of rail travel, says Idris Yesufu, a frequent traveller based in Kaduna. “Rail transport is meant for the people but with ticketing corruption, it is now reserved for the rich and powerful.”

“With ticketing corruption, the focus has been lost,” he adds. “Quite simply, the train has derailed!”